What It Takes to Defend Harvard

As the University faces a barrage of lawsuits, it must think carefully when choosing who to defend it. 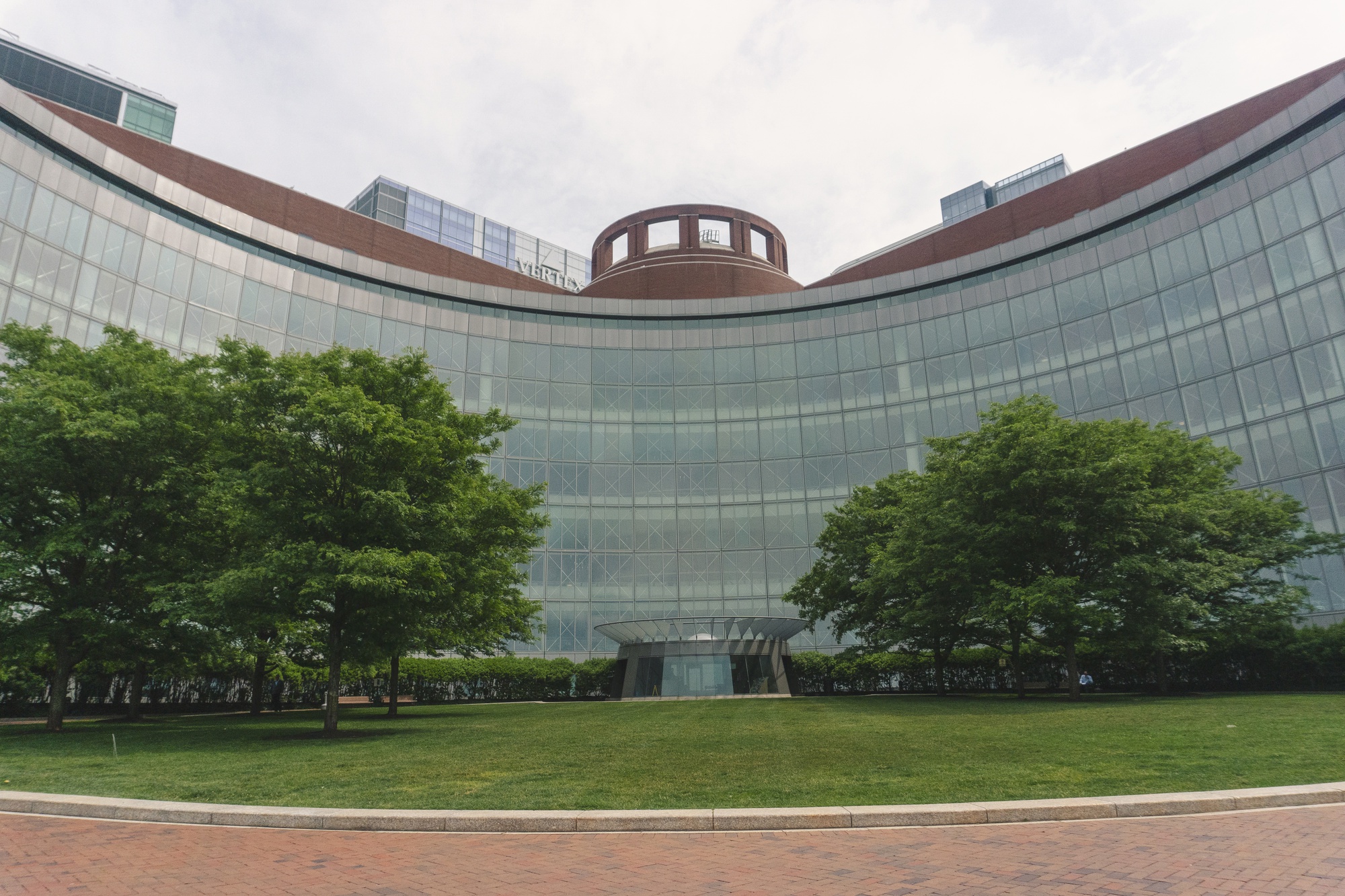 What It Takes to Defend Harvard

As the University faces a barrage of lawsuits, it must think carefully when choosing who to defend it.
By Camille G. Caldera and Molly C. McCafferty

Waxman has delivered 80 oral arguments in the Supreme Court. He served as the United States Solicitor General under President Bill Clinton. And not only is he an alumnus of the College, but he is also a former president of Harvard’s Board of Overseers, the University’s second-highest governing body.

These qualities make it “logical,” experts say, that the University chose Waxman as a lead attorney in Students for Fair Admissions v. Harvard, a high-stakes lawsuit brought by an anti-affirmative action group. The lawsuit, which contends that the College’s admissions processes discriminate against Asian American students, has attracted significant attention in recent months both at Harvard and across higher education writ large.

But the high-profile admissions suit is not the only legal challenge Harvard is currently facing. During the 2018-2019 academic year, the University and its Corporation — known formally as the President and Fellows of Harvard College in lawsuits — faced 27 lawsuits in state and federal courts, 18 of which remain ongoing as the school year draws to a close.

The charges against the University in the cases vary widely, from civil rights complaints to labor lawsuits to intellectual property disputes. In handling such a broad spectrum of cases, the University constantly faces an important decision: who is best suited to defend one of the most prestigious academic institutions in the nation when it comes under attack? 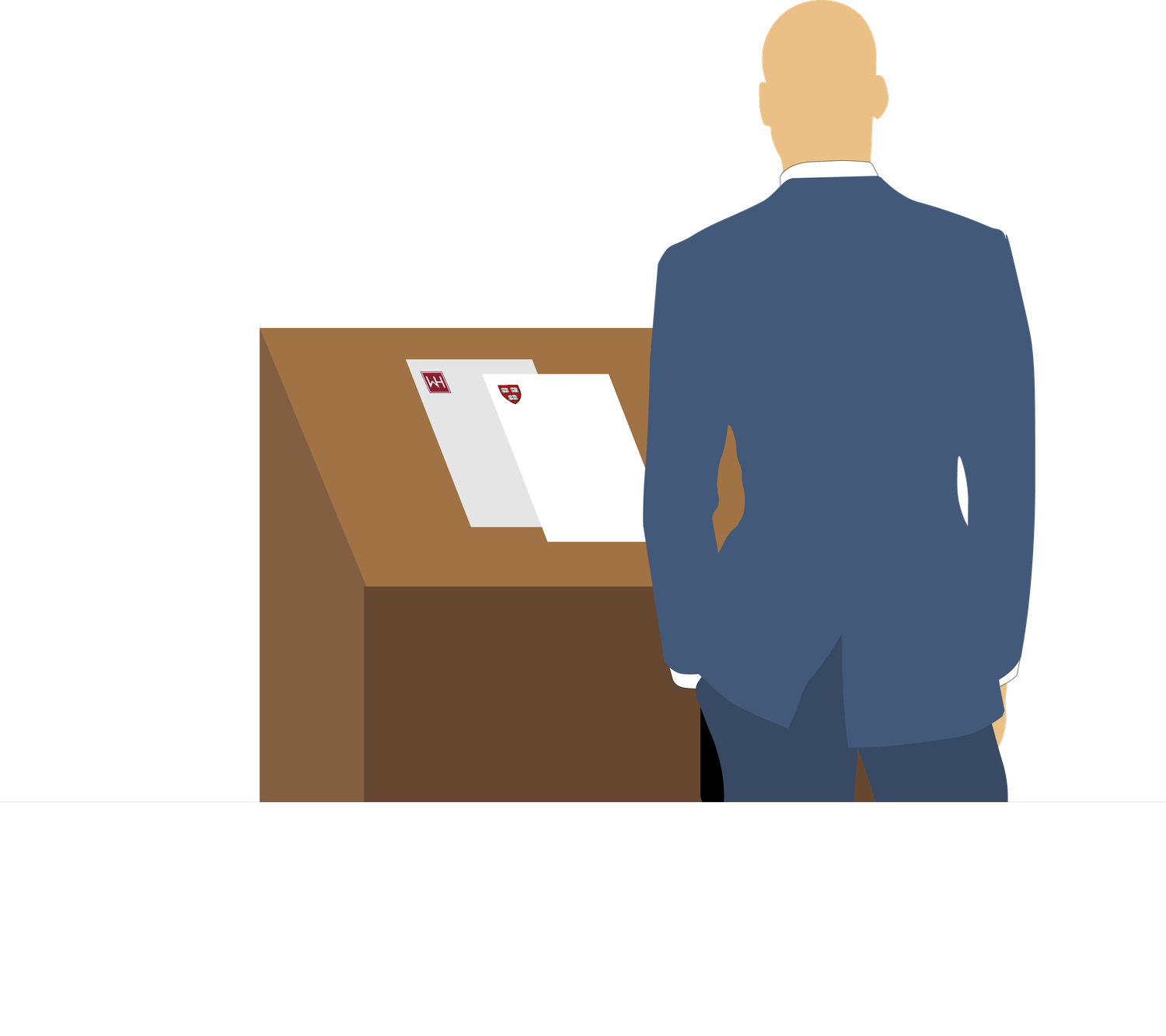 Despite the wide range of legal challenges, there are some qualities the University returns to time and time again when choosing its representation.

Predictably, Harvard always seeks out the experts on any particular type of litigation.

“I think that the first thing that Harvard’s probably looking for is subject matter expertise,” said Mishell B. Kneeland, who represented the University of Texas in the second of its two high-profile affirmative action cases — Fisher II.

In Harvard’s own admissions processes challenge, Waxman’s past contributions to affirmative action defenses made him an unsurprising selection.

Waxman wrote an amicus curiae brief on behalf of Ivy League universities, MIT, and Stanford when the Supreme Court heard Fisher II. In that case, Abigail N. Fisher unsuccessfully alleged the University of Texas’s race-conscious admissions policies violated the Equal Protection Clause of the 14th Amendment. Waxman was also listed alongside Harvard’s General Counsel Robert W. Iuliano ’83 and several other current Harvard admissions trial lawyers as an author of the University's amicus brief in that case.

Former Princeton General Counsel Peter McDonough said Waxman and his firm, WilmerHale, were the “logical choice” to take on the case, given Waxman’s prominence in the legal profession and the firm’s reputation for handling higher education litigation.

“I'd probably have been surprised if Harvard tapped another team of lawyers for that case,” McDonough said. “That brief was terrific. They’re wonderfully expert and experienced in this area.”

Other expert lawyers may not have the same high profile, but Harvard still seeks out those who have demonstrated an ability to win nuanced cases.

Harvard has faced three Title IX lawsuits in the past school year. One lawyer on all three cases — Victoria L. Steinberg ’01 of Todd and Weld, one of the firms Harvard calls upon most frequently — lists obtaining “full dismissal of a former student's Title IX federal court case against a university, vindicating the university's internal process for handling of the plaintiff's complaint” as a “representative accomplishment” on her online biography.

Expertise in a given subject, though, is likely not enough to win over Harvard. Many of the 61 outside lawyers Harvard employed this year have resumes bearing similar accomplishments and bona fides in the legal profession.

For one, nearly half of the outside counsel currently litigating for Harvard are partners at their firms, a status that takes years to attain.

Several have significant experience at the federal level: Namely, one in five boast substantial experience either clerking for Supreme Court justices or making oral arguments before the court. Three have argued more than 15 cases before the body.

Harvard also takes firms’ litigation records into account, but by no means sticks to one particular supplier; on the contrary, the attorneys retained this year hail from 17 different firms.

Roughly a sixth of the lawyers who worked for the University this year worked on at least two cases concurrently. Two lawyers — Steinberg and Stephen D. Coppolo of Murphy and Riley — worked on four Harvard cases this year.

“Knowledge of the institution and its operatives is incredibly helpful for a particular type of representation,” Lake said. “You don't want people at the zero point learning curve coming in.”

Nearly a third of the lawyers on cases this year earned a Harvard degree, the majority either from the College or the Law School. In addition to Waxman’s administrative ties, William F. Lee ’72 — another WilmerHale lawyer on the admissions case — is the Senior Fellow of the Harvard Corporation.

Lee has been a University affiliate since 1968, first as an undergraduate, then as an Overseer, and finally as a member of the Corporation.

He said in an interview last week that such long-standing connections have been a boon to WilmerHale’s legal strategy in the admissions case, adding that his devotion to Harvard has made him “more invested” in the case than other cases he has tried.

“At the end of the day, even though the institution is phenomenally complicated, even though there are so many different legitimate perspectives and views, there are certain fundamental values that the University stands for, and over the years I've come to understand those values, you know, critically importantly,” Lee said.

He noted that despite these benefits, his appointment has also posed some challenges. In order to avoid holding “competing imperatives,” Lee agreed to represent the University pro bono, and has recused himself from any Corporation discussions regarding the lawsuit.

“During the course of the trial, whenever the issue came up, I actually physically left the room,” Lee said.

Though Harvard retained 61 outside lawyers this year, it nonetheless maintains its own core of in-house attorneys to manage its legal affairs more generally.

Led by Iuliano, the Office of the General Counsel is responsible for overseeing the University’s daily legal needs in addition to managing its litigation strategy. Its lawyers rarely take cases to trial, but the office plays an important role in every suit the University faces: orchestrating the legal teams that represent Harvard.

“Harvard has diverse legal needs, with many of the issues of a small municipality on top of those presented by a vibrant educational environment, in that the legal issues range from tax to intellectual property, from real estate to employment, from sponsored research to student issues,” Iuliano wrote in an emailed statement.

“Drawing on the expertise of outside counsel is one way we manage that array of workload, in addition to the talented in-house legal team we have built within OGC,” he added.

McDonough said work requiring “daily expertise” about the institution is usually handled in-house, and that such work is often extensive and time-consuming.

Lake said that because of these other responsibilities, when it comes to handling lawsuits, OGC may lack the time and specific expertise necessary for the job.

“For a school the size of Harvard, with the amount of litigation it has, it would be almost unthinkable to try to handle everything from one central office on campus or even to use just one law firm,” he added.

Though OGC lawyers rarely stand before the bench, after selecting attorneys to argue its cases, the office manages outside lawyers throughout the litigation process, according to Iuliano. Ara B. Gershengorn ’93 is the only OGC attorney who represented the University in court in the past year. She examined Charlene Kim, a Harvard admissions officer, during the SFFA trial, according to court records.

“The Office of General Counsel (OGC) works very closely with any outside counsel we engage; the allocation of responsibilities between the firm and the OGC is determined on a case-by-case basis,” Iuliano wrote.

Lake compared general counsel’s offices to air traffic controllers managing outside lawyers and deciding its own level of involvement in preparing cases.

“The general counsel has to decide, ‘do my people manage the landing of planes, go out on the tarmac, actually pilot a plane?’” Lake said. “You see the tower, but the planes come and go, and it's all happening through air traffic control, and that itself requires a lot of time and energy.” 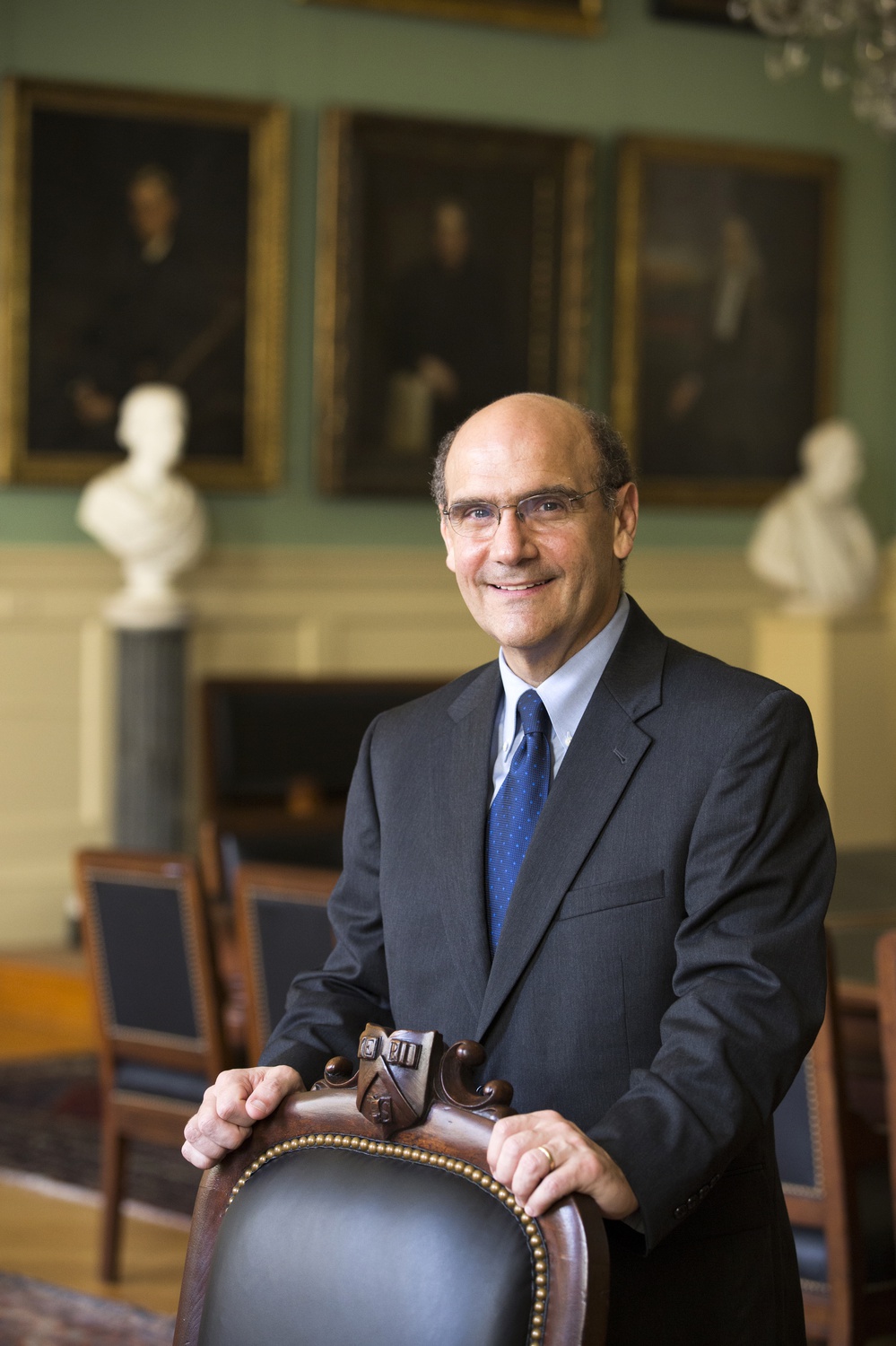 ‘A Class of Professional Defendants’

In a year when lawsuits against Harvard seem to saturate headlines across the country, the University’s legal strategy and its lawyers are under strict scrutiny.

Harvard’s practice of maintaining a large in-house managing team and turning to outside counsel for litigation is the industry standard for higher education today.

But that was not the case a few decades ago. Before then, universities typically retained only one lawyer in their general counsel’s offices, if that, according to Georgetown Law School lecturer Frederick M. Lawrence, who specializes in higher education.

“Now, in most schools, and certainly at the level of a Harvard or Yale or Stanford, the in-house counsel is not just a person, it's like a small law firm,” Lawrence said. “And it's a pretty select law firm.”

The growth of university infrastructures to manage legal challenges aligns with the changing landscape of lawsuits against colleges and universities nationwide, according to Lake.

“This is a longstanding development over the last 30 years or so. Universities are getting called to court with increasing frequency,” he said. “The elite institutions have almost created a class of professional defendants.”

“It's just business as usual now to get sued for just about everything, in every dimension, and to go to court,” he added.

Media attention and a desire to change legal norms may also increasingly play a role in people’s decisions to sue high-profile institutions like Harvard.

“Everybody comes to the leader... [if] they sort of want to test all the big issues,” Lake said. “If I sue Harvard — particularly if I throw incendiary claims at it — I'm splashed all over the media.”

Barbara A. Lee, a higher education law professor and Senior Vice President of Academic Affairs at Rutgers University, said though cases like the admissions lawsuit place Harvard in the public eye, national scrutiny depends less on the institution than upon the issue being litigated. She cited Fisher and an admissions case at the University of Michigan as examples of major cases against non-Ivy League institutions.

“To be honest with you, it doesn't have to be Harvard. It could be a lawsuit against some other institution,” she said. “It's not necessarily the name of the university that's the issue, but it's the impact of the decision on the rest of us that we’re watching.”

Regardless of the motives driving the lawsuits, the magnitude and scope of ongoing litigation could take a toll on the University long term.

“The underlying thing is, in an age where what everybody wants is to sue colleges, institutions like Harvard become professional defendants, and students and the endowment pay the burden of it,” Lake said.

Though Harvard does not disclose its outside legal expenses, the costs of lawsuits against public universities reveal their significance. The University of North Carolina, Chapel Hill spent $16.8 million on legal fees in a suit against it from Students for Fair Admissions between February 2015 and July 2018, according to public records requests filed by the Raleigh News & Observer.

“No matter how robust their endowment, or how they are financially relative to others, every college in America is trying to minimize the expense that they incur on running the business of higher education,” McDonough said.