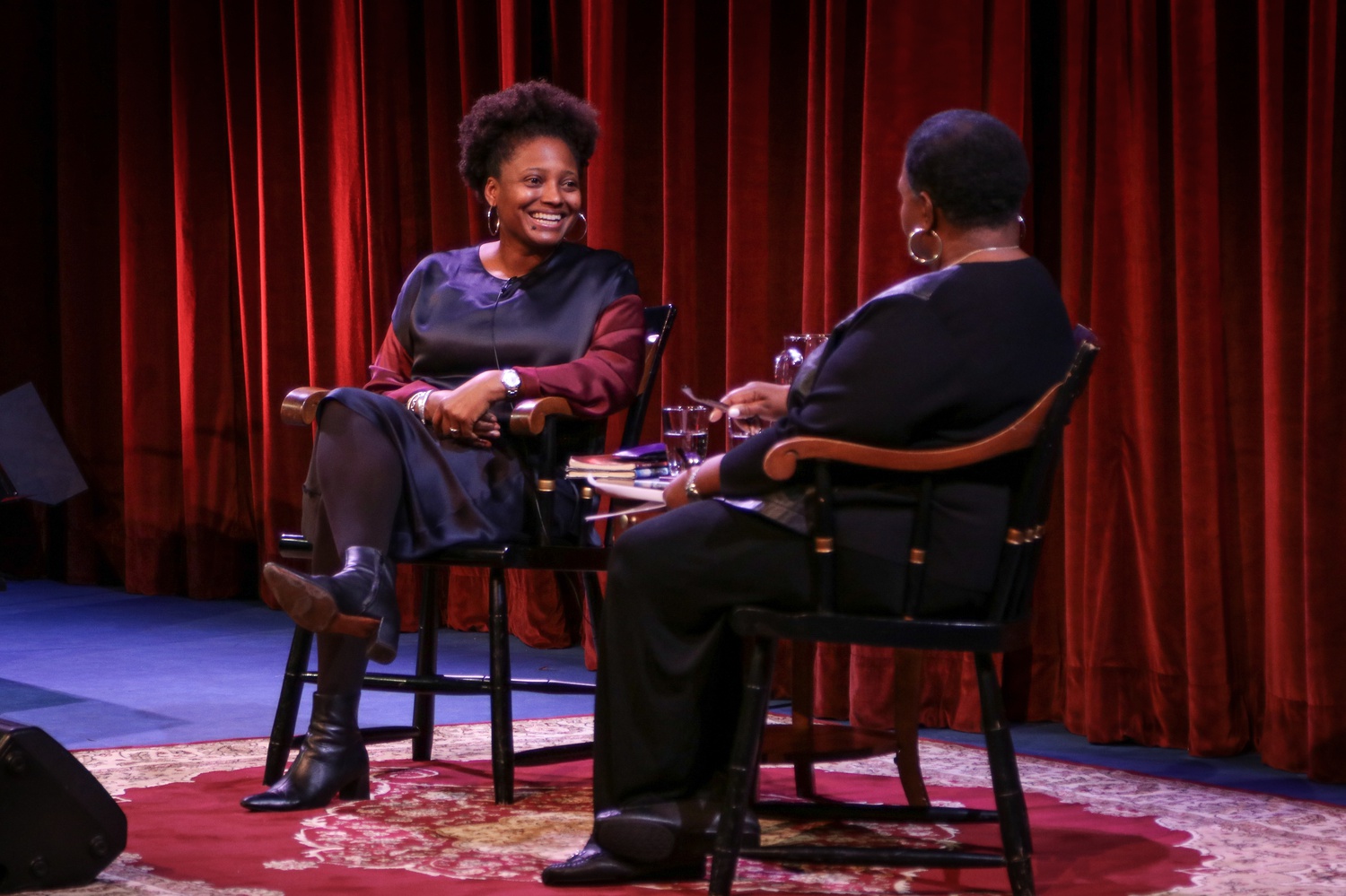 The medal is awarded annually to alumni of Harvard or Radcliffe for their achievements in the arts. Past recipients include Margaret E. Atwood ’62 and Matt P. Damon ’92. The University announced in March that Smith — a former Crimson editor — would receive the award, in conjunction with her selection as the 25th reunion chief marshal.

Bacow officially granted the award to Smith at the end of an event during which she read excerpts of her poems and answered students’ questions about her work and career. Bacow said it was a “special honor” to grant Smith the accolade — the first Harvard Arts Medal he has granted in his presidential tenure.

“The privilege of returning to Harvard’s campus to be recognized as belonging to this place means the world to me,” Smith said after receiving the medal.

In her brief remarks, Smith also discussed her view of poetry’s importance in today’s society.

“I place enormous faith in the reading and writing of poetry as tools for repairing our human culture in the 21st century,” she said.

Earlier in the event, Smith read several of her award-winning poems and reflected on them during a conversation with Callie Crossley, a radio show host at local Boston public radio station WGBH.

Smith read an excerpt from her poem titled “I will tell you the truth about this, I will tell you all about about it” — a piece comprising letters written by African American soldiers and their families during the Civil War.

“I think of it as this really beautiful chorus of American voices that have gone underheard but that tell an incredibly relevant piece of the American story,” Smith said.

Students who attended the event asked Smith questions about her identity as a female poet of color, her role as the country’s poet laureate, and the autobiographical aspects of her work. In response, Smith discussed her writing process.

“I put the audience — sorry — last,” Smith said, drawing laughter. “It’s that hard conversation with myself that I’m trying to have when I’m writing a poem and other people aren’t invited to that.”

Smith also said her poetry has changed in tone as she has moved around the country. She has ties to several different states, including California, New York, and Alabama. Smith is now a professor in the humanities at Princeton University and directs the school’s creative writing program.

“I think poetry is something that allows me to feel more anchored to whatever place I’m in,” Smith said.

As Harvard’s 25th reunion chief marshal, Smith will lead the 368th iteration of Harvard’s Commencement exercises. This year’s exercises will take place in Tercentenary Theatre on May 30. German Chancellor Angela D. Merkel is scheduled to deliver the principal address at the ceremony.