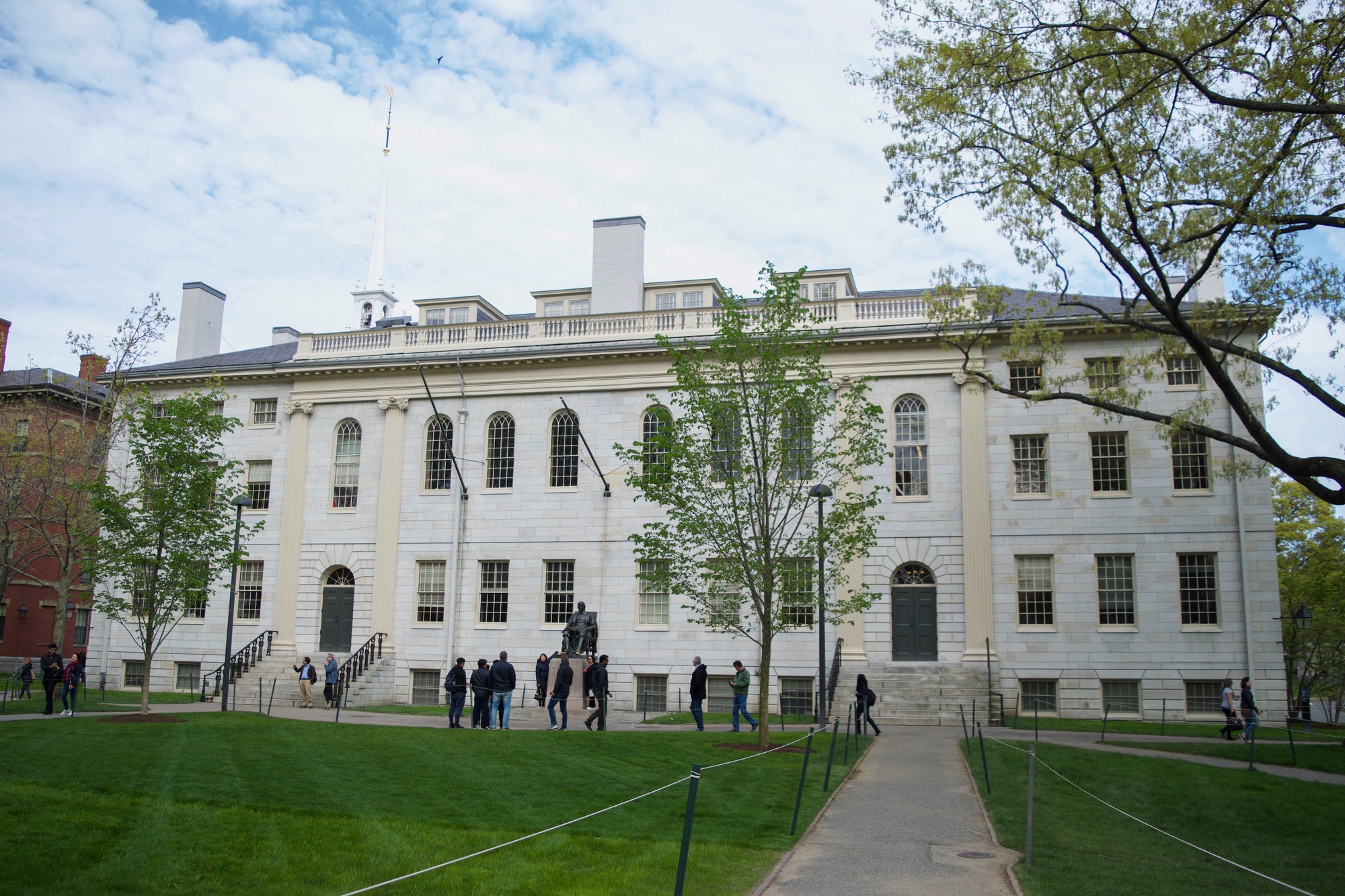 University Hall in located in Harvard Yard. The University announced the conclusion of the a Title IX investigation into former Government Professor Jorge I. Dominguez Thursday.
By Delano R. Franklin, Crimson Staff Writer

Phoenix, Ariz. resident Nicholas Zuckerman was sentenced to 15 months in prison and three years of supervised release Wednesday after he threatened to bomb Harvard and shoot attendees of the University’s 2017 black Commencement ceremony.

U.S. District Court Judge Indira Talwani ’82, who oversaw the sentencing, said the sentence she imposed had to “reflect the seriousness of the offense” and “promote respect for the law.” The sentence fell a few months short of the recommendation made by federal prosecutors, who recommended an 18-month sentence last week.

Zuckerman has already been in custody for over 13 months; federal agents arrested him in June 2018 in connection with the threats. They charged him with two counts of “transmitting threats in interstate and foreign commerce,” and he pleaded guilty to those charges in February.

Zuckerman’s attorney, Cara McNamara, did not respond to a request for comment on the sentencing. Harvard spokesperson Jonathan L. Swain wrote in a statement that the University appreciates how the case was handled.

“We appreciate the attention of law enforcement in pursuing this matter and their commitment to ensuring the safety and wellbeing of every member of our Harvard community,” Swain wrote.

Zuckerman posted comments with a racial slur on Harvard’s Instagram account in March 2017 threatening violence at the Harvard’s inaugural black Commencement, according to prosecutors. Black Commencement, held annually in May, is an event meant to celebrate black graduates across Harvard’s schools and acknowledge challenges that students of color may face at the University.

“If the blacks only ceremony happens, then I encourage violence and death at it,” Zuckerman wrote in one comment. “I’m thinking two automatics with extendo clips.”

He also wrote “#bombharvard and end their pro-black agenda” on another one of the University’s posts and commented the hashtag on several other accounts’ posts, according to court filings.

Zuckerman, led into the courtroom Wednesday in handcuffs, sat for the nearly two-hour-long sentencing hearing at the John Joseph Moakley Courthouse in South Boston. During the hearing, the court heard from Assistant U.S. Attorneys Anne Paruti and Scott L. Garland, who argued for a longer sentence, and from McNamara, who called for a shorter one.

Paruti argued that Zuckerman’s threats generated fear among students and that a substantial sentence would be necessary to discourage future hate crimes. McNamara said Zuckerman had struggled with school troubles, unemployment, and mental health issues; she argued that he would benefit more from counseling and anger management programs.

After the lawyers delivered their arguments, Zuckerman himself addressed the court. He delivered a tearful apology and said he regrets posting the threats.

“I want to apologize to anyone who was hurt or scared by what I wrote,” Zuckerman said. “I’m disgusted by what I said.”

“We will investigate all threats that cross the line of free speech and infringe on the safety and security of members of our community, especially when those threats are based on race or other immutable characteristics,” Lelling wrote.

Joseph R. Bonavolonta, special agent in charge of the FBI Boston Division, wrote in the same press release that he hopes the sentence will help deter hate crimes.

“Let today’s sentence serve as a lesson to all that no hate monger hiding behind a social-media pseudonym can stop others from celebrating the diversity of some of our area’s best and brightest minds,” Bonavolonta wrote.

Talwani also imposed several restrictions for Zuckerman during his period of supervised release, including monitoring of his internet and social media usage.