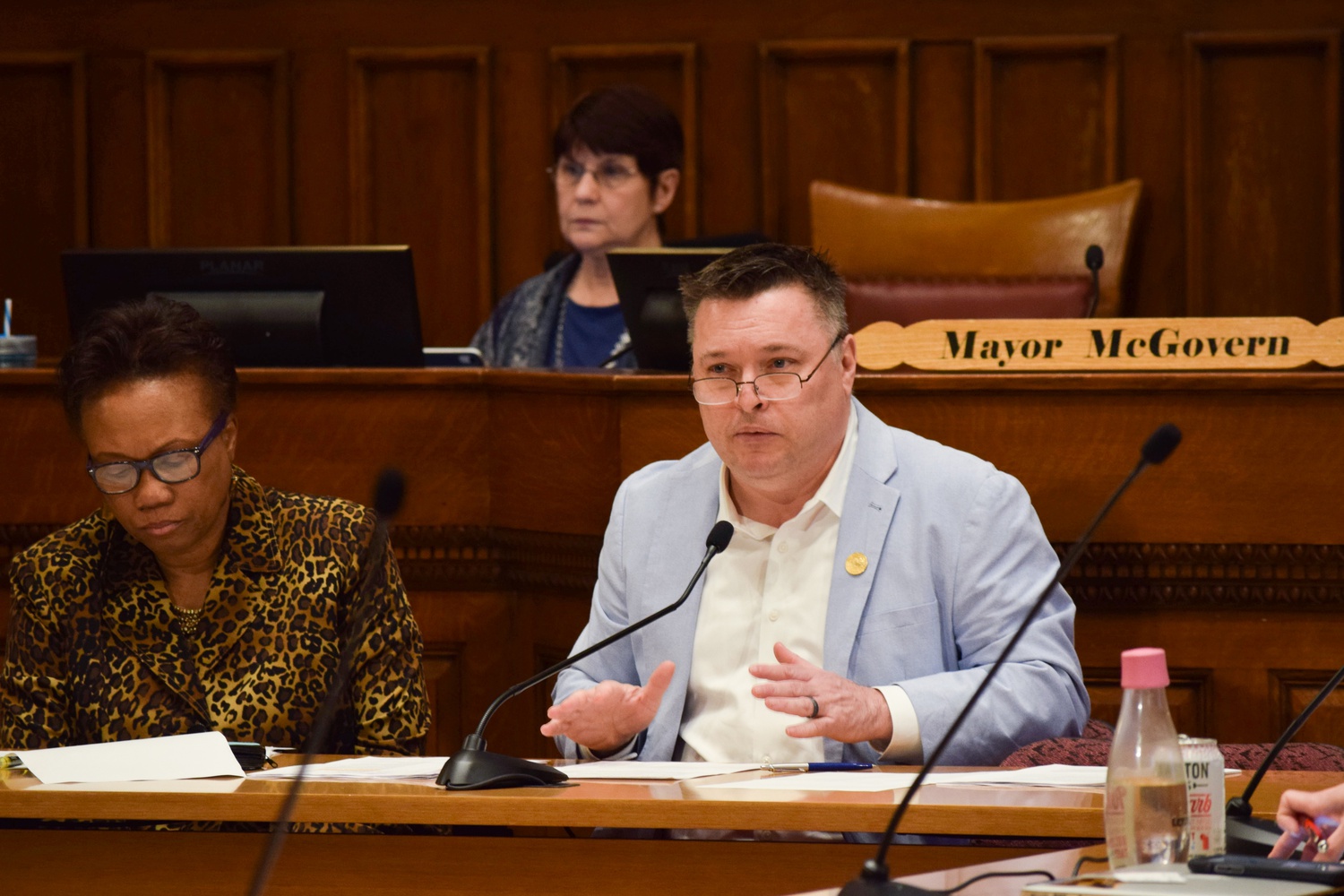 During the meeting, Councilor E. Denise Simmons said she worries that people can “trivialize” the issue of affordable housing.

Though some councilors were openly optimistic about the current proposal, others had reservations about the plan's specifics. Councilor Dennis J. Carlone, who chairs the Ordinance Committee, said the “complex zoning” had raised issues, and that Cambridge needs “more refined" guidelines.

“The guidelines in the zoning, quite frankly, don't say a heck of a lot,” he said. “I know all of us want more affordable housing. But it would be wrong to push something forward that isn't complete and doesn't get passed.”

Most of the public testimony supported the overlay, with proponents arguing that it would benefit struggling populations in Cambridge and increase racial and economic diversity.

“We believe that diversity is a key driver for making Cambridge such a vibrant place to live and work. We love Cambridge deeply or we wouldn't be fighting for his future,” Sokolow-Kaufman said. “The current lack of available affordable housing options, however, is in sharp contrast with the values that we express.”

Patrick C. Braga, a student at the Harvard Graduate School of Design, said the city should have the conviction to “re-engineer” and “reinvent” in order to promote inclusivity and diversity.

“Some opponents call it overly undemocratic. But you know what’s not democratic? Keeping up regulatory barriers that make it harder for more people to enjoy the blessings of an opportunity-rich city like Cambridge,” Braga said.

The overlay plan's opponents, however, cited the impact that building new units would have on the city, including increased traffic and environmental concerns. Cambridge resident John A.D. Gilmore ’70 said in his testimony that new affordable housing buildings pose a “severe environmental concern,” citing the loss of Cambridge’s tree canopy.

“The [plan] does nothing to add, to ameliorate that, and in fact it aggravates it,” he said.

At the meeting, some councilors criticized universities in Cambridge for their role in the housing crisis, and said they can do more. Councilor Jan Devereux said local universities and large employers have been “silent” on the issue and that the council has not adequately addressed their lack of support.

“We have a huge problem. They have land, they have capital,” Devereux said. “They create a lot of this need, and we've let them off the hook entirely.”

In an interview before the meeting Tuesday, Cambridge Mayor Marc C. McGovern said he would like to have conversations with Harvard and MIT about ways the schools can help Cambridge expand affordable housing opportunities.

“I think our universities impact our housing crisis, certainly, around how much housing that they provide for graduate students,” McGovern said. “It's in their best interest, because there's a lot of their graduate students that stay here and we want to keep some of that talent in Cambridge, and a lot of young people that graduate from Harvard or MIT can't stay.”

City Councilors have previously criticized the University for aggravating the housing crisis in Cambridge.

In an emailed statement Friday, Harvard spokesperson Brigid O'Rourke responded to criticisms from Devereux and McGovern about the impact Havard has had on the affordable housing availability in Cambridge, citing the University’s “20/20/2000 program” — a $20 million, 20-year fund to provide low-interest affordable housing loans for low and middle-income residents. O’Rourke added that the funds from the program have provided $17.3 million in financing and have been used to “help build or preserve" hundreds of units in Cambridge on 31 different development projects.

“Harvard is committed to working with its host communities to preserve and create quality affordable housing in response to high regional housing costs,” O’Rourke wrote.

Spokespeople for MIT did not respond to multiple requests for comment.

McGovern said Tuesday that the issue of affordable housing is critical in Cambridge. He characterized the issue as a question of “who gets to live in this city and who doesn’t.”

McGovern said he would like to see the conversation in City Council meetings to focus on implementing affordable housing policy.

“I really wish this conversation would shift from not whether or not we should pass the overlay,” he said. “If we could all come together and say, ‘Okay, let's pass something, let's make it work,’ that is a much better conversation than what's happening.”

The Ordinance Committee will continue to discuss the overlay in future meetings, and the measure could be adopted by the City Council sometime in the fall.