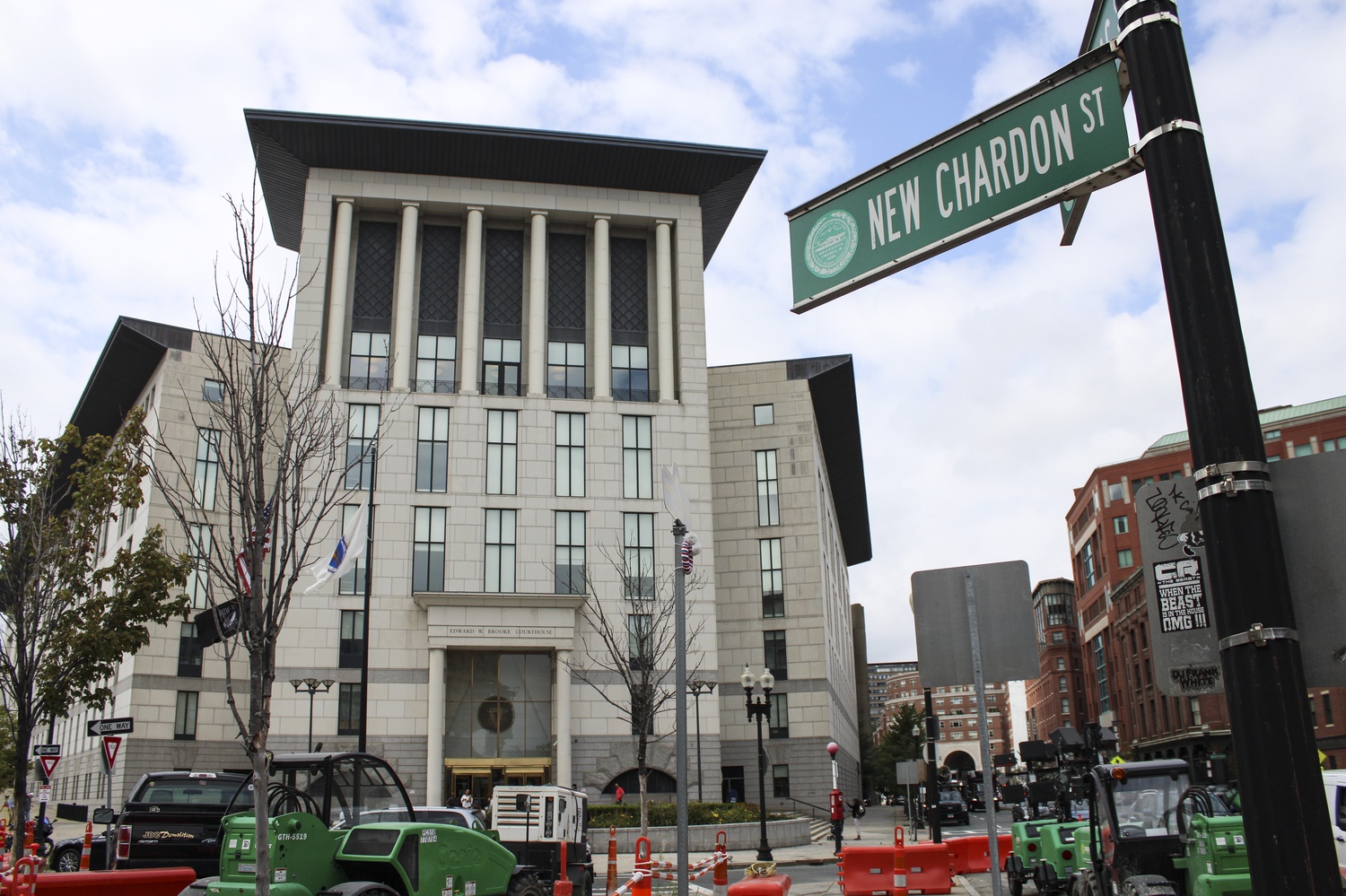 Kai DeJesus '23 was one of 36 people charged for protesting against a 'straight pride' parade in Boston earlier this month. Her charges were dropped during a Sept. 4 hearing at the Boston Municipal Courthouse. By Shera S. Avi-Yonah
By Shera S. Avi-Yonah and Delano R. Franklin, Crimson Staff Writers

Last week a Boston judge dismissed charges against a Harvard freshman, who was one of the 36 protesters arrested at a controversial “straight pride” parade held in Boston on Aug. 31.

Kai DeJesus ’23 said the Boston Police charged her with disorderly conduct after she sat down in front of officers on motorcycles attempting to clear protesters in the street. Though Boston Municipal Court Judge Richard J. Sinnott dismissed the charges against DeJesus and at least nine others, eight protesters will face prosecution for alleged violent conduct.

“I wanted people like me to know that they had people behind them,” said DeJesus, who is a transgender woman. “There are problematic things about talking about straight pride itself, because of the fact that the reason why there is gay pride is out of a necessity to be safe.”

DeJesus alleged that a Boston Police officer used zip ties to restrain her and would not allow her and other female detainees to use the bathroom during the several hours they spent at a local police station. The Boston Police Department did not provide comment on DeJesus’s case.

The parade — organized by a group called Super Happy Fun America — was mobbed by protestors, who heckled marchers and, at times, clashed with police officers. Those arrested faced charges ranging from disorderly conduct to assault and battery on police officers.

“I could not be more proud or impressed with the high levels of restraint and professionalism displayed by my officers tasked with safeguarding and protecting all who either attended, participated or protested at the parade,” the statement reads.

DeJesus returned to Boston on Sept. 4 for her hearing before Sinnott. The judge — appointed by Massachusetts Governor Charles D. Baker ’79 in 2017 — fought with Suffolk County District Attorney Rachael Rollins the previous day over his decision to prosecute protesters against her recommendation.

The Massachusetts Supreme Judicial Court has since granted an emergency petition filed by Rollins on the protesters’ behalf. The Court ruled Monday that Sinnott’s conduct infringed upon the separation of judicial and executive powers by interfering with prosecutorial discretion.

DeJesus said she was nervous when she entered her hearing last Wednesday because Sinnott refused to dismiss charges against other protesters.

“It really set the tone for the day, I think, which definitely intimidated me and a lot of people who were there,” she said.

DeJesus said her attorneys began the day’s proceedings by explaining that they planned to refer to her using her chosen name and preferred gender pronouns. DeJesus has not legally changed her name.

She added that Sinnott said the court needed to delay proceedings in order to run her birth name for prior convictions. Several hours later, he decided to drop the charges against DeJesus. Sinnott declined to comment on the case through a Trial Court spokesperson.

DeJesus said Monday that her experiences during the protest, in the police station, and at her hearing have stayed with her in the days since.

“Since then, I've just kind of thought about it a lot, admitting that I did have trauma that I had experienced in this situation,” she said.