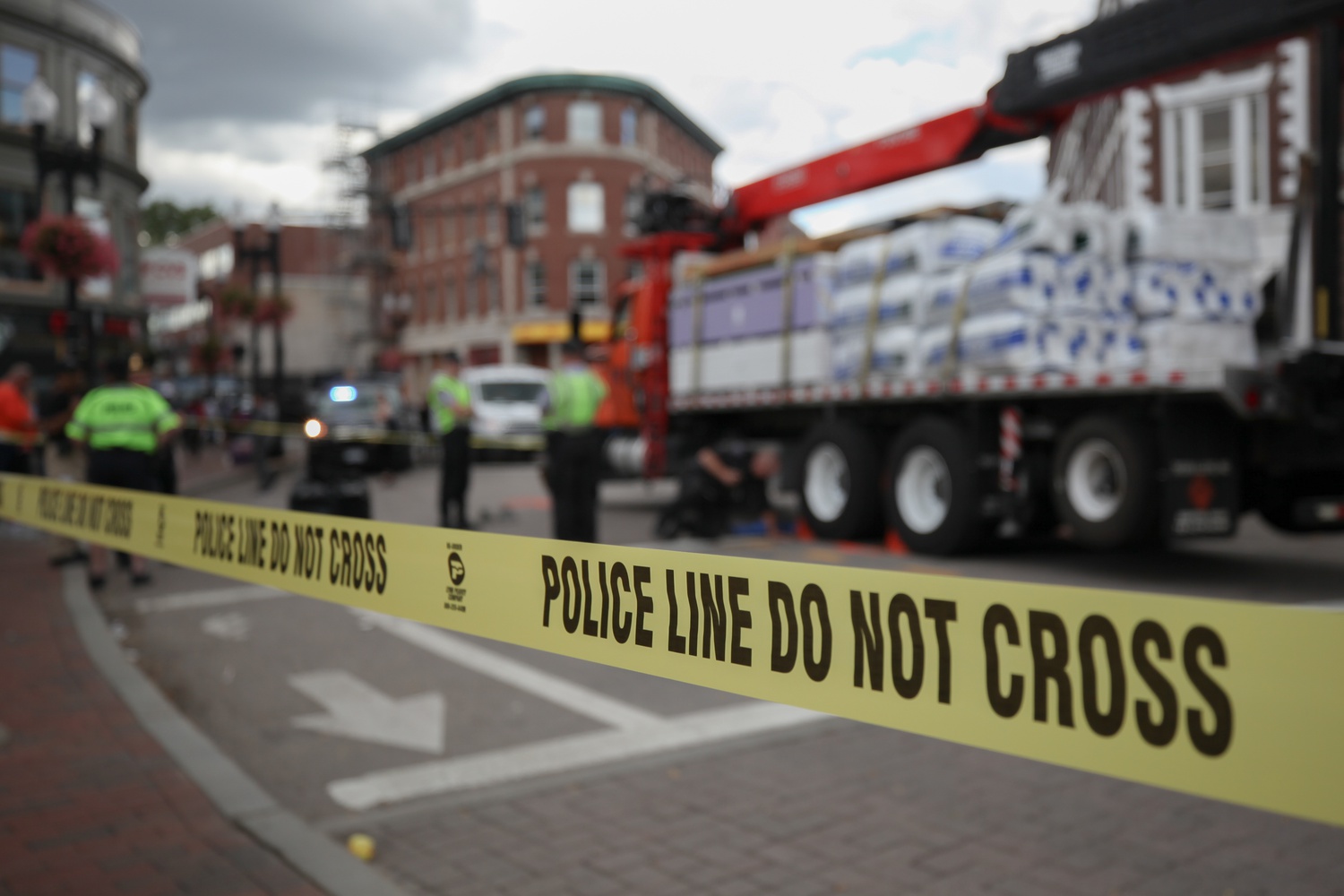 A truck driver fatally struck a female pedestrian in her 60s early Tuesday morning on Brattle Street in Harvard Square, according to a statement released by the Middlesex District Attorney’s Office.

At approximately 6:53 a.m., officers from the Cambridge Police Department responded to a report of a pedestrian who was hit outside the Out of Town News kiosk, located at the heart of Harvard Square. The pedestrian, who had sustained serious injuries from the crash, was transported to a nearby hospital where she was later pronounced dead, per the statement.

The Middlesex District Attorney’s Office wrote that the pedestrian was hit while trying to cross the street, and that she was not in the crosswalk. The investigation remains ongoing, and no charges have been brought against the driver of the truck, who remained at the scene. In an emailed statement, CPD spokesperson Jeremy Warnick identified the truck as a Waltham Lumber boom truck carrying sheetrock.

The incident halted movement in the Square throughout the day as police closed the intersection of JFK Street and Brattle Street to traffic. Passersby stopped to observe the crime scene, which police barricaded with yellow tape. The truck remained in the Square until the early afternoon.

Alisha M. Candelora, who arrived in the Square a little after 10 a.m., said she observed the scene unfold.

By 2:30 p.m., police had removed all barricades from the area and traffic proceeded through Harvard Square.

The Middlesex District Attorney’s Office wrote that no further information will be released until the victim’s family is notified.