The College’s Dean of Students’ Office added a policy requiring neutral moderators at events with “controversial” speakers to this year’s resource guide for extracurricular organizations.

The new section of the guidebook states that groups bringing high-profile, controversial, or “VIP” guests to campus must notify the DSO at least a month in advance, and that a moderator may need to attend events if the DSO finds it necessary or if a group requests one. In most cases, the moderator will be a DSO employee, but student groups can also request that a member of the Harvard faculty or administration act as the moderator instead.

The moderator policy is listed under the heading “Free Speech and Expression” and is prefaced with a statement advocating for free speech on campus.

“The principles of free speech and the free interchange of ideas are fundamental to the Harvard community,” the resource guide states. “You should align your student organization’s programming with the value of free speech particularly if you are hosting an event where these principles have the potential to be compromised.”

The resource book states that moderators will employ a “two-strike policy” against audience members who disrupt events and will have the power to warn and remove disruptive attendees.

“Members of the audience will learn where they stand; they will know where the line is. If people cross that declared line again, they cannot claim not to have realized they were disruptive,” the section explaining the warning procedure states.

Moderators will also be able to cancel events if they believe there is a “clear threat” of violence or damage to University property.

This is the first year the policy is specifically outlined for student group leaders, Assistant Dean for Student Engagement and Leadership Kate Colleran wrote in an emailed statement Wednesday. Harvard first adopted a moderation policy as part of the Faculty of Arts and Sciences Free Speech Guidelines in 1990. 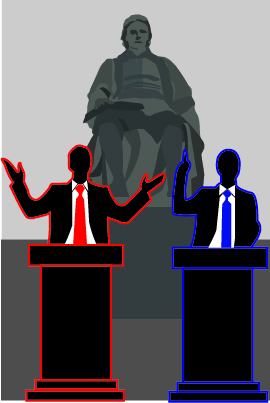 Several speakers invited to campus in recent years have inspired controversy and debates over free speech at Harvard. In 2017, the Open Campus Initiative invited controversial sociologist Charles A. Murray ’65 , drawing large groups of both audience members and protesters. Murray’s work — which has been denounced and discredited by many academics — links race to differences in IQ.

Christian group Harvard College Faith and Action invited “ex-gay” speaker Jackie Hill-Perry to campus in 2018, where she was also met by dozens of student and faculty protestors.

Colleran also wrote that the DSO added the free speech policy to the resource book to reduce student confusion about it and reiterate the College’s commitment to free speech.

“Adding it to the Resource Guide demonstrates how important we feel it is for student organizations to know we support them in the ‘free interchange of ideas,’” she wrote.

Several student leaders of clubs that frequently host events with speakers said they agree with the policy broadly but are skeptical of its potential impact.

“If you're interrupting an event and stopping other people who came to hear that event from hearing those views, maybe those people in the crowd don't agree with the views, they just want to hear what this person has to say,” Marquez said. “I think that's when policies like this can be helpful.”

She added that the policy does present some logistical hurdles, citing the requirement that clubs notify the DSO of potentially controversial or high-profile speakers a month before the event. Marquez said that many speakers with busy schedules may not be able to confirm a month or more in advance.

Miller also said he is skeptical of the policy’s ability to prevent disruptions at events. He added that his group uses open question-and-answer sessions in order to give audience members time to share their dissenting views.