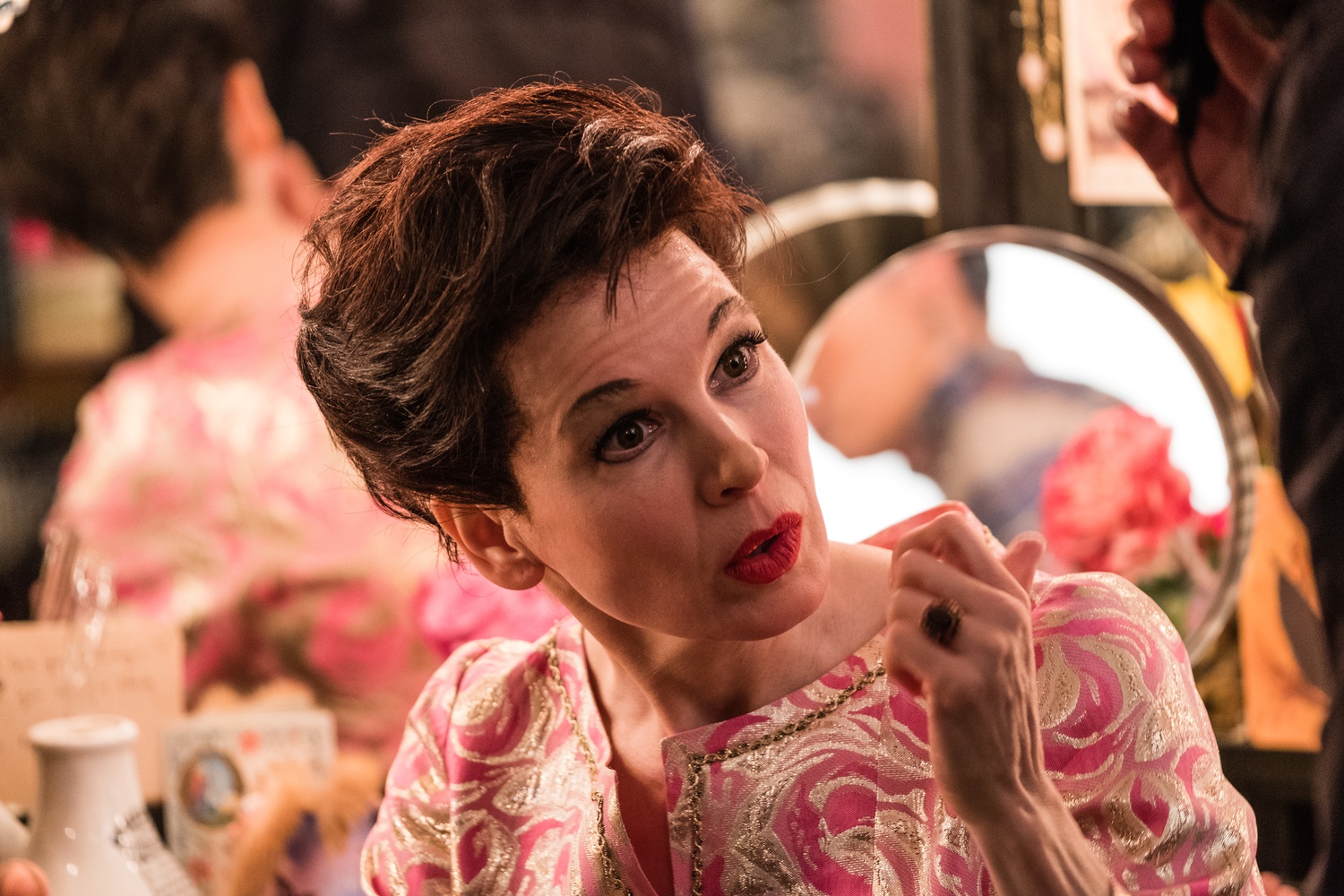 After last year’s wildly successful “Bohemian Rhapsody,” summer hit “Rocketman,” and recent releases such as “Yesterday” and “Blinded by the Light,” it seems Hollywood has found great success and box office potential in the music biopic. Drawing critical acclaim for their actors’ detailed embodiments of famous icons or, at the bare minimum, pleasing fans with optimistic tributes to their favorite artists, these films are saturating the movie industry. Director Rupert Goold’s “Judy” about the Wizard of Oz darling’s tragic final year seems, in theory, to fit this hackneyed format.

Set in 1969 just months before Judy Garland’s death from a barbiturate overdose at age 47, the film provides a dark, vulnerable window into the ex-starlet’s life at a decisive low point. She fights to stay financially afloat, suffers from a pervasive addiction to pills, enters a battle for custody over her own children, and must leave them behind as she travels to London for a tour that might hopefully reignite her dying career. Renée Zellweger takes up the challenge of portraying the increasingly anxious and self-destructive Garland with absolute dedication and compassion that help her live up to the bar set by other acclaimed biopic actors like Rami Malek and Taron Egerton, while adding her own spin to Garland’s character. While Malek won an Oscar for his shockingly precise embodiment of Freddie Mercury, nailing Mercury’s every movement and gesture from the iconic Live Aid Concert, Zellweger shines due to her ability to tug on the audience's heartstrings, not necessarily because of her uncanny ability to mimic the singer. Goold does not shy away from exploring Garland’s inner demons as she speeds towards her untimely death yet avoids a completely tragic, defeatist tone that would make the movie ultimately too painful to watch. Striking a balance that any film based on real-life events must grapple with, “Judy” manages to sprinkle in sudden moments of elation and awe while ultimately leaving the audience with a more profound, empathetic sense of grief.

Based on Peter Quilter’s Broadway play “End of the Rainbow,” “Judy” centers around Garland’s final tour as she fights against increasingly hostile media coverage, recklessly marries a young entrepreneur, and frantically attempts to repair the damaged relationship she has with her children, but Goold also makes the decision to include flashbacks to Garland’s abusive childhood at MGM Studios. Bookending Garland’s tale with the tear-jerking final chapter and the brutal first pages that laid the foundations for trauma that she futilely tries to escape, the filmmaker managed to both avoid a cliché depiction of a star fallen from grace and enhance the story’s overall emotional impact. Young Judy’s (Darci Shaw) interactions with a slimy MGM executive make one’s skin crawl, highlighting the problematic power dynamics that are especially relevant in a post-Weinstein America. Overall, Zellweger’s depiction of the unstable Garland falling apart from drug addiction and insomnia is all the more gut-wrenching, once the audience also bears witness to her childhood memories of movie executives refusing to give her food and instead forcing her to take diet pills to keep off weight and “pep pills” to help her stave off exhaustion and hunger.

Despite exploring dark topics like drug and child abuse, the film also celebrates the singer’s untamable artistic passion and has moments of joy that shine in contrast to the general gloomy tone. Zellweger’s performances of nostalgic, powerful numbers like “By Myself” and “The Trolley Song” are, without a doubt, highlights of the film, and when she’s not playing a Judy who is strung out on drugs or extremely drunk on stage, her infectious energy and all-encompassing exertion are virtuosic — not to mention, she actually sings all the songs in the movie herself. While her deft physicality and intensity make her performance Oscar-worthy, Zellweger even manages to convey musical passion and love of the spotlight just through the wide-eyed, awe-filled look that made Judy Garland so famous.

The song “Somewhere Over the Rainbow” is an American classic cherished for its resonant message of hope in the face of adversity, but never has it been as heart-breaking and fragile as Zellweger’s version is in the final moments of the film. The audience chiming in once Judy’s damaged, weathered voice struggles to hit the notes might typically seem cheesy, but the buildup of all Garland’s trials and tribulations, mixed with her genuine happiness in this moment, make it an absolute tear-jerking finale to a bittersweet story.
—Staff writer Samantha J. O’Connell can be reached at sam.o’connell@thecrimson.com.