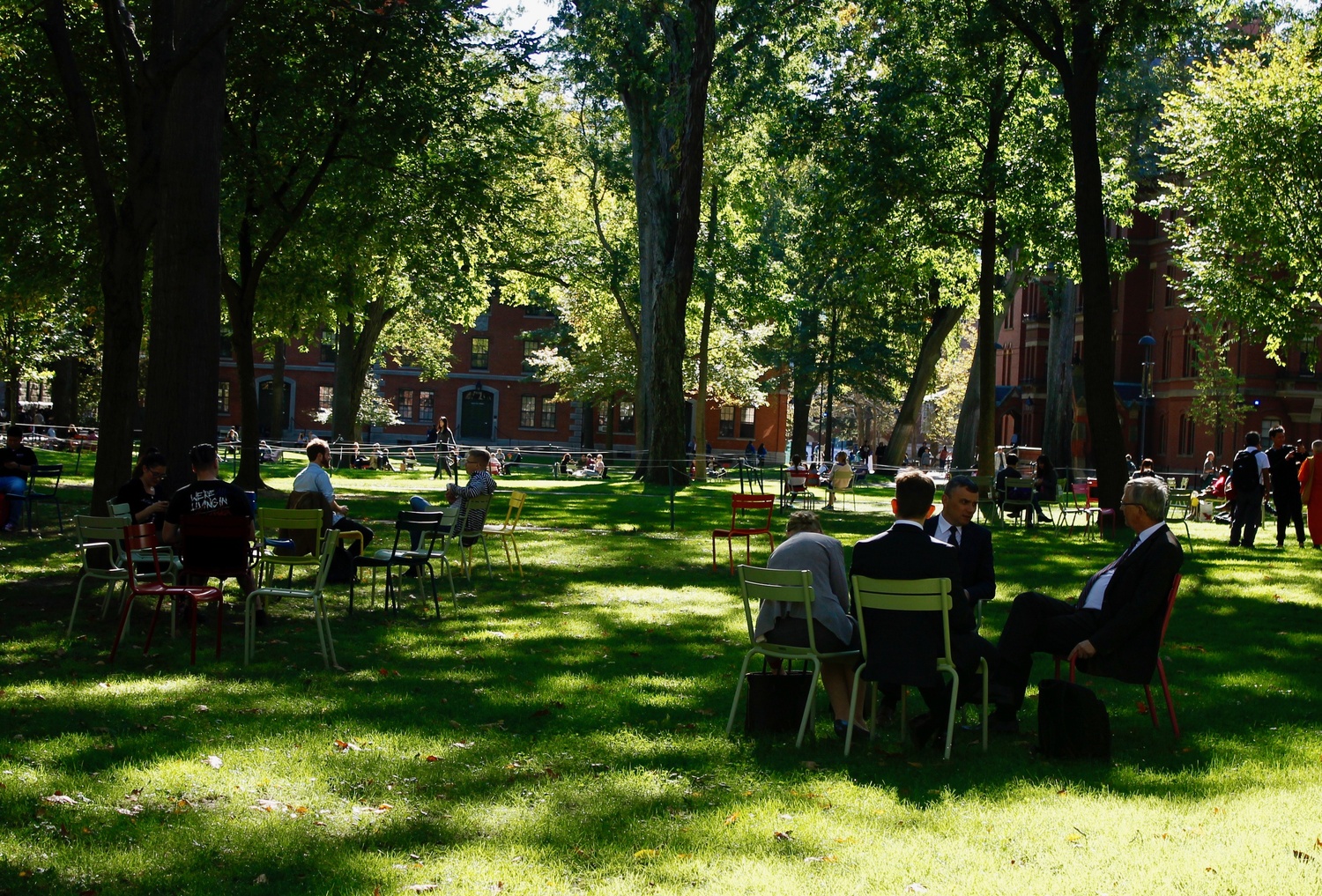 The Undergraduate Council is currently working to bring to campus small robots powered by artificial intelligence that can deliver food to students, according to Dunster House Representative Noah Harris ’22.

Starship Technologies, the company that manufactures the robots, aims to “make local delivery faster, smarter and more cost-efficient.” Weighing in at under 100 pounds, the robots operate autonomously on streets and sidewalks. Ordered food stays locked inside the machine until the buyer unlocks it with a smartphone app.

According to Harris, Starship’s robots already operate on the campuses of George Mason University, Northern Arizona University, Purdue University, and the University of Pittsburgh. Turbotax’s employees on their corporate campus also use these robots.

“I was just like, this would be a really cool thing to implement at Harvard,” Harris said. “Harvard's like a really open kind of campus and large sidewalks and a lot of space.”

“We engaged with the city of Cambridge, and the idea is, I think it would be good if there’s a request from the student body to the city, that we would like to have these robots here,” Eckard said.

According to Eckard, when the company and the UC proposed the project to Harvard University Dining Services, HUDS declined to participate because it wanted to focus on community dining experiences inside of student dining halls.

“[The University has] been supportive, of course,” Eckard said. “In this instance, we’re going to need to sign on neighboring restaurants, so private restaurants. This requires us to drive on the City of Cambridge’s sidewalks.”

Harris said he hopes the UC will be able to hire student workers to operate the robots, as the robots require personnel to place the food inside them.

“They’re going to the various restaurants to get the food to put in the robot or going to HUDS and working with their staff because someone has to put the food in the robots,” Harris said of the student workers.

The University does not oppose this new project and is waiting on approval from the city, according to an email from University spokesperson Brigid O’Rourke.

“If and when private vendors obtain all required approvals to operate on City sidewalks, we don’t anticipate any material obstacles to allowing them to operate on the sidewalks within campus as well,” O’Rourke said in an email.