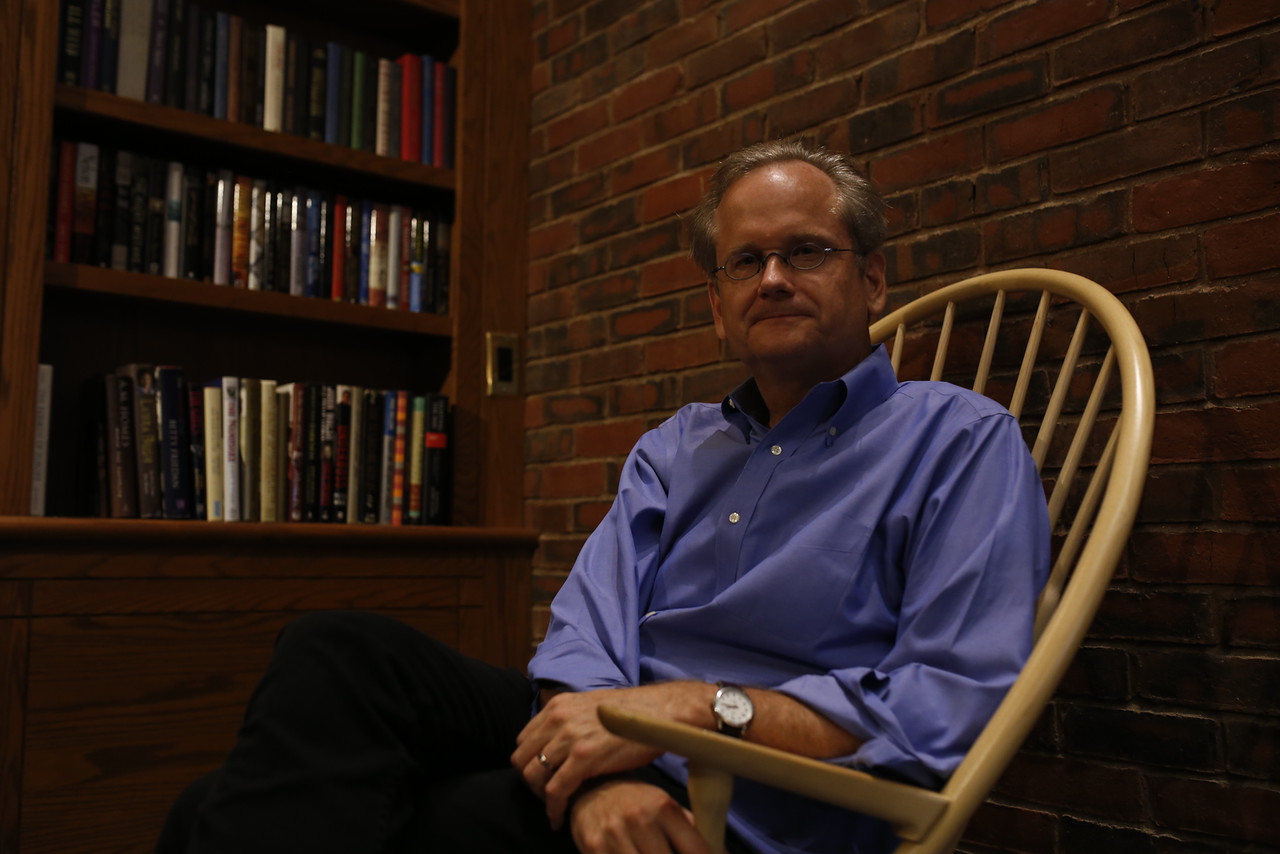 In a lawsuit filed in Massachusetts federal court, Lessig accused the Times of publishing a “false and defamatory” story with a headline and lede that served as “clickbait.”

The New York Times story, titled “A Harvard Professor Doubles Down: If You Take Epstein’s Money, Do It in Secret,” was based on a September 8 Medium post by Lessig in which he explained his decision to sign a petition in support of Joichi “Joi” Ito, who resigned as head of the MIT Media Lab in September after the New Yorker reported that the lab had taken steps to cover up its relationship with Epstein.

Ito, who is friends with Lessig, also left his role at Harvard as a visiting professor.

“In the title and the lede to the article the Times published, they asserted facts which are completely contrary — indeed the opposite — to what the essay that they referred to said,” Lessig said in an interview with The Crimson on Wednesday.

Lessig argued in the post that Epstein — who officials say committed suicide in his jail cell in August while awaiting trial for allegedly running an underaged sex ring — was a “Type 3” donor, someone who is a criminal, “but whose wealth does not derive from their crime.”

Lessig clarified in an addendum that he does not support universities accepting “Type 3” money.

Later in the Medium post, Lessig wrote that Epstein’s contributions to the MIT Media Lab were “a ticking time bomb” due to the “substantial pain to the people within the Media Lab who would come to see that they were supported in part by the gift of a pedophile.”

“He should not have brought this time bomb within the walls of the Media Lab,” Lessig wrote.

Lessig clarified to The Crimson that he believes “it was wrong for Joi to take money from Epstein, even if, as MIT directed, he took it anonymously.”

“The money from Epstein should never be taken, even if you take it anonymously because the very risk of it being exposed is reason enough to keep it out of the university,” Lessig said. “If it is exposed, which it’s pretty unlikely it would never be exposed, it would cause real harm to the women who have suffered abuse and to victims of Jeffery Epstein directly.”

“So because of that risk, it was wrong to take money from Epstein, even if anonymous,” he added.

Lessig said that he takes issue with the Times’ lede paragraph, which he called “both false and defamatory.” The paragraph reads, “It is hard to defend soliciting donations from the convicted sex offender Jeffrey Epstein. But Lawrence Lessig, a Harvard Law professor, has been trying.”

In an emailed statement to The Crimson, New York Times spokesperson Eileen Murphy said that the newspaper plans “to defend against the claim vigorously.”

“Senior editors reviewed the story after Professor Lessig complained and were satisfied that the story accurately reflected his statements,” Murphy wrote.

The Times article included a Q&A with Lessig and reporter Nellie Bowles, who was named in the lawsuit along with Ellen J. Pollock, the newspaper’s business editor, and Executive Editor Dean P. Baquet.

Lessig, a campaign finance reform activist, said he was “confident” about his chances against the Times in litigation.

“We certainly think it’s winnable,” he said. “Wouldn’t bring a lawsuit if I didn’t think it was correct and that we should prevail. And indeed, I think we can prevail quite directly. This is not he-said, she-said.”