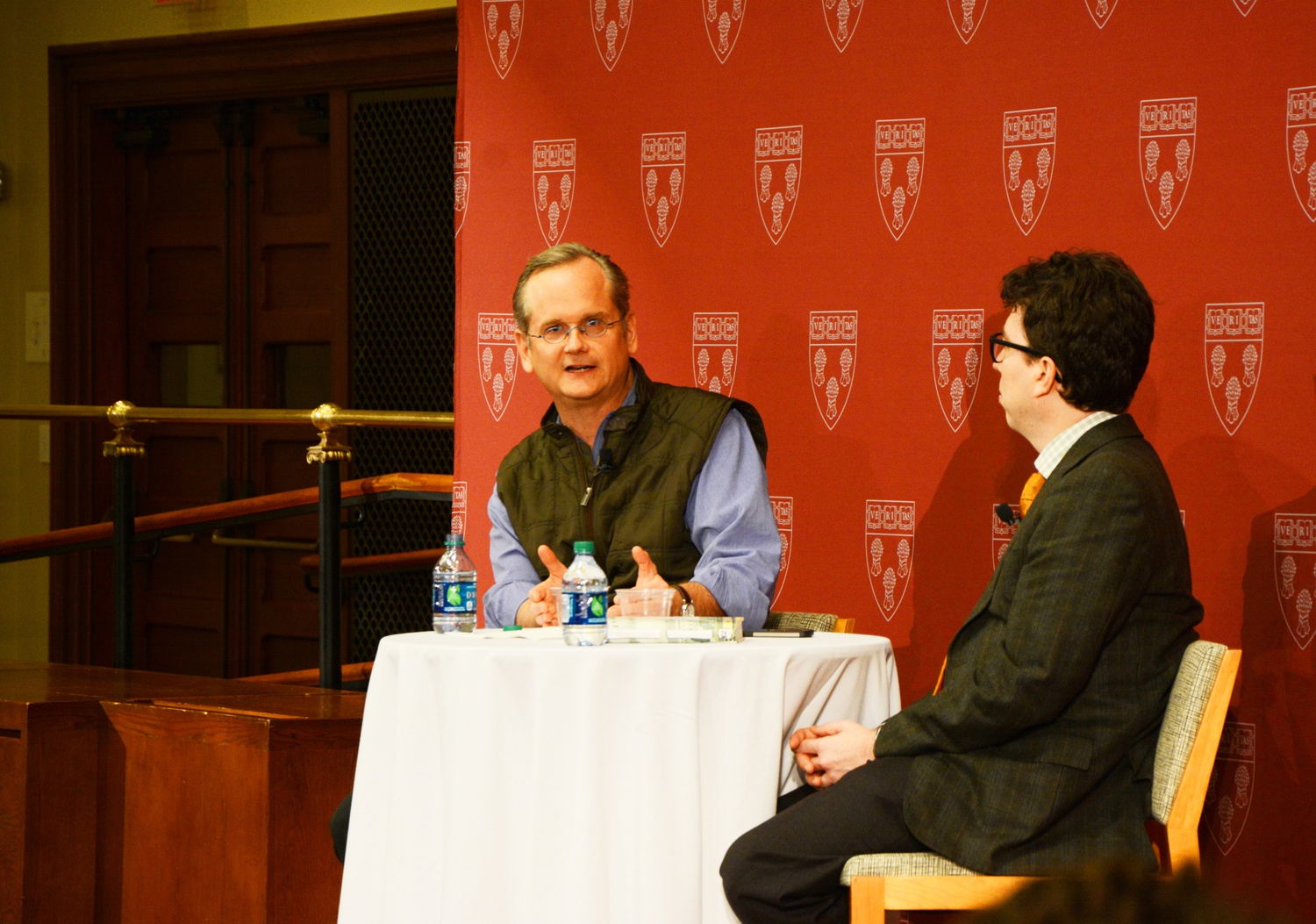 As a Republican political consultant, Stevens worked on several presidential campaigns, including former President George W. Bush’s campaign in 2000 and Sen. Mitt Romney’s (R-Utah) campaign in 2012. A constitutional law and ethics expert, Lessig ran and lost the bid for the Democratic nomination in the 2016 presidential race.

Stevens opened the conversation by arguing against the Electoral College and saying it only valued the votes of swing states and white voters.

“Abolishing the Electoral College is vital to the survival of the Republican Party,” Stevens said at the luncheon.

Lessig advocated for dividing electoral votes into fractions, a process known as fractional proportional allocation of votes. He said the process would require states to choose a candidate from the Democratic and Republican parties and divide the Electoral College votes proportionally between them based on the fraction of popular vote they received.

Lessig said this system would solve the problem of overvaluing swing state voters, who are often “older, whiter” and less representative of changing demographics in the country.

In the luncheon, Lessig also noted fractional proportional allocation would affect both parties’ electoral strategies. He said Democrats would lose having equal consideration over every vote, and Republicans would not win swing states by gaining only the votes of the Electoral College and not the popular vote.

In an interview after the event, Stevens said the Republican Party will only change its electoral strategy once it starts losing elections.

“I’m for what works,” Stevens said. “And in the real world, I think it’s gonna take the Republican party losing elections — popular and electoral — to face that they can’t win unless they change.”

Princeton University professor of neuroscience Sam S.H. Wang attended the luncheon and said he believed problems in the Electoral College could be fixed in simpler ways than were proposed by Lessig and Stevens.

“It just gets more and more technical, and it seems like a lot of the same goals of requiring some kind of national consensus could be achieved by a simpler move which is to simply give a large number of electors to whoever wins the popular vote, say fifty or one hundred,” Wang said. “I think that would solve the same problems.”