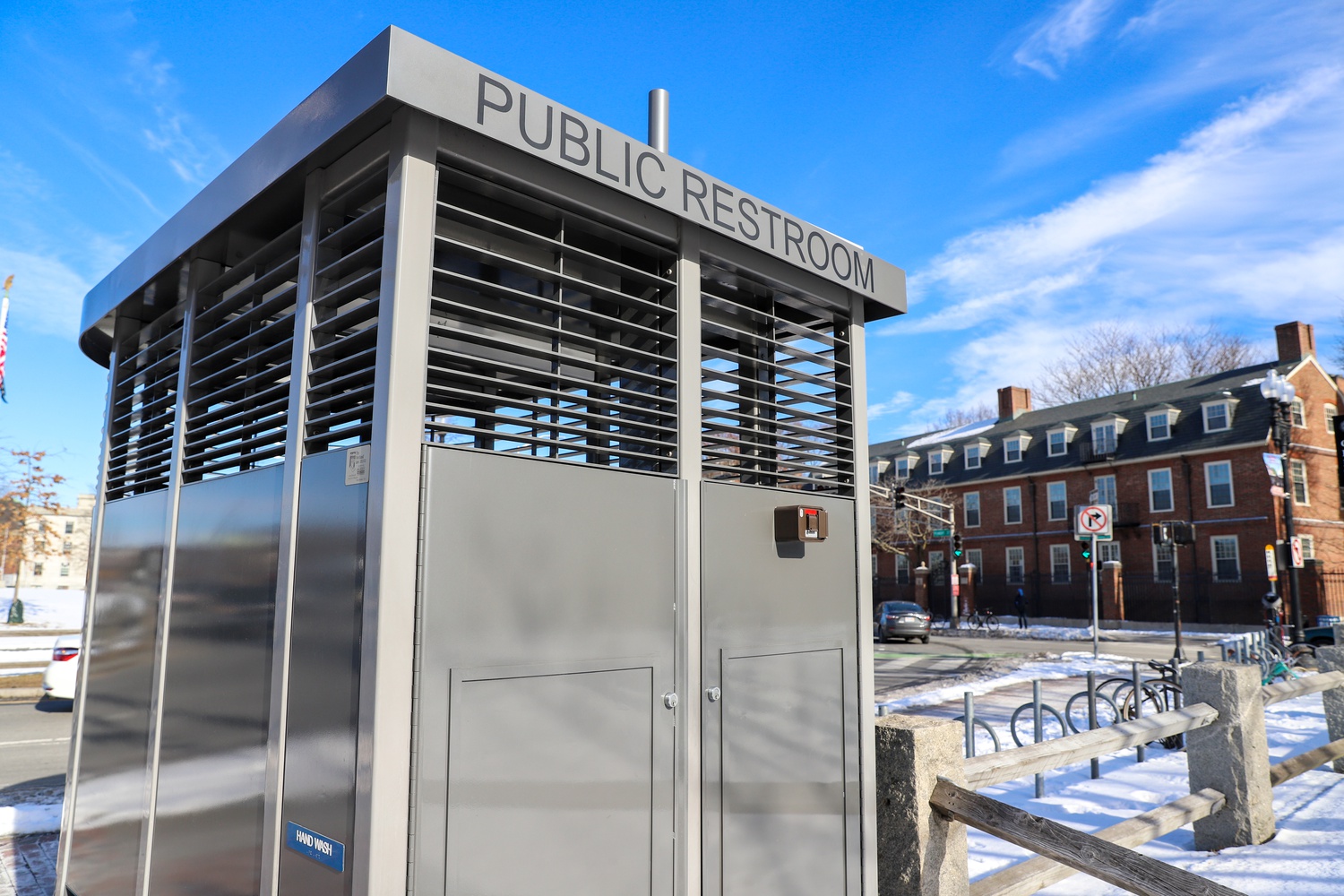 The Harvard Square public toilet was the first of its kind in Cambridge, free to the public and accessible 24 hours a day. By Ryan N. Gajarawala
By Maria G. Gonzalez, Crimson Staff Writer

Cambridge will allocate $1.125 million from its fiscal year 2021 budget to fund eight public space improvement projects proposed by residents, according to the Cambridge Participatory Budgeting website.

These projects include initiatives to plant 100 trees in Cambridge, provide free water bottle filling stations in the major squares, and build a third standalone public restroom in the city.

The sixth participatory budgeting cycle in Cambridge ran from May to December 2019. The city included 20 out of over 1,600 proposals submitted on the final ballot. Both Cambridge residents 12 years and older — regardless of citizenship status — and university students living in the city were eligible to vote for their top five proposal choices in December.

Over 7,600 residents voted on the final ballot, marking the highest voter turnout yet for the participatory budget process in Cambridge, according to the Participatory Budgeting website.

A proposal entitled “Close the Canopy” won the most support, receiving over 4,600 votes. Under this proposal, the city will plant 100 trees in areas of Cambridge with the lowest canopy cover — an initiative the city expects to cost $200,000.

The project description states that trees are “among the best ways to combat climate change and reduce the urban heat island effect,” in which the modification of land surfaces in urban areas leads to significantly higher temperatures.

An initiative to install water bottle filling stations in the major squares of Cambridge garnered the second highest number of votes. In 2018, residents voted to install water stations in every park in Cambridge. In the most recent cycle, the city will allocate $150,000 to add stations to city squares, which are high-traffic areas for residents, workers, students, and tourists.

A $350,000 proposal to build a third standalone outdoor public restroom in a high foot traffic area is the highest-budget approved this cycle. The city plans to install a “Portland Loo,” a specially designed restroom that is both easy to clean and a crime deterrent .

Cambridge City Manager Louis A. DePasquale, who will fully fund the public restroom project, said in a December press release that participatory budgeting encourages Cantabrigians to rethink ways they can be involved.

“When people think about finance and the budget process, they don’t necessarily think about community engagement, but we continue to change that perspective with Participatory Budgeting,” DePasquale said in the press release.

“Through PB, residents are not only empowered with the ability to submit and vote for capital projects, they are also able to get a closer look at how the budget process works and how decisions are made,” he added.