‘You’ Season Two: Another Disturbing But Addicting Rollercoaster Ride 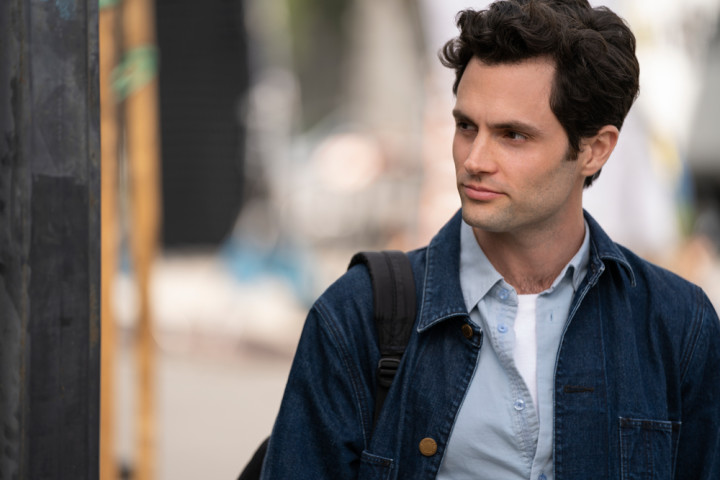 Penn Badgley playing Joe Goldberg (a.k.a. Will Bettelheim) in Season Two of "You." By Courtesy of Netflix
By Samantha J. O'Connell, Crimson Staff Writer

Everyone’s favorite nightmarish but dreamy stalker, Joe Goldberg, is back as the smash hit “You” returns for a second season, this time in a nauseatingly woke part of LA featuring a new girl for Joe to obsess over. On the run from Candace, his ex-girlfriend whose cliffhanger appearance ended season one, Joe Goldberg (Penn Badgley) adopts the new identity of Will Bettelheim and tries to rebuild his life in the last place on earth he would normally want to live. Upon arrival, Joe finds a new love interest, a chef named Love Quinn (Victoria Pedretti) who comes from a rich, dysfunctional family and quickly manipulates his way into her life. Thus begins 10 episodes of perverse, entertaining, and slightly trashy drama that remains as fresh as ever. It retains the humanizing voiceover narration and interesting exploration of abuse and power that give “You” its unique flavor without feeling remotely stale.

While throwing Joe into a completely new setting with a totally different cast of characters was risky, this sharp transition works miraculously well. Yes, Joe’s smart-ass teenage neighbor, Ellie (Jenna Ortega), might make viewers grit their teeth, and Love’s obnoxiously hipster friends lack substance. But the central characters, including Love, her twin brother Forty (James Scully), and Ellie’s sister Delilah (Carmela Zumbado), are engaging enough to make up the difference. Victoria Pedretti, in particular, shines as the compassionate Love Quinn (who also happens to have some nasty skeletons in her closet). While, initially, Love’s relationship with Joe seems almost too perfect — especially considering Beck’s infidelity and self-centeredness — it’s hard to deny the romance of their best moments. Episode five, when they say those three magic words, is particularly endearing.

Countless summaries of “You” will haphazardly characterize Joe as a psychopath, citing the fact that he’s an unwaveringly charming guy who just happens to murder nine people. This season shows why that overused label simply does not apply. Not only does Joe experience his emotions very intensely, it turns out he also lacks the narcissism typically associated with antisocial personality disorders. When Love’s friend, Gabe, performs acupuncture on Joe in episode seven, Joe admits that his self hatred over his previous actions makes him feel “unworthy of love.” Excessively codependent and obsessive, Joe seeks “love” as a way to compensate for his lack of self-worth. Reduced to intense sobs, Joe ends his session with Gabe by chanting, “I am all I need.” This moment of intense vulnerability combined with this season’s flashbacks of his abusive childhood answer the “how” and the “why” for Joe’s deep-seated issues. An already well-developed, compelling character gets all the more rich.

The entertainment value of the series also remains at an all-time high thanks to the show’s nonstop action and eagerness to throw new things into the pot. The last three installments, in particular, are thrilling, and viewers won’t be able to click “next episode” fast enough. Joe is constantly faced with another hurdle — regardless of whether it’s a dead body to dispose of or an acid trip, there is never a dull moment.

The twists and breakneck pacing aren’t the only reasons that “You” has managed to stick out amongst the sensory overload that is Netflix’s home page. Perhaps what really gives “You” its competitive edge is its self-aware investigation into the “Ted Bundy Effect.” Sure, America’s infamous, male serial killers are deplorable, but much of the general public remains enthralled, especially if the criminal is attractive and charismatic. Demonstrated by the hordes of women confessing their unhealthy crushes on Joe over Twitter, Goldberg’s confessional voiceover complemented by his raspy voice and good looks are all too misleading.

In a recent interview with Stephen Colbert, Penn Badgley asserted, “It says something about how much we’re willing to be patient and forgive someone who inhabits a body that looks something like mine, the color of my skin, my gender, these sorts of things, these sorts of privileges. And how much less willing to forgive people who don’t fit those boxes.”

Season One of “You” dared us to fall under Joe’s spell as he pushed “all’s fair in love and war” to the limit. Yet, what made the shocking finale so ingenious was how the extremity of Joe’s crimes snapped the audience out of their daze. Instead of crafting some redemption arc for their lovable anti-hero, the writers chose to show viewers his ultimate capacity for evil, making it a lot harder to root for a dangerous killer.

Season Two’s unexpected finale twist of the unstable and murderous Love deserves praise for keeping the show exhilarating. However, the critique of society’s fascination with the attractive, white serial killer is altogether absent. Joe ends the season trapped in a relationship with a woman he’s now repulsed by, coming across more like a victim than a villain. Unlike in Season One’s finale, there’s no reminder that Joe is ultimately undeserving of the admiration that he’s gained, and while the new storyline did much to reveal his vulnerable side and show his terrible childhood, he should still not earn forgiveness.

Much to fans’ relief, “You” is almost definitely going to return for a third season. While it seems that Joe will be stuck in LA with pregnant Love, the mysterious neighbor that Joe begins to fall for in the season’s final seconds plus his future child should both add interesting elements and keep the show full of unexpected surprises.