Central Kitchen to Close, Lighting the Way for Weed Shop to Open in Its Place 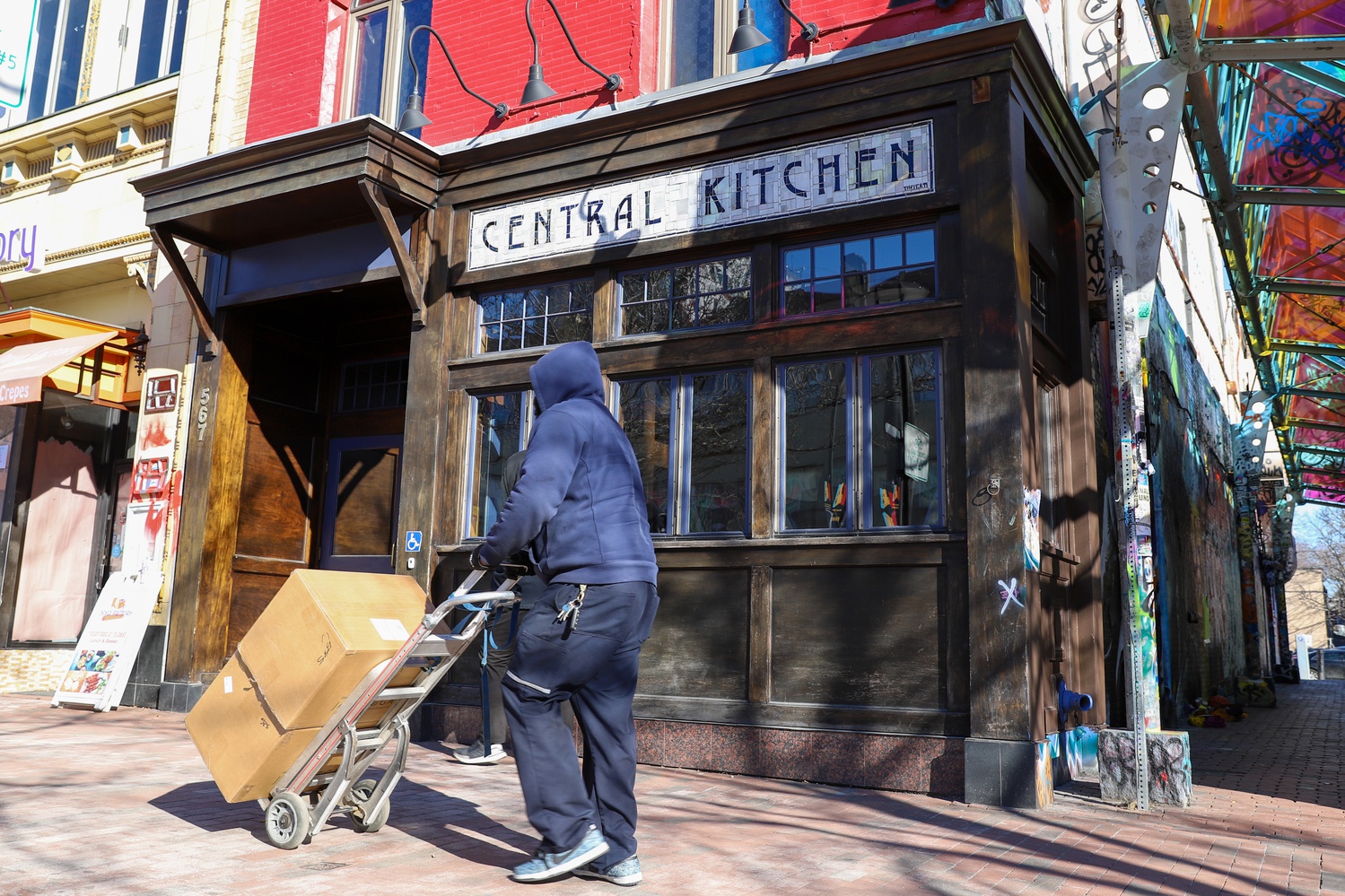 Central Kitchen, a bar and eatery in Cambridge's Central Square, is being replaced by Western Front, a marijuana dispensary. By Ryan N. Gajarawala
By Jasper G. Goodman, Crimson Staff Writer

Central Kitchen, a staple in Central Square for the past two decades, is closing its doors to make way for a recreational marijuana dispensary.

The new dispensary — called Western Front — is expected to open within 3-5 months, according to Dennis A. Benzan, the company’s co-founder. The company received licensing as an economic empowerment recipient through a Massachusetts program that aims to include groups disproportionately affected by past state and federal drug policies in the legal cannabis industry.

“Historically, communities of color and minorities have been disproportionately impacted by the War on Drugs,” Benzan said. “And so now that it’s legal, it’s imperative that we do everything possible to permit the minority community to enter the cannabis industry.”

Benzan, who previously served as the Vice Mayor of Cambridge and was the first Latino ever elected to the City Council, said his company plans to hire workers from minority groups disproportionately affected by past drug policies.

“A big component of how we function is going to be the workforce development program that we’re going to have in place for the minority community,” he said.

“It’s important that the state and the municipal governments begin to prioritize and assist economic empowerment applicants in any way to enter the market,” Benzan said. “Historically, communities of color and minorities have been disproportionately impacted by the War on Drugs.”

“Now that it’s legal, it’s imperative that we do everything possible to permit the minority community to enter the cannabis industry,” he added.” It’s incredibly difficult. It’s a very, very hard process.”

Western Front is also attempting to open a location in Chelsea, a suburb of Boston.

Cambridge Police Department spokesperson Jeremy Warnick urged city residents to keep in mind restrictions against marijuana use that remain on the books in an emailed statement. State law still prohibits use for those under age 21, as well as open containers of marijuana in vehicles on the road and driving while under the influence, he noted.

Massachusetts legalized recreational marijuana use with a ballot referendum in 2016 and the Cambridge City Council greenlighted legislation last year that allowed for weed dispensaries to open in the city. The legislation, passed in September 2019, prioritized individuals from historically marginalized groups in the allocation of permits.

“Cambridge overwhelmingly approved the recreational cannabis, so we believe that there is a strong adult market in the greater Boston area,” Benzan said. “More importantly is really the impact it’s going to have for the minority community in terms of hiring and really allowing them to enter into the cannabis industry.”