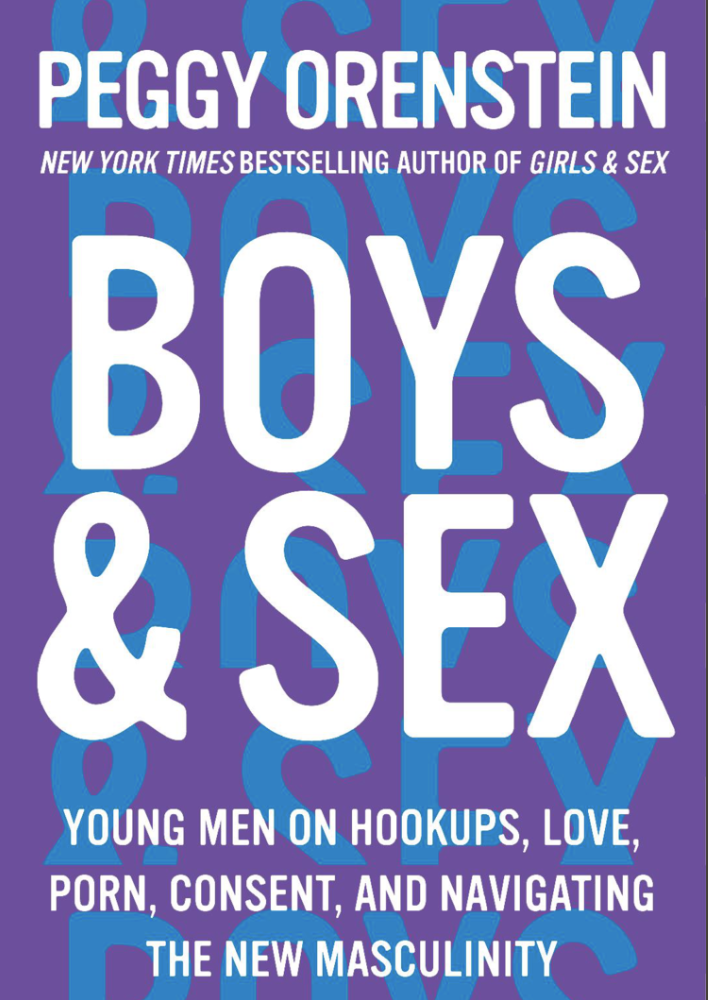 By Courtesy of HarperCollins
By Cassandra Luca, Crimson Staff Writer

Peggy Orenstein’s latest installment in her now-complete duology resulted in “Boys & Sex,” a companion to 2016’s “Girls & Sex.” Both do what their titles suggest: They chronicle girls’ and boys’ relationships to, perspectives on, and understandings of their sex lives within the wider fraught worlds that are high school and college. Though most of her books focus on girls, Orenstein came to write “Boys & Sex” after realizing that following only one side of the narrative rendered much of the story incomplete.

Though Orenstein’s coverage of each sex-related topic is thorough and thought-provoking, the resolution is somewhat scant by comparison to the coverage of the individual topics. Even so, the book’s very existence is a testament to years of vital work, and serves as proof that boys and men do want to discuss these issues — it’s just that doing so within American society is difficult at best.

To be clear, none of these subjects are new, and men who read this book might not learn anything revolutionary. What Orenstein does excellently, however, is condense, clarify, and draw out the perspectives of the boys and men that she interviewed — their voices, interspersed with her own, lift the book up, hopefully showing readers that they are not alone in their experiences.

The book’s strength lies in Orenstein’s ability to summarize biting, salient points that, even if they don’t come as a shock to some readers, are nonetheless reemphasized clearly. “Guys in my interviews were less likely than girls to express anger, betrayal, resentment, or feelings of being ‘used’ in hookups. That’s partly because hookup culture aligns with the values of conventional masculinity: conquest over connection, sex as status-seeking, partners as disposable” are among her strongest observations.

“Boys & Sex” is a valuable addition to the litany of books out there discussing what, exactly, is happening with the youth these days. Publications love to regale Internet media-consumers with the news that high schoolers and college students are having less sex than their older counterparts were. Yet there’s very little discussion about underlying causes beyond blaming technology, which, while certainly a contributor, can’t be the scapegoat for all this demographic’s problems.

The current narrative — in the media, on t-shirts, in our daily speech — centers around empowering women, giving them the tools to become assertive without punishing them for being so. These efforts have had positive results and have been crucial to enabling young girls to see themselves as valuable for attributes beyond their bodies. There’s no reason we should stop urging women to amplify their voices, and, indeed, there’s more work to be done. But Orenstein’s book implicitly points out that while girls are beginning to find their voices, there is limited understanding of the voices of boys: why they stay silent, how they feel pressured by society’s own demands for a contrived notion of masculinity, and how both boys and girls eventually feel the repercussions of men’s expected stoicism, aggression, and emotionlessness.

The book does not attempt to — nor should it — say that the struggles stemming from rigid expectations of masculinity are more difficult than those that girls face from their own pressures. In fact, such a comparison makes little sense, because some of these crises regarding sex, emotions, and self-expression are deeply intertwined. That is, the currently-accepted, rigid definition of masculinity informs and defines how femininity is understood, and vice versa. This is not to minimize the myriad problems that girls and women face with regards to sex, which include fear of assault or other forms of retaliation. Yet “Boys & Sex” shows that said expected stoicism, aggression, and emotionlessness is a cause of these issues, and argues that we need to do something about it.

The last chapter is a list of suggestions for moving forward, and many of the solutions center around what parents can do when raising their sons to enable them to speak up, express themselves, and develop healthy conceptions of sex. This is a step in the right direction, as childhood and adolescence is indeed the most formative time of one’s life, affecting behavioral patterns and values. Encouraging communication has to begin early. After all, one of Orenstein’s remarks suggests the problem has begun much earlier: “among male college students, porn use has been correlated with seeing sex as a purely physical experience; regarding girls as ‘playthings,’ objects of conquest rather than people; and measuring virility, social status, and self-worth by the ability to score with ‘hot’ women.”

One excerpt from the book was particularly striking: “Rather than speaking of [girls] as a collection of body parts, [the boys she interviewed] would reference a girl’s character, intellect, personality, generosity, humor, strength, talent. They spoke with admiration and respect for girls’ accomplishments or insight — they invariably glowed.” “Boys & Sex” is a 200-page treatise dedicated to uncovering why the sexual landscape is difficult for men, too, and suggests that statements like this would be more frequent if boys were encouraged to speak frankly about their emotions from a young age.