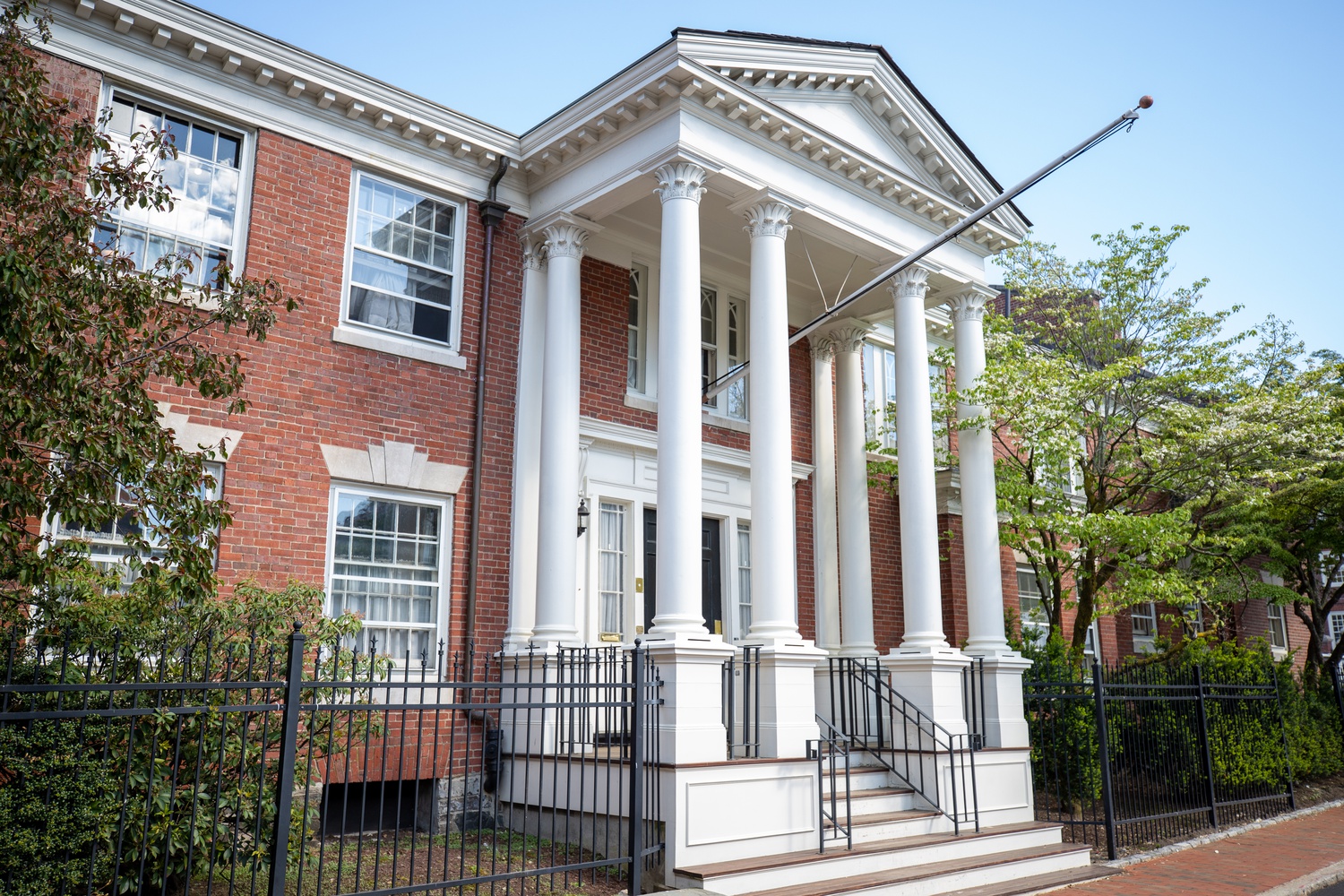 The Fly Club is one of several final clubs not holding a punch process this fall. By Ryan N. Gajarawala
By Ema R. Schumer, Crimson Staff Writer

COVID-19 has disrupted all aspects of Harvard life — including the efforts of the College’s most prestigious social groups to induct hopeful sophomores.

This semester, twelve final clubs on campus are not holding punch — the process by which final clubs recruit students each fall — due to the global health crisis, according to members of each club, who spoke with The Crimson on the condition of anonymity to divulge internal decisions.

The Crimson was unable to confirm the punch plans of the A.D. Club and the Pleiades Society — the only other two final clubs on campus.

Serena G. Pellegrino ’23, who said she would be open to joining a final club, said she supported clubs’ decisions to not hold punch remotely.

Pellegrino also said she believes delaying punch until everyone is back on campus is a more equitable solution than trying to hold smaller punch events off campus — while students are scattered across the world. She currently resides in Florence, Italy.

“People with different circumstances can’t meet or choose not to,” she said.

Ray Chen ’23, who said he is not interested in joining a final club, said he thinks clubs made the “responsible” choice by pausing in-person recruitment.

Still, Chen said he has questions about how delaying punch will impact future students.

“What does that mean for next year? Does it mean that we will see juniors getting punched that would have been? Will the freshmen feel any more inclined, so that like, ‘Oh, what is this thing — maybe there’s social opportunity — seeing as social opportunities are rare,’’ he said. “Or conversely, maybe freshmen don’t really know about what are these final clubs — like actually what the culture is like.”

While the coronavirus may put clubs’ recruitment plans on pause, they could experience renewed popularity once the College invites socialization-starved students to campus.

The University rolled back its policy targeting members of single-gender organizations at the end of June. The sanctions, which first applied to the Class of 2021, barred members from a host of leadership positions on campus and fellowships.

After the University changed its policy, The Crimson reported that 11 percent of incoming freshmen said they are “very interested” in joining a final club, sorority, or fraternity. That percentage marks more than double the proportion who reported so in the previous class.

A previous version of this article incorrectly named the Sabliere Society. In fact, the group changed its name in 2017 to the Sab Club.