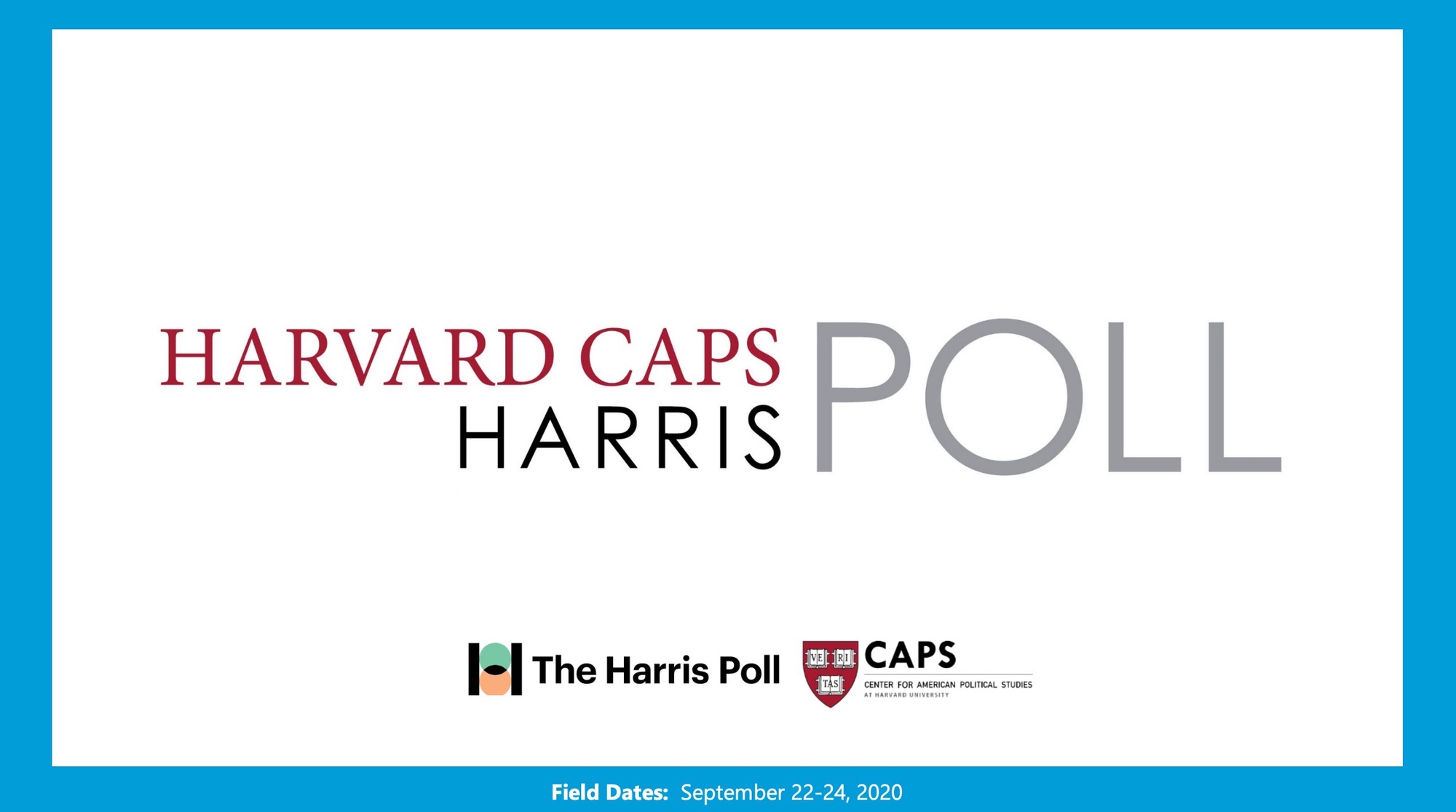 The Center for American Political Studies (CAPS) / Harris Poll has been asking voters which candidate they believe will bring law and order to America since June.
Advertisement
Advertisement

How Fox News and conservative media outlets are using a recent Harvard Poll to support their own election narrative.
By Garrett W. O’Brien and Gabrielle J. Pesantez

The promise of “law and order” has been a key refrain of President Donald J. Trump’s reelection campaign. The Center for American Political Studies (CAPS) / Harris Poll has been asking voters which candidate they believe will bring this so-called law and order to America since June. In the September poll, for the first time, a slight majority of Americans said they believe President Trump is best suited for the task.

From June through August, Democratic nominee Joe Biden led Trump, polling at about 54 percent on the question. For months, news outlets such as the New York Times and The Hill had highlighted Biden’s success on this front, citing the Harvard CAPS/Harris Poll.

In September, the tables turned. Shortly after the publication of the September CAPS/Harris poll results, which had Trump up 51 percent to Vice President Joseph R. Biden’s 49 percent, the conservative media outlets Fox News and The Washington Times reported on the poll for the first time.

Fox News and The Washington Times published articles declaring that voters are “receptive to President Trump’s law and order messaging.” The articles have generated serious traffic on their respective websites, raking in a combined 404 comments as of Oct. 10. However, the poll never directly asks respondents their view on either candidate’s “law and order messaging.”

Mark J. Penn ’76, a visiting lecturer at Harvard University and leading pollster for the Harvard CAPS/Harris Poll, explains that Fox News’s claim that poll results reflected a positive response to “law and order” messaging “is not the full context of the story.” “Look, articles like this take things out of context,” he continues. “They’re written to make a political point. That’s not the whole picture.”

“I didn’t cooperate with that article,” Penn says when asked about his thoughts on the Fox News story. “It’s unfortunate that people cherry pick [the poll] and use it to advance agendas.

The Fox News article attributes the poll’s findings simply to “Harvard,” and only cites CAPS / Harris Poll once in the story.

Penn believes the misattribution was intended to suggest that “even people from Harvard think that the president has some advantage” on the question of “law and order.” Penn plans to reach out to Fox News about the attribution of the poll to “Harvard” — “because it’s not,” he emphasizes.

“It’s impossible to police every article written in the universe,” Penn concedes. However, he says, journalists are especially prone to “cherry pick” findings to fit a desired narrative during a contentious election cycle such as this one. To combat this problem, Penn suggests readers should seek out the original survey whenever they come across news analysis of polling data.

“I don’t think it’s a good article,” Penn says in sum. He says he understands that pollsters cannot fetter access to their findings from those who may construe it to advance partisan goals. “Do they have the freedom to provide their interpretation? They do. In this case, I don’t agree with it.”

For Penn, the importance of polling lies not in confirming preconceived notions, but rather in grappling with the unknown. He says that our current political climate has “become too ‘gotcha,’ and too negative, too partisan.” Using polls to reinforce political footholds has only added to this polarization, he suggests.

As a pollster, he is in the unique position of a neutral collector of data. He acknowledges that polls must be used for political purposes, but also hopes they are used to see “what America really looks like.”

Context, Penn says, is everything — pollsters and journalists alike have a responsibility to provide accurate, unbiased information to the public. “We have to be honest in what we do,” he adds. “And we need journalists to do the same.”