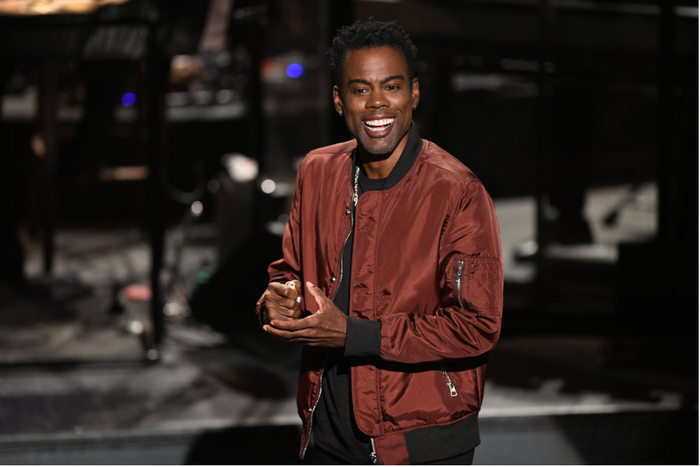 Host Chris Rock during the Monologue on Oct. 3, 2020 By Courtesy of Will Heath/NBC
By Alejandro C. Eduarte, Contributing Writer

It used to be President Trump, who threatened an FCC probe into the show in response to its repeated jabs at him over the past four years. Now, in its Season 46 premiere, the show feels so timid that it can barely provoke a reaction at all — much less laughter.

In recent years, the show’s development has stalled, flattening its riskier humor into sketches so obvious and surface-level they’re almost condescending. Remote filming was an obvious struggle for the show, but it produced some genius surrealist sketches over these past few months in quarantine. (“Eleanor’s House,” Aidy Bryant’s play on a children’s animation show gone horribly wrong, was particularly memorable) One would think that a return to Studio 8H would restore its rhythm and catapult it back to its pre-COVID glory, but in its premiere, the show has again failed to hit its stride.

The episode opens with a U.S. presidential debate sketch starring Jim Carrey as Joe Biden and Alec Baldwin as President Trump. With source material that could likely function as satire all on its own, one would think that SNL couldn’t possibly mess up the sketch. But they did.

Satire of this increasingly intense election works best when it clutches onto the intricate ticks of the hyper-energetic race — the awkwardness of the new debate format or the frustratingly benign moderators — which this sketch doesn’t even attempt to do. Wasting Maya Rudolph’s appearance on a terribly contrived line (“America needs a WAP: Woman As President,”) is one of the times it’s too on-the-nose, leaving no possibility of subversion. Instead, empty crowd-pleasing is the name of the game, where people laugh just because there’s a celebrity on the stage, not because the jokes carry any weight.

This attitude continues across the later sketches: “NBA Bubble” showcases a slate of opportunistic women attempting to quarantine with professional basketball teams. In this and other sketches, the joke never advances beyond a repetitive, 8th-grade punchline.

Chris Rock, an often-biting comedian, comes off as slightly less so in his host monologue about how COVID-19 has disrupted our daily routines. When Rock — a multimillionaire whose wealth will probably ensure he’ll be just fine in the sea of oncoming global crises — bemoans the U.S. government’s corruption and quotes James Baldwin, it comes off as entirely unconvincing.

As usual, the real stars are the women. Megan Thee Stallion’s “Savage” performance is an incredibly potent claim to her agency and life as an artist. A Malcolm X quote interrupts the song while the words “Protect Black Women” are displayed on the wall. She proclaims: “We need to protect our Black women, and love our Black women.”

Chloe Fineman’s spoof of “The Drew Barrymore Show“ is another standout: She is wry and perfectly exaggerated, hinting at how enthusiasm on talk shows can be deceptive in the wake of the Ellen DeGeneres labor scandal. Another sharp sketch is the song “Bottom Of Your Face,” featuring the dynamic duo of Ego Nwodim and Megan Thee Stallion — a magnetic rap pairing. On "Weekend Update, Colin Jost and Michael Che fall prey to the week’s chaotic news cycle and end up laughing at themselves — a bit which used to be charming, but has gotten old very quickly. In that segment, Bowen Yang’s Chinese trade secretary Chen Biao is a welcome reprieve (“She’s doing the work on racism from her family’s house in Nantucket” is one of the best lines of the night), but also hackneyed: Yang seems to be trapped playing the same character, and doesn’t get to show off his range.

Comedy, at its best, can acknowledge that the world which audiences are living in is fundamentally strange, stressful, and confusing. It can provide a reprieve, and it can force us to reckon with the deeper, scarier truths of our existence while also having a laugh. Can audiences expect SNL to get to that deeper place anymore, or will it continue to fill its weekly slots with timid, celebrity-filled, flashy escapism?

As most of the country’s live entertainment is canceled for the foreseeable future amidst the COVID-19 pandemic, it’s all the more sad that “SNL” — which has returned in semi-full capacity with a live audience of paid first responders — is so unwilling to take risks in its premiere.