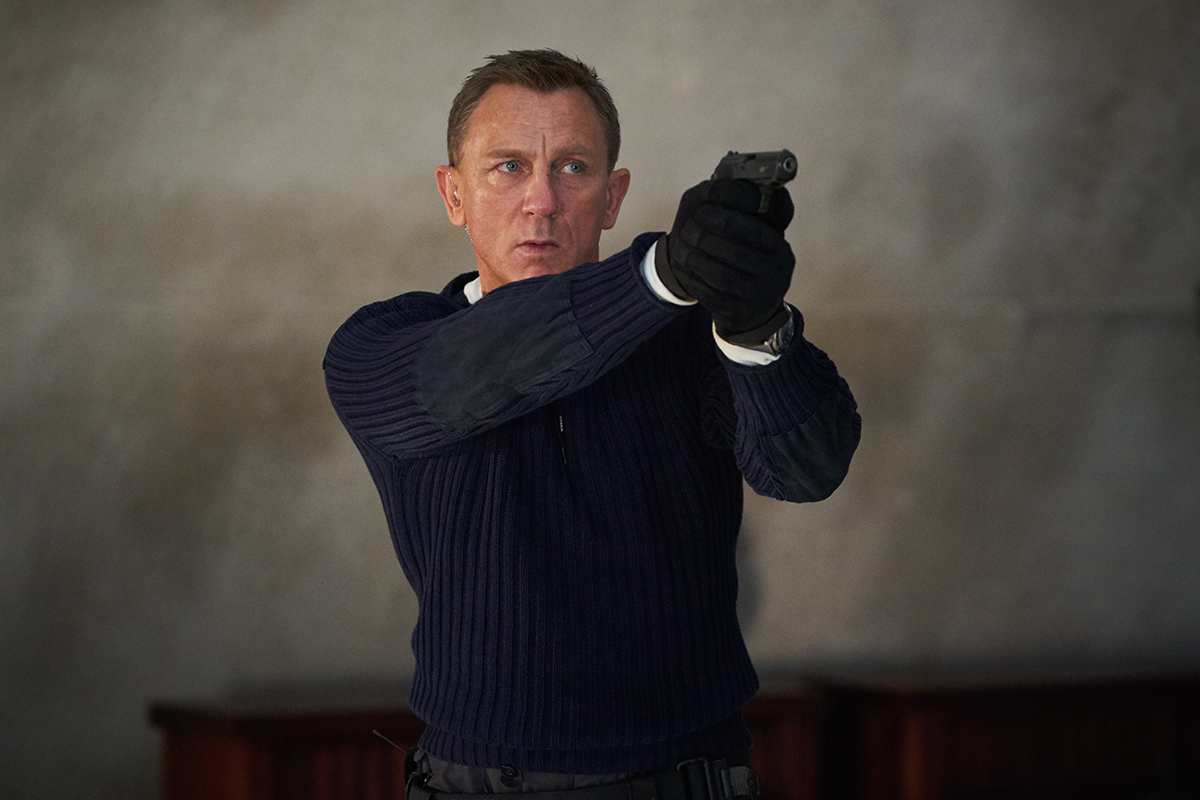 Hollywood has been on a downward spiral since the start of the quarantine, and the recent delay of “No Time to Die” until April 2, 2021 is almost certainly the nail in the coffin. Crumbling on the inside because you won’t be able to see Daniel Craig’s franchise finale for another year and a half? Here’s a list of Craig’s Bond films, ranked worst to best. Happy re-watching!

No doubt Foster’s spin on the Bond franchise was a noble endeavor. “Quantum of Solace” finds itself at the bottom of the list more because of its lack of memorability than its faulty execution. Bond is freshly wounded from the death and betrayal of his beloved, Vesper Lynd (Eva Green) in “Casino Royale.” While Craig deftly portrays an egoistic man reconciling with the loss of a woman he believed to be "the one," the film passes over critical opportunities to heighten Bond’s emotional complexity.

The dusty, burnt desert aesthetic of the production contrasts delightfully with a plot featuring villain Dominic Greene (Mathieu Amalric), a member of the Quantum organization seeking to control Bolivia’s water supply. Though Greene’s demise is clever (he is forced to meander in the desert and presumably perishes of dehydration), the absence of the signature out-with-a-bang annihilation of the villain is largely unsatisfying.

Olga Kurylenko plays Camille Montes, a resolute but ultimately forgettable Bond girl who hungers for revenge after her family is murdered. The lack of chemistry between Bond and Montes could have been exacerbated by the previous film, where the viewer revels in a rollicking romance between Bond and the compelling, seductive Lynd. A round of applause to Kurylenko, though. No actress should have to follow a performance by Eva Green.

Oh, boy. It was certainly a wrestling match between “Spectre” and “Quantum of Solace” for the bottom of the list. “Spectre” disappoints because of its exceptionally star-studded cast, including Academy Award winner Christopher Waltz (“Inglourious Basterds,” “Django Unchained”) and the legendary Monica Belluci (“Malèna”). To top it off, acclaimed director Sam Mendes ("1917," "American Beauty") returns to the directing chair, but this time to surprisingly lukewarm results.

Still, "Spectre" showcases one of the franchise’s most astounding opening credits, featuring Sam Smith’s sublimely haunting “Writing’s On The Wall.” Mendes also films the opener in a stunning one-take as a costumed Bond walks through Mexico City’s vibrant Day of the Dead festivities, then engages in a breathtaking helicopter fight scene. But despite these masterful elements, “Spectre” still winds up as a head-scratching amalgamation of unevenly plotted events.

French actress Léa Seydoux is also in the mix with a lukewarm performance as Bond girl Dr. Madeleine Swann. It is clear the screenwriters made a noble effort to construct Swann as an empowered femme fatale. In an early meeting with Bond, Seydoux moodily intones “I hate guns,” then proceeds to nonchalantly disassemble a gun in front of a startled Bond. Yet in the film’s defining moments (for instance, a climactic fight scene with a hulking Mr. Hinx played by Dave Bautista) Swann simply presses herself against the train wall, open-mouthed and helpless. Perpetually perturbed, the blonde psychologist leaves the audience a little irritated and very unsatisfied. It will be interesting to see her growth (or lack thereof) in 2021’s “No Time to Die.”

A review of “Casino Royale” would be remiss without an appreciative standing ovation for Vesper Lynd (Eva Green). Audiences are presented with a rare femme fatale, a woman whose vulnerability does not diminish, but rather enhances, her compelling strength. The chemistry between Bond and Lynd is delightfully ignited by an ability to see eye-to-eye as both conspirators and lovers. The romance depicted in the 2006 film is a remarkably rare one for behemoth blockbusters, one that the franchise has failed to reproduce since.

The Academy Award winning director outdid himself on this one. Mendes delivers an exquisitely action-packed, profound addition to 007. Whether it’s the alleged death of Bond or the crushing demise of M, “Skyfall” boasts a series of monumental plot developments. Most critically, the plot of “Skyfall” is courageous enough to introduce vulnerability to a franchise defined by shiny guns and rugged masculinity. Craig deftly steps out of his egoistic persona and assumes the air of a complicated man who must come to terms with his fallibility.

Solitude is conveyed through multidimensional, artful means. Unlike his other films, Daniel Craig is depicted standing alone in “Skyfall” posters, an intensely stoic expression etched onto his roughened features. Despite its hurricane of action, the film is a sobering homecoming, a rare opportunity to humanize Bond not as a weapon, but as a man. The agent’s fated return to Skyfall provides an unprecedented glimpse into Bond’s lonesome childhood, suggesting an upbringing defined by trauma and faux strength.

As the film progresses, the audience must reconcile with the moral ambiguities of all characters, not just that of magnificently maniacal villain Raoul Silva (Javier Bardem). Judi Dench’s M is scrutinized as a fading leader who champions what contemporaries hound as “old-fashioned” tactics. What is the use of vintage cars and exploding pens in a world defined by dizzying technological innovation? Is it finally the era where 0s and 1s have become more powerful than 007s? “Skyfall” provides a deafening answer, one that is succinctly spoken through M’s recitation of Tennyson: “We are not now that strength which in old days moved earth and heaven, that which we are, we are. One equal temper of heroic hearts, made weak by time and fate, but strong in will. To strive, to seek, to find, and not to yield.”