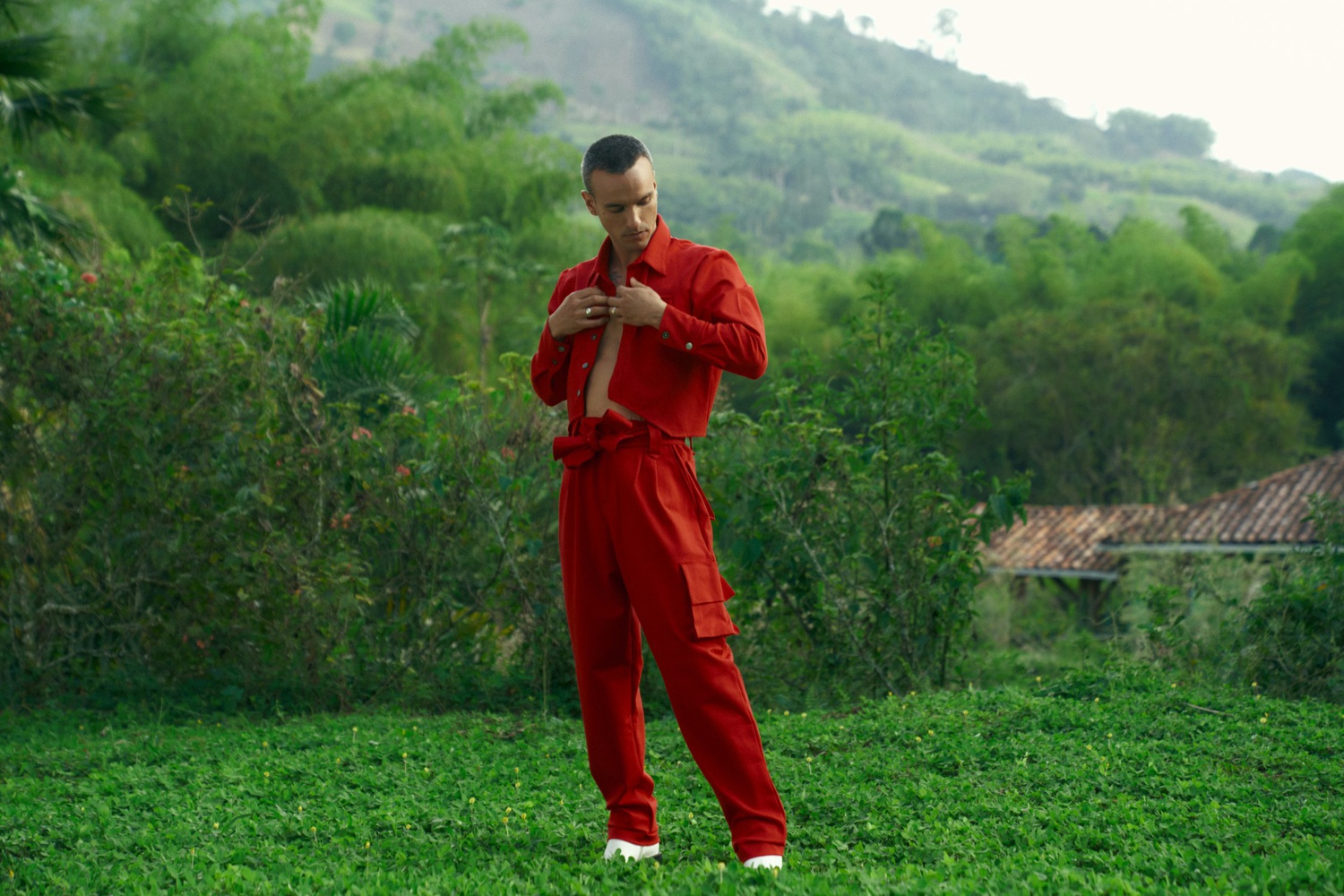 In the midst of the COVID-19 pandemic, most people don’t know the next time they’ll be able to attend a live concert. Six months into this drought of live music, the chameleonic Gabriel Garzón-Montano has crafted the perfect antidote for lovers of ambitious Latin music. His sophomore album “Agüita,” out October 2nd, is a sharp work, twisting into his already well-defined sound: sparse, jazz-inspired Latin tracks. This new project reveals an overwhelming tenderness, elevating it from his previous albums. It carries listeners from the confines of their own spaces to a hypnotic dance floor, through a plethora of rule-bending blends that prick at the mind’s sense of security as much as the body’s. Be warned: Garzón-Montano’s album revels in extremes, leaving no listener untouched.

Most famous for a Drake sample on 2016’s “Jungle,” Garzón-Montano’s career took off quickly: He released his debut EP in 2014 and opened for Lenny Kravitz the same year, before producing an incredibly well-received first album, “Jardín,” in 2017. Born in Brooklyn to a French mother and Colombian father, he grew up immersed in the sounds of the Philip Glass Ensemble. He grew a sensibility for precise production and is a talented multi-instrumentalist, playing guitar, bass, piano, and drums. Now, years after that first brush with fame, Montano has a new manifesto: that old sound? He’s moved on. In an interview with Uproxx, he cites that the music industry forces him to ask, “I’m supposed to sing about what matters to heart, but at your convenience? Do you feel safe enough to listen to my emotions?” “Agüita” ensures listeners have a harder time doing so.

The album is structured through a merry-go-round of three intertwined characters: the “impressionist,” the Latin trap star, and a third undescribed one. For his Latin hip-hop work, “Muñeca” and “Mira My Look” (“look like I made you, mom like I made you, feed you and bathe you”) alter modern reggaeton and sly, Gambino-esque hip-hop. When they appear on the album, they punctuate and relieve the emotionally heavy surroundings, if also providing the album’s only awkwardness. Garzón-Montano’s other eight songs are less easily categorizable; some are his tried-and-true experimental sound, while others extend into spacey ambience to dramatize moments of crisis in romantic and familial relationships.

On the opener, “Tombs,” creepy, dissonant vocals blur into a symphonic interrogation of death: “Why discuss what we can’t see? Why awaken from a gorgeous dream?” As with the rest of the album, chromaticism abounds, and this track builds to a climax of electric guitars with a flash of intensity comparable to Yves Tumor. Midway through the album, “Fields” situates the listener in Garzón-Montano’s breathy voice as it almost stretches to its limit over tense horns. The album’s centerpiece, “Moonless,” crystallizes the album’s designing principle: His lyrics mourn his mother over a deceptively upbeat, euphoric instrumental. Juxtaposing his experimental sound with strings that evoke his mother’s classical training, a surprising truth emerges. Music is attuned to mourning because it mobilizes the sounds which form our hearts, and attempts to capture those who have moved us the most.

Given the Black roots of reggaeton and Latin trap styles which Garzón-Montano plays with in this album, it’s worth asking what power he has in using it. He’s not an A-lister, like chart-toppers Bad Bunny and J Balvin, but he still is influential within the experimental music landscape. The song “Agüita,” was inspired, he says, by his experiments on Tierra Whack’s “Fruit Salad,” with some production techniques from Migos. In extending beyond his previous sound, the dilemma emerges: When these are Black-created genres, how far can a non-Black artist go? In June, he released a statement after silence on the Black Lives Matter uprisings in the U.S., vowing to “value all black lives as much as I do black culture.” His veracity is still a little shaky, but if there’s anything he proves, it’s that music carries through cultures, and one can draw elements from many into a cohesive final product.

“Agüita”’s title track (featuring one of the most electric videos of the year, floating from the expansive jungle to the streets of Colombia) comes right before the album’s closer. Bass emerges, autotune whines, a trap beat rattles, and listeners are launched into what, as a single, sounds like a typical Latin hip-hop song. But after the album has lulled listeners into a meditative state, “Agüita” is a jolt of energy. It’s destabilizing, almost scary — inviting audiences to flock to the street and throw their bodies into dance. By the sweeping final track “Blue Dot,” static cracks suggest the album itself is breaking open: a natural ending to a riveting trip through the mind, fading out over wordless final minutes. Only then can the album get under the skin, as it was meant to be known.