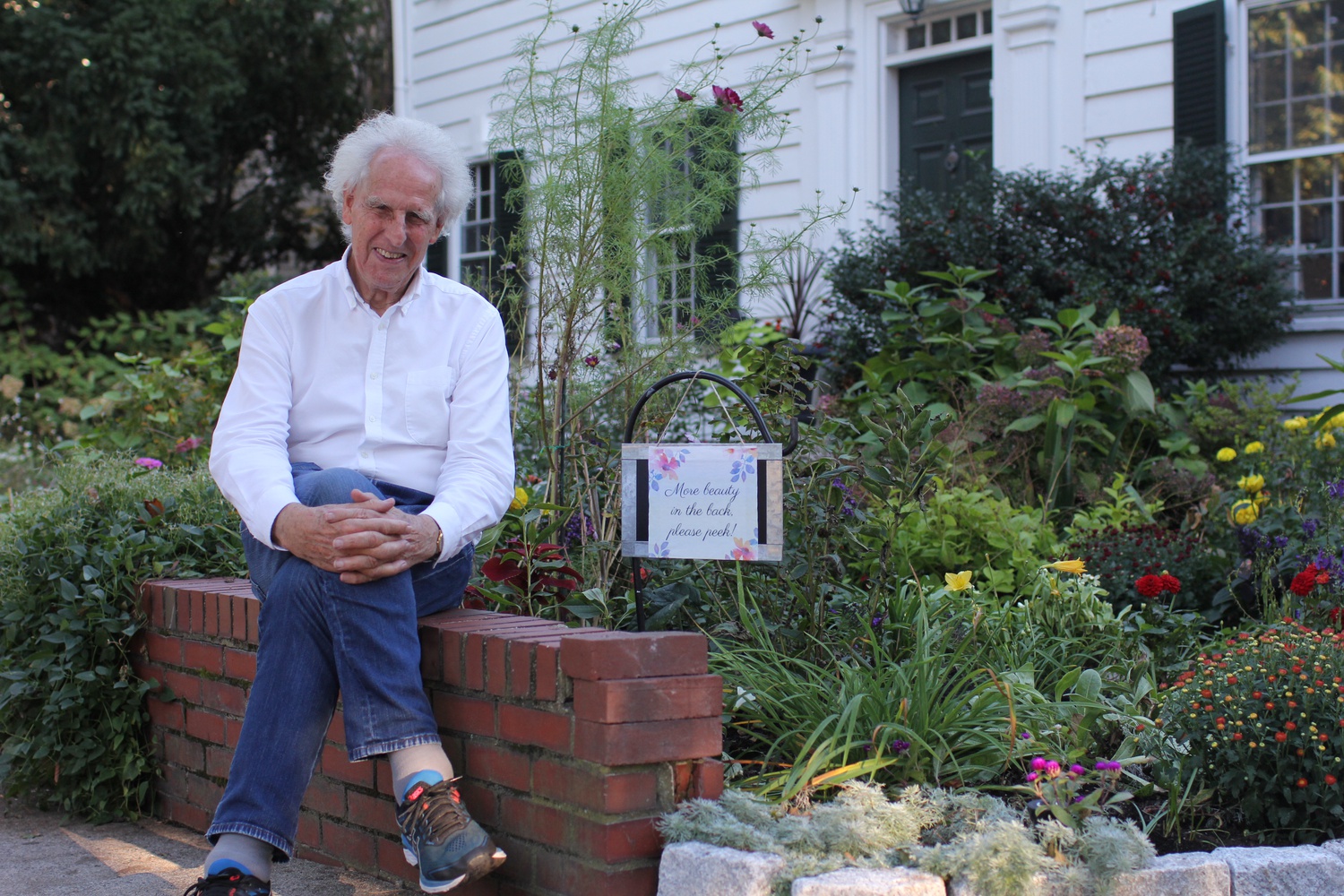 Since May, the Safe and Sound series — what Zander playfully calls “Live-in-the-Drive” — has had a total of 14 concerts featuring musicians from the Boston area. By Claire H. Guo
Advertisement
Advertisement

A Driveway Full of Shining Eyes

Even though Boston Symphony Hall stands silent today, its music is "coming to life again" in Benjamin Zander's driveway. "Since May, Benjamin Zander’s two-car driveway on Brattle Street has slowly filled with live music; the audience now reaches 200 guests, spread out across the driveway and down the street, all wearing masks."
By Claire H. Guo and Jennifer Luong

Boston’s Symphony Hall, with its imposing 60-foot-high coffered ceilings, is widely considered one of the finest music halls in the world. For the first time in 139 years, it stands silent.

But elsewhere in Boston, the music missing from Symphony Hall is coming to life again. Since May, Benjamin Zander’s two-car driveway on Brattle Street has slowly filled with live music; the audience now reaches 200 guests, spread out across the driveway and down the street, all wearing masks.

Zander, the 81-year-old founder and conductor of the Boston Philharmonic, has a smile that takes over his face and a full head of white hair that floats like its own cloud. On a Saturday afternoon in May, Zander had an idea and called up the Boston Philharmonic’s Assistant principal cellist, Velléda C. Miragias. “Would you come to my house and bring your cello?” he asked. That day in Zander’s driveway, she played an hour of solo Bach Suites — her first time playing outside her home since the start of the COVID-19 pandemic.

“Something kind of miraculous happened, which is [that] people stopped. They gathered around to listen. Cars stopped, they put down their windows. I put out a few chairs,” Zander says. “And so we decided to do more of them.”

The spontaneous endeavor became a weekly affair. Since that first call in May, the Safe and Sound series — what Zander playfully calls “Live-in-the-Drive” — has had a total of 14 concerts featuring musicians in the area, including students from the Boston Philharmonic Youth Orchestra and world-renowned flautist Carol Wincenc. Listeners began arriving early to reserve spots in the driveway and others gathered in and across the road, all socially distanced, to hear the unfiltered music cascade down Brattle Street.

Beyond the physical guests, the live Facebook streams have reached virtual audiences of up to 13,000 with comments pouring in from countries around the world, including Scotland, Argentina, and Japan.

Zander’s house is no stranger to strangers. A sign outside his blooming front garden reads “More beauty in the back, please peek!” He welcomes passersby and concert guests to enjoy the flowers in his backyard, asking, “Why would I have such a beautiful garden and not want to share it?”

In one letter, neighbor Harold Nassau details his transition from visiting Zander’s gardens to discovering the concerts, thanking him for the experience.

“I cannot begin to tell you how beautiful and moving it was to listen to the music. These months have been so devastating, so inhuman, so painful for us all,” Nassau wrote. “As I listened to the music — so elegant and refined and beautiful — I felt awakened feelings that had seemed lost.” Nassau left in tears.

In numerous other letters to Zander, neighbors thank him for his warmth and generosity of spirit. During the concerts, he offers sweaters and pulls out sofa cushions for some older audience members sitting on the asphalt. Concerned by the noise of traffic, Zander even spent the most recent concert standing in the middle of his street, guarding the delicate sound of string instruments against the hum of motors and engines.

“I found that people drove slower because they didn’t want to run me over,” Zander says, laughing. “And then the traffic noise was a little less.”

For musicians in particular, the concert series has offered a respite from the complete discontinuation of live music during the pandemic. After five months of not being able to play with others, one performer burst into tears while playing for Safe and Sound.

“We [musicians] were probably the first to be cut off from the scene because of the nature of how we play — we’re so close to each other, and the audience is close, and we are probably going to be the last ones to be back on the scene,” Miragias says. “It is emotionally very difficult because our life is wrapped around playing together, for people.”

In addition to the emotional toll of not performing, many of Miragias’s fellow musicians have faced a complete loss of income, some having to relocate and file for unemployment, others even exploring alternate career paths.

“[There is] no end in sight. You have a guess and you hear some rumors — then you hear about the MET [Orchestra] canceling for two years, so then that just adds to the anxiety,” Miragias says.

The Safe and Sound Concert Series contrasts with classical music’s regimented, precise, and restrictive image. Musicians came each week with little to no rehearsal, dropping out briefly mid-performance as the wind blew or as pages needed turning. Sometimes bells would ring in the nearby Armenian church. On one occasion, everyone started to yell, “Run!” as a lightning storm fell.

“One of the problems with our lives is that [they have] become too predictable. Recordings of perfectly produced music have done tremendous harm to classical music,” Zander says. “Classical music is something that should be felt with excitement and warmth and love and inspiration, and [it should] not be too careful. And in these concerts there’s no chance we are too careful. It’s full of fun.”

One listener from Maryland felt the same way.

“What will we do without you?” Tony Hyatt writes. “You have opened my mind up to a whole new world of music. I have played many concerts as a woodwind artist, and played so starched and restricted. Now my own playing moves me in a different way.”

Zander describes himself and others — performers, musicians, conductors, and listeners — as having been “starved for classical music and for live music.” There’s something about live music in particular, he thinks, that cannot be replaced.

“Music is as omnipresent as leaves on the trees. But live music is something very different,” Zander says. “Everyone who is used to eating vegetables out of the can, and then eats corn off the cob, knows that it is a totally different experience.”

When asked about his role in the concert series, Zander insists that he did very little. He has just gathered an audience of shining eyes, as he puts it.

“The aim of all of this is to create shining eyes,” Zander says. “My definition of success is not wealth, fame, or power, but how many shining eyes do I have around me?”