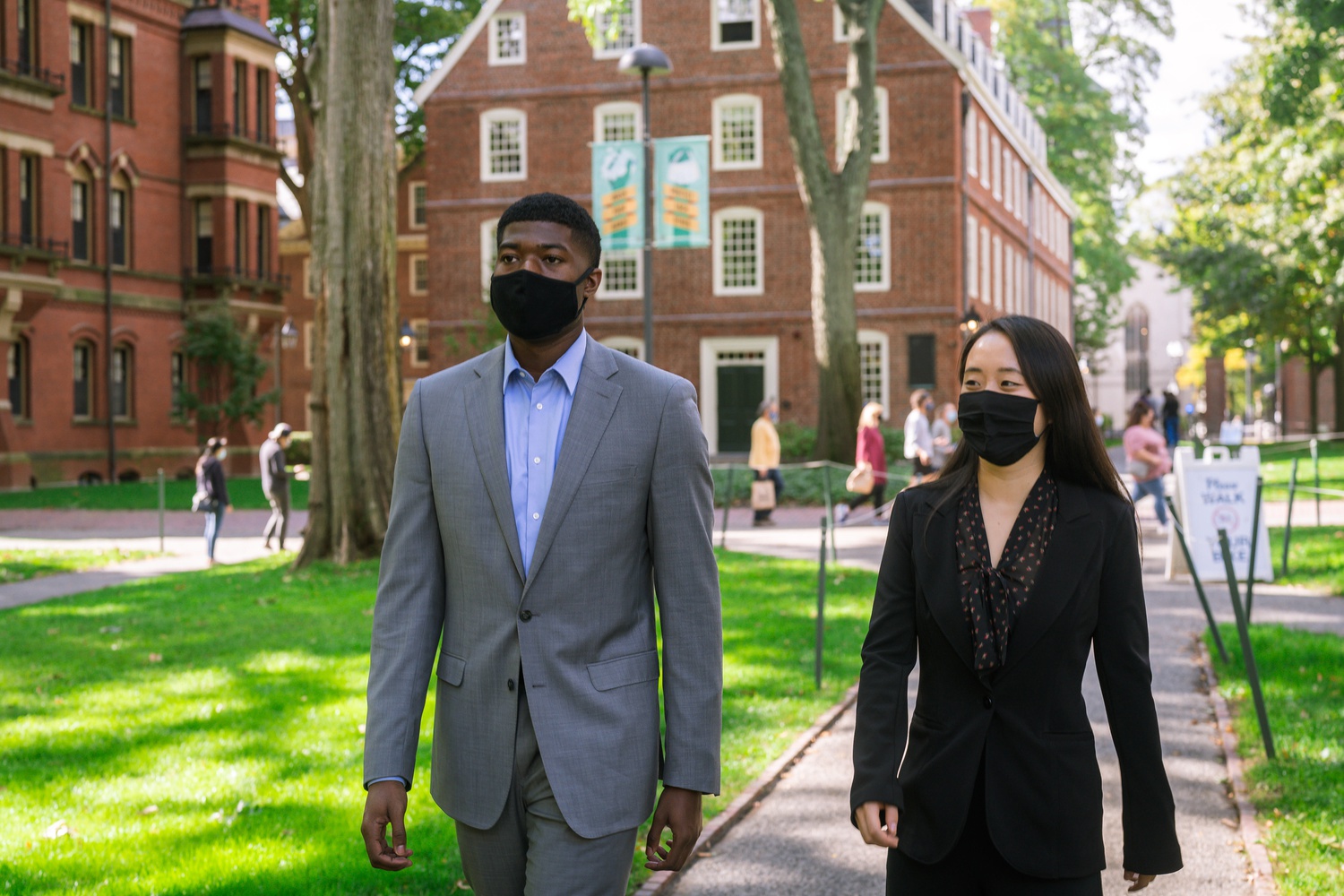 Harris and Gan both currently serve as representatives on the Council. Harris serves as Treasurer, Black caucus co-chair, and Dunster House representative; Gan chairs the First-Year Class Committee and is a representative from Leverett House. They will take office in December, replacing outgoing UC President James A. Mathew ’21 and Vice President Ifeoma E. “Ify” White-Thorpe ’21.

The UC Election Commission also announced that the lone referendum on the ballot this year passed by a wide margin. More than 84 percent of voters supported a proposal stating that “Harvard University should commit resources to encouraging course material sharing on an open-source platform.”

Harris and Gan ran on a platform highlighting diversity and inclusion, improvements to student life, and resources for health and wellness. In a previous interview with The Crimson, Harris and Gan pledged to help in “Building Tomorrow’s Harvard.” The campaign received endorsements from multiple organizations on campus, including several cultural affinity groups. One of their campaign promises was the creation of an “Advocacy Fund” to help finance student activist efforts. They also pledged to expand their Headspace program, which they piloted last semester, along with other initiatives aimed at improving students’ mental health.