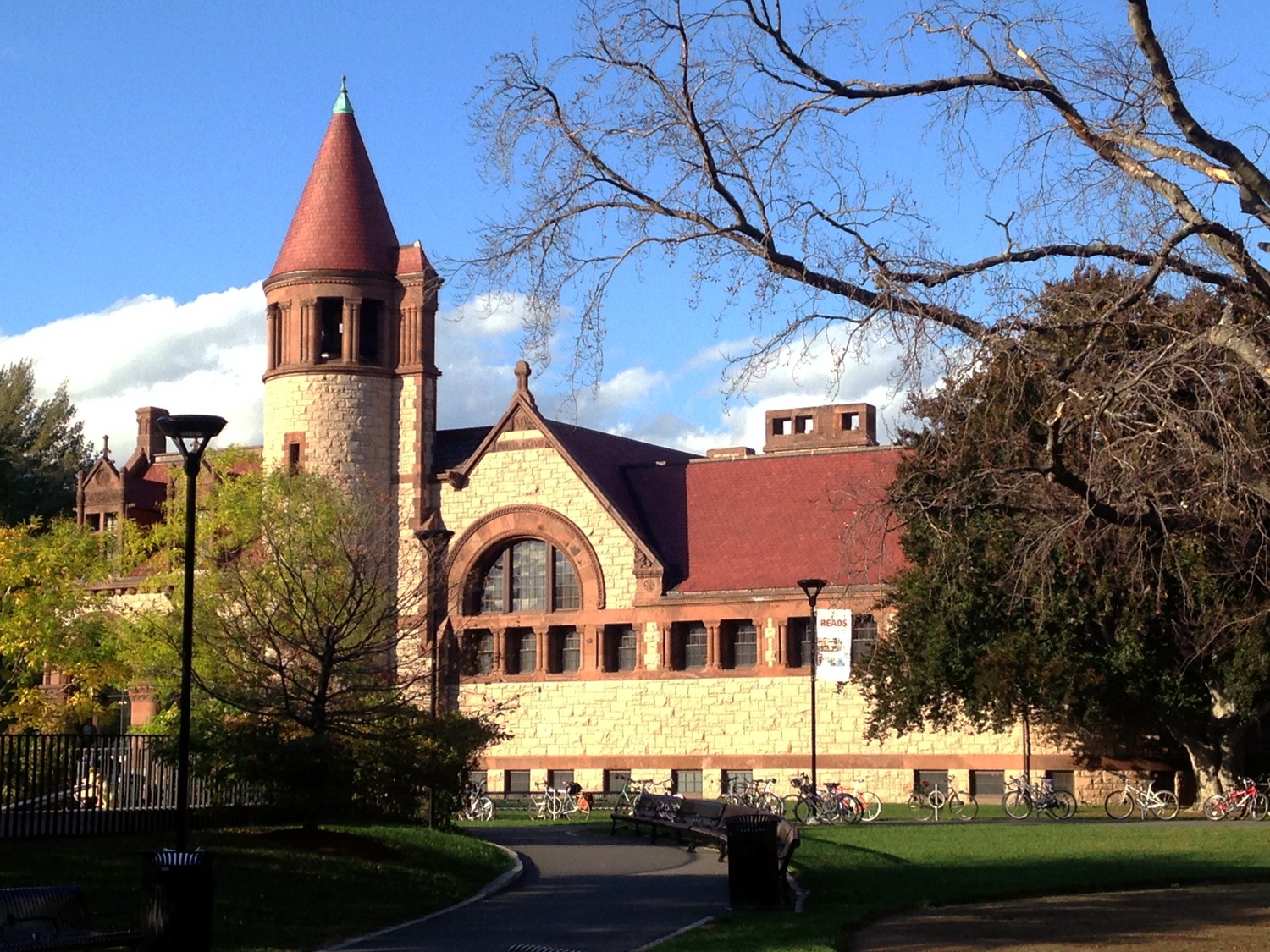 Students at the Cambridge Public Library STEAM Academy — a collaboration between the library and Innovators for Purpose, a local non-profit that gives young students experience working on real-world projects — created the exhibit, titled “This Should Not Be.”

The exhibit consists of several physical posts spread around the library that can each be converted to augmented reality with a cellphone, according to Reinhard Engels, manager of innovation and technology at the Cambridge Public Library.

Michael K. Dawson, the co-founder and CEO of Innovators for Purpose, said the idea for the project came from his discussions with students about the murder of George Floyd by Minneapolis police in May, as well as other incidents of police brutality.

“The goal was to give teens a platform to speak out against systemic racism and talk about their ideas on how we might create an America that we can all believe in,” he said.

Maria T. H. McCauley, director of libraries for the City of Cambridge, said the library decided to host the exhibit because it seemed like a “natural extension” of its goal of supporting learning and literacy.

“The skills that the students are learning are really incredible – it’s very high level work,” she said. “They will definitely be able to bring these skills into industry, if that’s what they so desire.”

The exhibit, which debuted Nov. 5, remains up at the library, which plans to expand its augmented reality initiative to other locations across the city.

“The intent of the installation was for people to engage in conversation around racism and race — particularly as it’s tied to the pandemic — and to begin to think about what more they might do to combat racism,” she said.

McCauley said the exhibit demonstrated the strength of the partnerships that came together to support and underwrite it.

“I think that this is a really wonderful example of what can happen when different community partners and funding partners come together,” she said. “We really can transform lives, and I think the people walking by recognize that it’s a powerful experience for them.”