Portrait of an Artist: Tom Rogers ’84 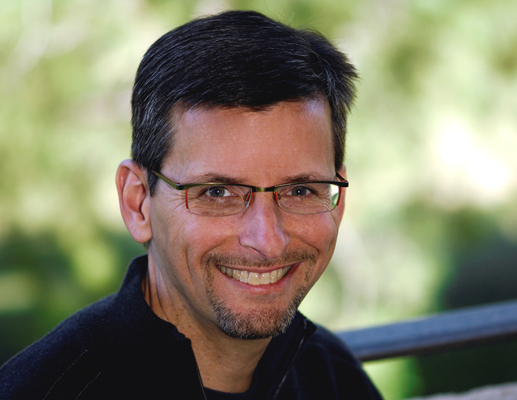 Tom Rogers ’84 came into his senior year of high school thinking he wanted to be a physicist. Now, after a nine-year stint as a staff writer for Disney animated television, he has a Daytime Emmy to his name for “Elena of Avalor,” a book titled “Eleven,” and a whole host of awards for his various movies. Rogers is the writer behind such childhood classics as “Kronk’s New Groove,” “Cinderella II: Dreams Come True,” and “The Lion King 1½,” as well as his new show, “The Chicken Squad,” which is coming to Disney Junior in the fall of 2021. The Harvard Crimson sat down with Rogers to talk about his circuitous path to writerdom and Disney’s move away from “white princess culture.”

The Harvard Crimson: Disney magic has made up a great deal of our collective childhoods. What inspired you to start working with Disney?

Tom Rogers: I came to it in a very roundabout way. My Harvard experience was all about discovering, trying to figure out what interested me, what direction to go — and Harvard can be kind of an intimidating place, especially when you’re surrounded by people who are very sure of who they are and what they want to be.

[After college] I got what amounts to a sort of menial entry-level job, as a script reader. I did that for a long time and kind of had a revelation, which is: None of these people needed permission or credentials to become a writer — they just needed to get busy writing. And so I did.

An executive who knew some of my work had worked for Disney, and asked if I wanted to come write a “Cinderella” short about Cinderella’s life in the palace after “Happily Ever After.” I loved it. I loved the imagination that went into it; I was writing this little story that involved Cinderella and her little mouse friends, Jaq-Jaq and Gus-Gus, and I bought little plush toys of each of them and I would put them up on top of the computer monitor so I could talk to them, have conversations with them. My wife thought I was losing my mind because she could hear me doing their voices, you know, [imitating] ‘Oh, hey, Jaq-Jaq!’ You do it to try to get into the character and write in the rhythms that they speak in. And I guess I did a pretty decent job of it, because that team hired me on to do some additional work, and that led to another show, and another show, and I became a staff writer in that division for about nine years, which was just a great training ground.

THC: If you had to pick a lesson from something you’ve made which you would really like to espouse, which would that be?

TR: I wrote a book a couple of years ago for middle school kids called “Eleven.” It’s about a boy turning eleven on 9/11. In part, I wrote it as a didactic tool, as a way to teach, but I also wanted it to be an engaging story. And a consistent theme I find in all the things I write is what it means to be a hero, what it means to have courage. When I was a little kid and I used to dream about being a hero, my daydreams were kid fantasies about running into a burning building and saving everyone, and all the pretty girls wanted to be my girlfriend, because I was the hero of the day. And then, growing up, understanding courage is sometimes being strong in the face of your fear, standing up quietly for what’s right, being responsible for someone else when you could turn your back and walk away. Those things are also heroic. And I was able to put that into this book. It becomes a discovery of what it means to be a hero when you’re put into a situation that challenges you beyond your emotional capabilities. That’s a story I’m really proud of.

THC: How has writing for Disney changed over the years you’ve been working there?

TR: I think the emphasis on moving away from a kind of monolithic white princess culture to recognizing the world that we’re in, and representing that world both on screen and behind the camera. My show –– of our four main characters, two are African-American, because we want to have those voices represented. Of our top 30 cast members, probably just under half are non-white. It’s just better storytelling to not have everybody sound the same and look the same and think the same. The same is true on our writing staff and our artist staff. [There are] way more than 50% women on our crew, which is really good, and certainly wasn’t always the case. Traditional animation was very much a boys’ club. I mean, look, I’m a middle-aged white male, I can’t myself diversify things, but I can use my position to create opportunities to make that happen. I don’t want to do any back-patting, but I’ve been proud of all my shows really pushing to make those opportunities happen. We are aligned, both Disney and I, and everyone else I know that’s making shows now, that this is the way it should be and needs to be. So that’s probably the biggest change.

THC: Tell me a little bit about your new show!

TR: It’s called “The Chicken Squad”! We will come to air in –– the plan right now is — spring of 2021, on Disney Junior, eventually to be released on Disney Plus. It’s based on a series of kids’ books by Doreen Cronin, and it’s about this team of siblings: three little chickens, Coop, Sweetie, and Little Boo, who are a team of scouts. They go around solving little mysteries and helping out their neighbours. Then they have this mentor named Captain Tully, a search-and-rescue dog who’s supposed to be sort of a watchdog over this suburban backyard chicken coop, but she becomes their teacher. We’re having a ball, it’s great, and we’re trying to lean in on positive storytelling and the social and emotional learning messages for kids.