'Miller’s Crossing': A Crime Flick Worth The Revisit 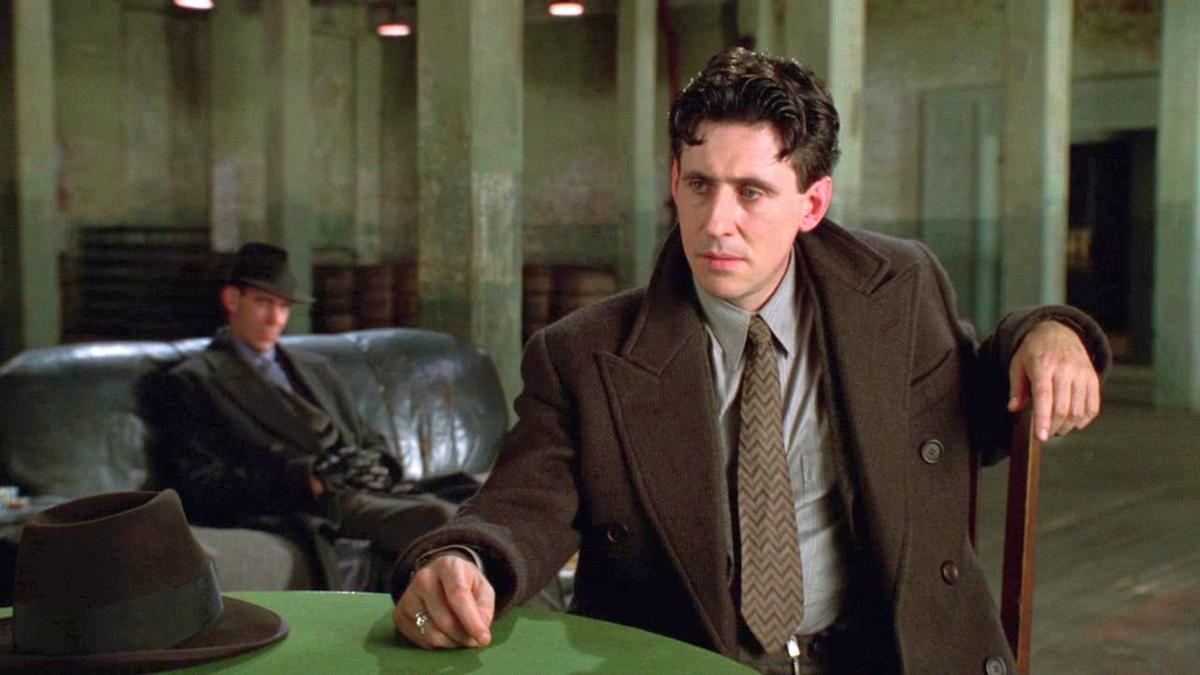 What separates humans from animals? Could it be the ability to procure and disseminate alcohol in Prohibition-Era America? Is it possessing the means to fix boxing matches and silence rival gangs in a grimy urban city? Is it doing all of this while sharing a laugh and a drink with the mayor in an office overlooking a speakeasy? If these are the criteria, the cast of mobsters in the Coen brothers’ 1990 film “Miller’s Crossing” are most certainly human. Unless, of course, being human is a question of “friendship,” “character,” or “ethics,” as one murderous mob boss so daintily puts it.

From the grifting, fedora-touting henchmen to the discussions of power in smoky mob headquarters, “Miller’s Crossing” contains all the elements of a classic crime flick. Yet the Coen brothers infuse this narrative with a vigor that transcends the genre mold: “Miller’s Crossing” is simultaneously a caricature of, and a love letter to, noir and all of its outrageous tropes. The Coen brothers satirize the romanticization of the early 20th century crime scene with over the top set pieces, while managing to engage audiences with the central character's jarringly grave inner conflicts. "Miller's Crossing" should be revisited and praised for its timeless perspective on an ephemeral era, and genre, of American life.

“Miller’s Crossing” centers on the affairs of Tom Reagan (Gabriel Byrne) — a casual, perpetually boozed-up yet sharp-witted handyman who never fails to rattle off a quip in the face of danger — as he navigates the shifting power dynamics of an unnamed metropolis in 1920s America. Tom must ultimately decide to whom, or to what values, he’s most loyal in his dealings with feuding mobsters Leo O’Bannon (Albert Finney) and Johnny Caspar (Jon Polito) — an Irishman holding onto control of the city and an Italian threatening to seize it. The conflict arises when bookie Bernie Bernbaum (John Turturro) snitches on one of Caspar’s boxing fixes and Caspar wants him dead, but O’Bannon, who's romantically involved with Bernie’s sister, wishes otherwise. As this context demonstrates, the connections and allegiances of the cast of characters flanking Tom get very messy, very quickly.

Audiences might not be so initially keen on immersing themselves in the mob world of the 1920s — a setting so specific and perhaps irrelevant to life today — but the Coen brothers craft a surprisingly engaging cinematic experience with this web of uniquely humorous, violent, and bizzare personas. The characters' differing motivations feel wholly representative of humanity’s ideological diversity. Take “the Dane” (J. E. Freeman), for example — Caspar’s cold, calculating right-hand man; or the bookie’s sister, Verna (Marcia Gay Haden), whose flirtatious antics veil a deep concern for the wellbeing of her brother. The distinct motivations, afflictions, and beliefs of each character, while portrayed in period-specific light, are not exclusive to the period. The Coen Brothers link their local mobster world with human experiences that resonate across decades.

The way the film frames each character further heightens their signature traits. We see the Dane’s menacing black gloves before we see the Dane himself, and when he is revealed for the first time, it's from a low-angle shot that emphasizes his large, towering stature. The Coen brothers employ deliberate blocking to introduce the audience to Verna, who’s first seen opening the door to her apartment and posing casually for Tom; yet a caution underlies her seemingly amenable invitation. Moreover, the brief, fleeting cuts that accompany characters of shallow interests and cheap morals directly contrast how the audience sees Caspar, who’s long-winded ramblings of ethics and friendship are accentuated by drawn out close ups. “Miller’s Crossing” is not the story of a man but of a world — one inhabited by characters to be viewed through purposefully crafted lenses that mirror their idiosyncrasies.

While the Coen brothers’ take on noir is rendered unique by its outrageous characters, “Miller’s Crossing” still leans on the genre’s classic motifs in an endearing way. One can only be reminded of Francis Ford Coppola’s “The Godfather” when viewing Leo O’Bannon’s dimly lit study or Tom’s drive out into the forest to “whack” a rival gangster. And despite the uproarious clashes between police and the mob (think several minutes of extended shooting at close range with no carnage), the film takes on a certain gravity as Tom continues to grapple with such matters as romance, trust, and imminent death — matters familiar to gangster film aficionados, and perhaps matters that truly separate humans from animals.

The Coen brothers present us with a wonderfully mesmerizing period piece, yet it doesn’t feel quite right to call it a period piece. “Miller’s Crossing” is more a discussion about the human condition and the values that shape it, employing an era of American history rife with intrigue to frame that discussion. And while teasing its tease-able tropes, the Coen brothers acknowledge the noir genre’s rich legacy by coupling its dark themes with an irreverent lightheartedness. For a 30 year-old movie about 100 year-old events, “Miller’s Crossing” can certainly resonate with audiences today.