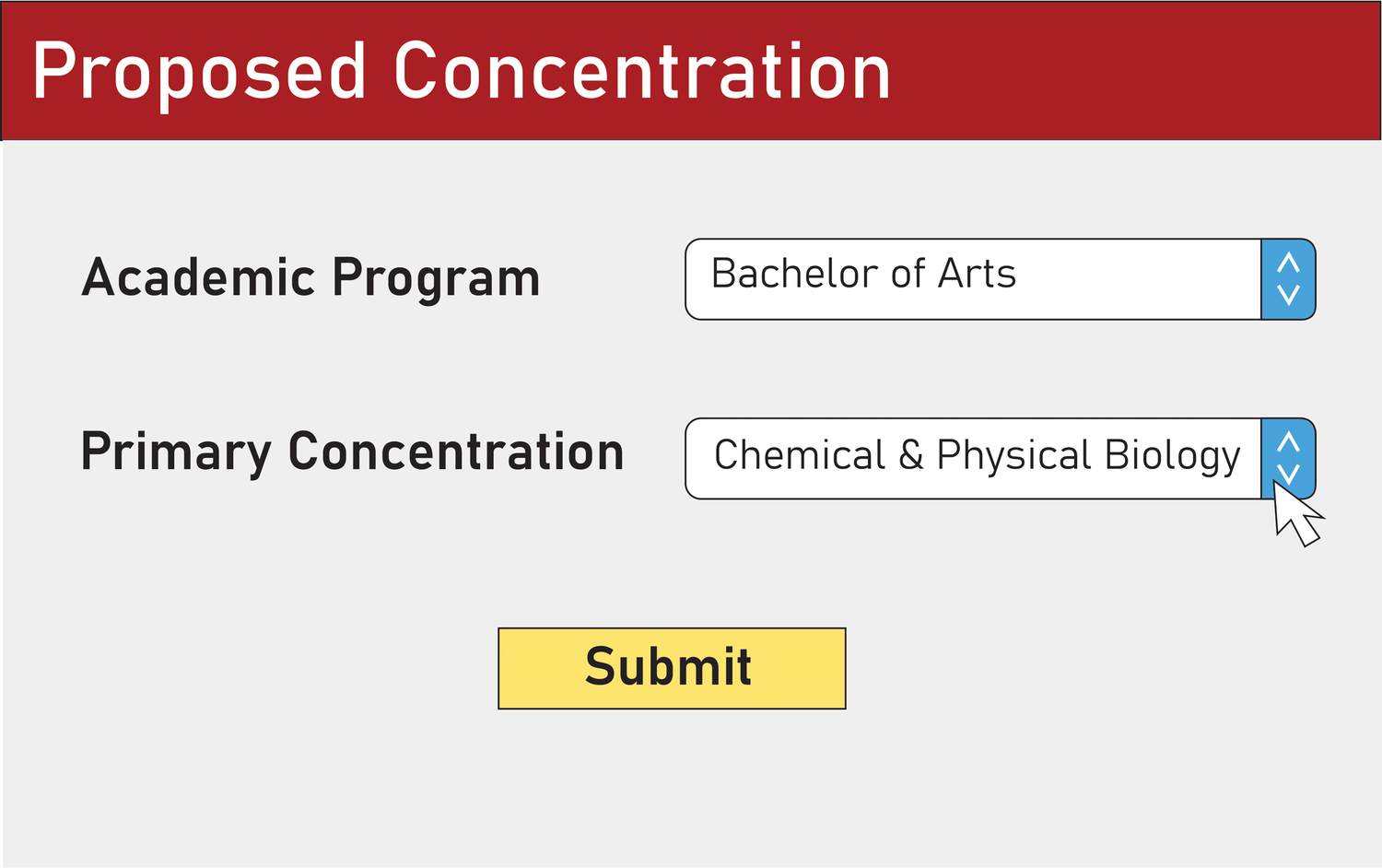 Though sophomores have spent half their time in college away from campus, many students still said they felt prepared to make informed decisions about their chosen concentrations from a remote setting.

Economics was by far the most popular concentration, with more than 180 sophomores currently declared, according to an internal College student directory. Computer Science was the second most popular, numbering around 130 newly declared students, while Government was the third favorite at roughly 120.

Rachel Chau ’23, one of about 80 Neuroscience concentrators, said she only started thinking about her concentration choice during the summer, after learning already moved to a virtual format due to the COVID-19 pandemic.

“I was choosing between some of the sciences, and I ended up doing some research on all of them, just talking to upperclassmen and talking to advisors,” she said.

Chau also said she feels the transition to the virtual concentration exploration process has been smooth.

“The neuroscience department did a pretty good job of reaching out and kind of letting people know what it's about,” she said.

Zavier S. Chavez ’23, a Philosophy concentrator, also said his process of declaring a concentration was easy, despite the virtual environment.

“I’m ROTC now, so I can have a guaranteed job right after college because I'm doing the legal route. I'm in a very fortunate position where I can just kind of pick whatever I like the most,” he said.

Audrey L.H. Ory ’23, a Molecular and Cellular Biology concentrator, said she declared weeks before the deadline.

“I kind of went into Harvard knowing I wanted to concentrate in biology. I was in between [Human Evolutionary Biology] and MCB, and I took a class in the spring that led me more in the MCB direction,” Ory said. “Actually, it was a pretty easy decision for me.”

“Especially based on some of my friends’ experiences, MCB was particularly easy. They reached out to me in an email many weeks ago, having me fill out a survey and set up a meeting with the concentration head,” Ory said. “And then that was basically it.”

Chau reassured freshmen that they should not spend too much time worrying about their concentration in advance.

“If I had advice for freshmen – next year, don't worry about it. Yes, it will work out, hopefully,” she said.