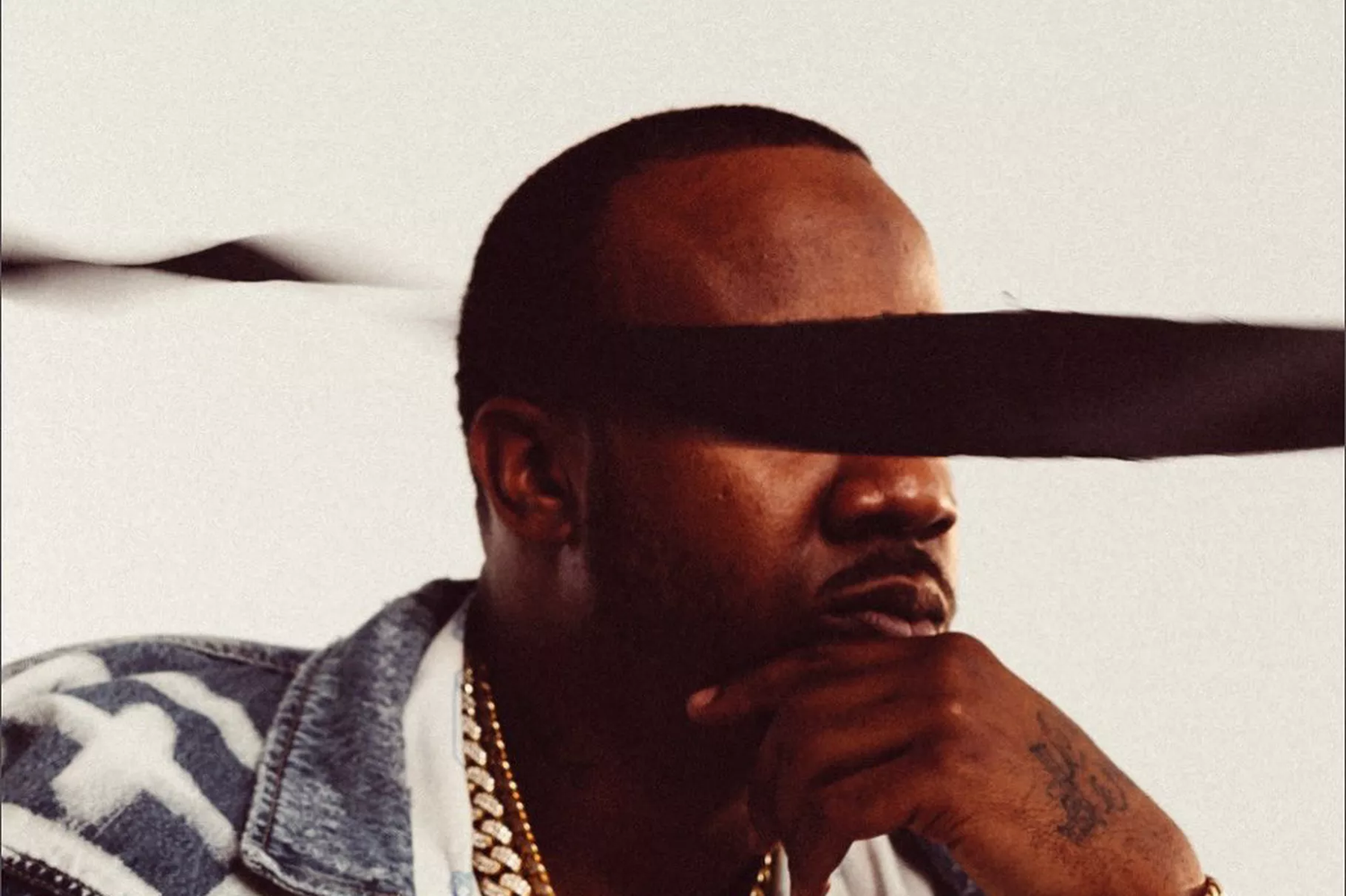 On “Burden of Proof,” Benny The Butcher teams up with multi-platinum producer Hit-Boy to take the Griselda Records format mainstream while staying true to his Buffalo roots. Featuring a completely revamped sound, the album solidifies Benny as a lyrical force, lining up his career for bigger things to come.

Although the album is his first solo project this year, Benny has had a blockbuster 2020. In July, he debuted a group album from his own label, Black Soprano Family, with help from DJ Drama and eOne Entertainment. Throughout the summer, he featured prominently on Griselda projects from Armani Caesar, Conway the Machine, and Westside Gunn. Benny also garnered guest spots on new albums from underground rap heroes The Lox and Freddie Gibbs, as well as industry titans T.I. and Lil Wayne. Even Drake tapped Benny for a collab, which has yet to be released.

Perhaps signaling a new era for the Buffalo rapper, “Burden of Proof” is entirely produced by chart-topping beatmaker Hit-Boy. Hit-Boy’s production captures the essence of Benny’s throwback sound and successfully updates it for mainstream appeal. Possessing a chameleon-like ability to change production style, Hit-Boy gave similar treatment to recent albums from Big Sean and Nas. The track “War Paint,” which features Westside Gunn and Conway the Machine, has a creep and slow roll reminiscent of beats from Griselda in-house producer Daringer and long time Benny collaborator The Alchemist. Tracks featuring Gunn, Conway, and Benny, have become a staple of Griselda Records projects, with at least one such song appearing on every release from the label. The addition of Hit-Boy to the Griselda universe elevates Benny’s sound to new heights.

While incorporating the boom-bap style of Griselda, Hit-Boy ditches the grimey loops used by Alchemist and Daringer in favor of polished melodic sampling. On “Where Would I Go” and “One Way Flight,” the vocal samples are crisp and lively, a departure from the downtempo brooding of the beats on Benny’s last project “The Plugs I Met.” On the last track of his new album, “Legend,” Hit-Boy achieves an up-tempo swing that is evocative of the early hits of Jay-Z, who has voiced his approval of Benny on multiple occasions, signing him to a management deal with Roc Nation in 2019. In fact, “Timeless,” the sixth track on “Burden of Proof,” was a beat that Hit-Boy originally produced for Jay-Z and Kanye West’s 2011 team up project “Watch the Throne.” Connection to Jay-Z aside, Benny’s revamped sound is readily accessible and is sure to attract new fans.

Despite the pivot in production style, Benny’s lyricism is as familiar and powerful as ever. He manages to out-rap each of his heavyweight features including Lil Wayne, Big Sean, and Rick Ross. Over the past couple years, Benny and Griselda have steadily risen to dominate the conversation in the hip-hop community, bringing about a resurgence of ’90s New York rap. On the album title track, Benny reflects on his ascendancy: “Yo, last year was ’bout brandin’, this year about expandin.’” Besides his business ties with Roc Nation and Griselda, Benny maintains his status as an independent artist. With financial freedom and control of his creative agenda, on “Legend,” Benny raps about the immense potential that his future holds: “They say I’m the next so and so.”

In addition to owning his success, “Burden of Proof” sees Benny open up about his past. The mix between deep reflection and unapologetic confidence showcases his maturity as a writer. On “Trade it All,” Benny talks about the rappers that inspired him as a young man in Buffalo: “I’m a product of the block I lived the Pacs, Nas’, and B.I.Gs.” He also addresses the tragedy in his life. On “Thank God I Made It,” Benny speaks about his brother, MachineGun Black, who was murdered in 2006: “I look in my nephew eyes and I see my brother / Sometimes I gotta look away ’cause it hurt so much.” Earlier this year, Benny’s long time manager and producer, DJ Shay, died after contracting COVID-19. At the end of “Famous,” he pays tribute to his mentor and his late brother: “Rest in Peace DJ Shay and MachineGun Black.” On each verse, his matter of fact delivery heightens the emotional content of his words.

With Benny’s stirring lyricism and expertly tailored production from Hit-Boy, Benny continues the Griselda Records hot streak and levels up his own solo career. The first full length follow-up to his critically acclaimed 2018 album Tana Talk 3, “Burden of Proof” is the crowning achievement in Benny’s catalogue. Recently earning the respect of celebrities like Virgil Abloh and Lebron James, Benny is ready to go big time. The album has the potential to considerably widen his fanbase. Still arguably at the beginning of his career, Benny continues to surpass all expectations. It’s only up from here for the Butcher.