Leaning (and Driving) Into the New Normal 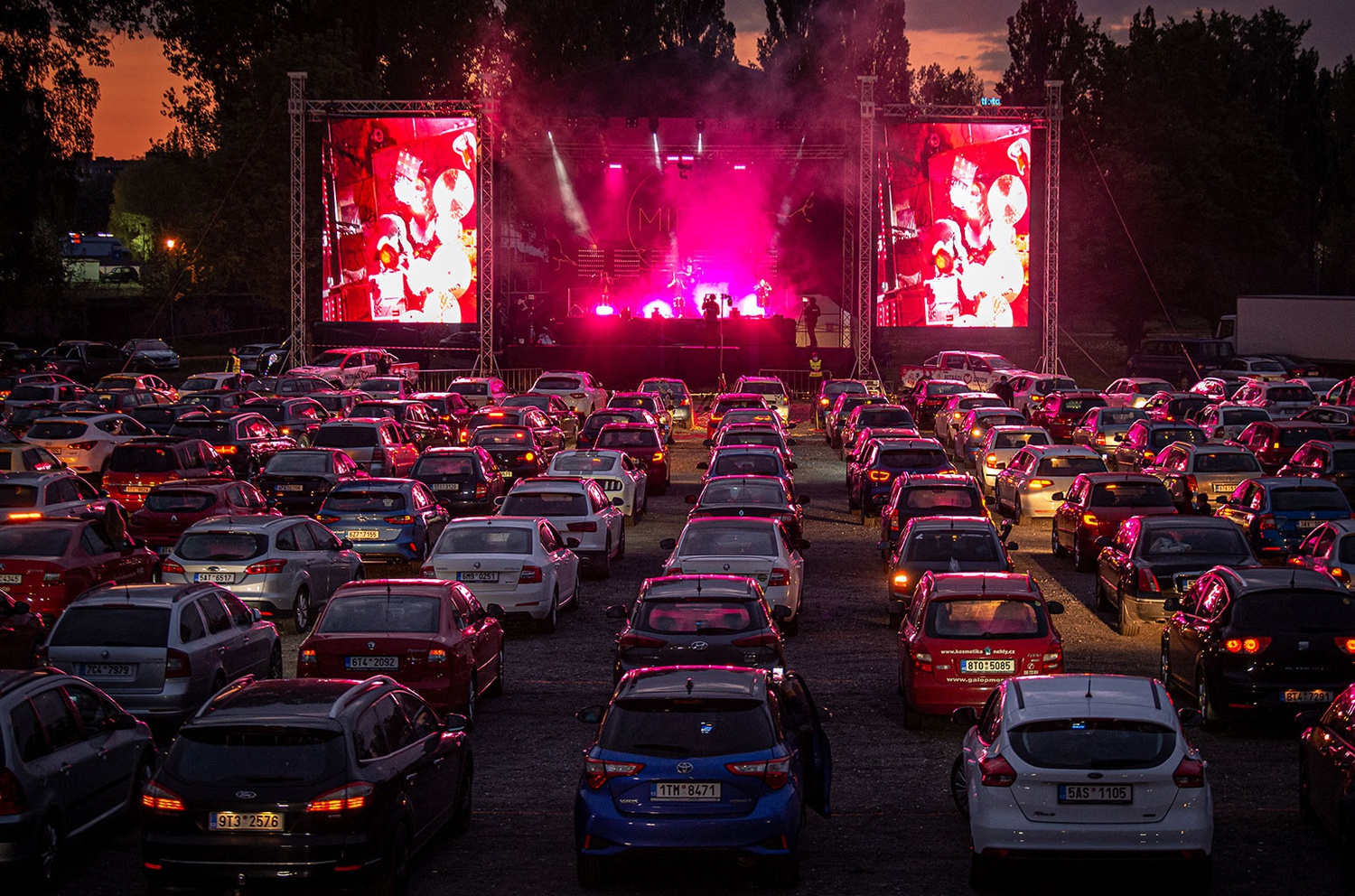 A photo of a drive-in concert. By Courtesy of Lukas Kabon / Anadolu Agency via Getty Images
By Raina F. Cohen, Contributing Writer

Eight months ago, I never would have imagined myself listening to country music from the trunk of a car. But last month, it had been so long since I’d been to a concert that I was more than willing to give a drive-in Chase Rice concert a try.

I saw my first-ever concert at age 11. I bounced in my chair at The Giant Center in Hershey, Pa. waiting for Selena Gomez to come on stage. Not even an ominous weather forecast could hinder my excitement as the lights finally dimmed. Something magical happened when those stadium lights went down; a crowd became one. One heart that dropped. One voice that screamed. Ushers handed out plastic ponchos as it began to thunder, and like a cheesy romanticized movie I screamed “Slow Down,” along with my parents, Selena, and the thousands of others huddled together in the rain. The flashing lights sparkled in the raindrops, and the music was loud enough to mask any thunder.

From major music festivals with Travis Scott and Zedd to The Philadelphia Orchestra, I have found the same connection in music crowds. Perhaps this nostalgia for concerts is why, despite a minimal interest in country music and even less knowledge of his songs, I dragged a few friends to go see a drive-in Chase Rice concert. I was skeptical when I first saw Rice’s bio on the advertisement, but the North Carolina country musician’s discography soon grew on me. His single “Eyes on You” is catchy even for someone not familiar with country music, and I learned that he co-wrote the popular song “Cruise” with Florida Georgia Line.

At any other concert, they’d be shouting at us in line to have our tickets ready. When I drove to see Chase Rice, I peered out our car’s front window and saw signs. “Please have your mobile tickets ready” they read, and after putting on masks we rolled down the window to get our tickets scanned. Two men directed us to a parking spot in the front row, and we clamored into the trunk to wait for Rice to come out.

My initial reaction was a pessimistic one — the only thing similar to a typical concert seemed to be the music itself. Rice came out and sat on a wooden stool, setting a calming ambiance on stage different from any I’d ever seen before. He said hello, how happy he was to be here, and told us to look out for his photographer walking around the lot. Next to him was the usual concert stadium screen displaying the radio station that was amplifying the music. Similar to a drive-in movie and antithetical to a standard concert, the sound was so soft that, if we spoke in the trunk, Rice sounded far away. Every concert separates the artist from the attendees, but this one was different. Six feet felt larger than ever before.

In a concert crowd, the proximity to others steals any individuality of sound and amplifies one large voice. This sense of togetherness from sound waves was lost in a socially distanced concert — the sounds were distant, so distant that the car next to us was playing music on a speaker and we could barely hear it. The show was sold-out, but because the cars blocked our view, we could only see the people adjacent to us. Even with the four surrounding groups, tuning out the rest of the world is simple within the four walls of a trunk. Rice strummed his guitar while we relished in the warmth of our blankets and the sounds of one other.

It wasn’t until looking outside the window that the feeling of isolation dissipated. The surrounding groups huddled around in lawn chairs and on the backs of trucks eating and drinking and laughing together. A woman waved at me while I was peering out the window, and her enthusiasm was (almost) enough to excite me about country music. When you looked for it, there was a palpable excitement in the air: the memory of safe gatherings mingled with the anticipation of a new experience. It was no concert crowd, but innovative social distancing allowed us to be isolated, together.

With our lack of prior Chase Rice knowledge, it was a sigh of relief when he began to sing “Cruise.” Suddenly, the apprehension to sing from both my friends and the groups around us eased. People took that leap of faith to sing without the security of a crowd around them.The concert was beginning to end, and the song’s familiarity was welcome during a night of such newness. It was easy for me to sit inside our trunk and remember the days of calling Ubers to drop us off outside of concerts, but we soon began to enjoy the trunk’s serenity. We were able to look outside and revel in the beauty within our new normal.