'The Trial of the Chicago 7' is Neither Good Nor Great: It is Necessary Watching 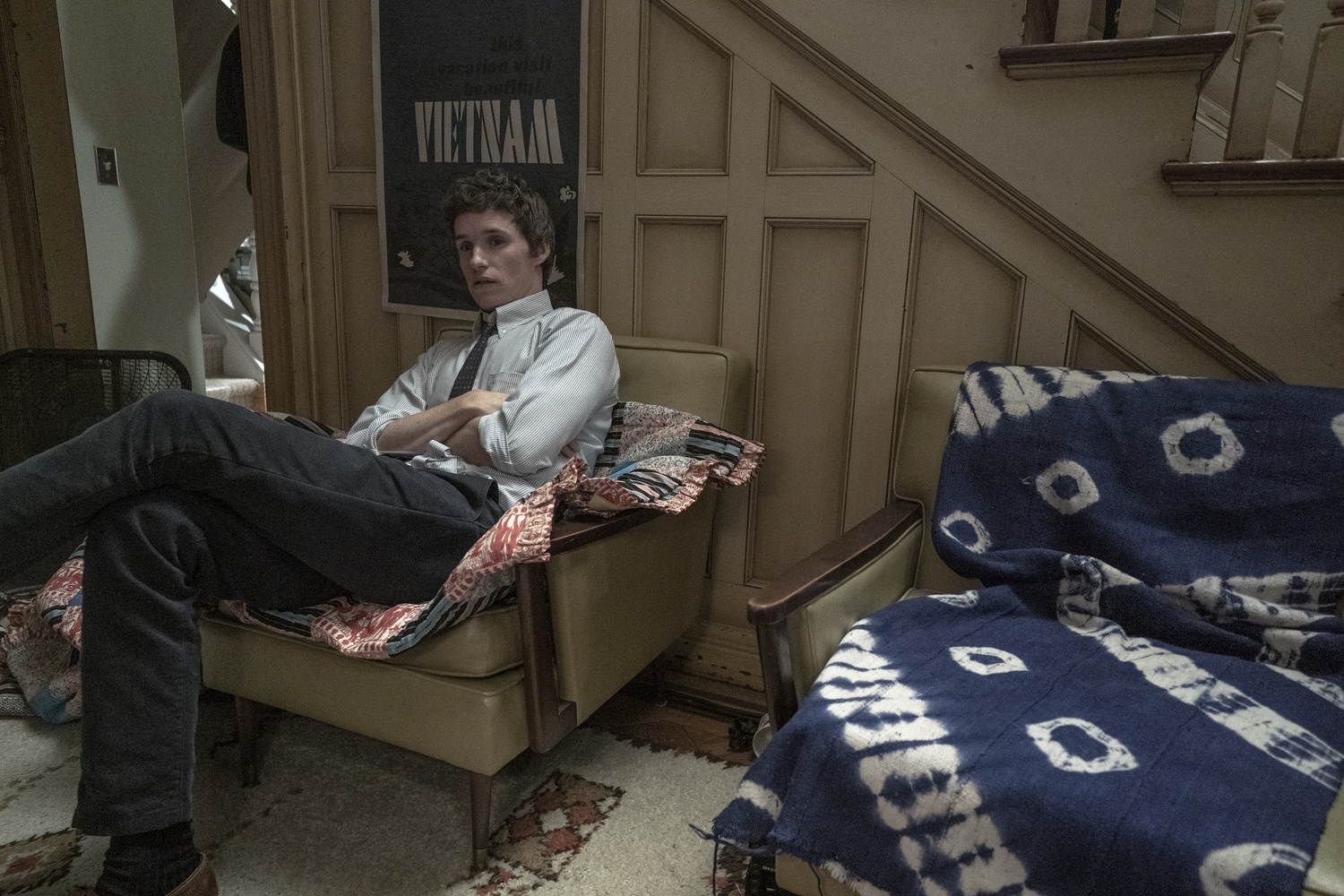 Eddie Redmayne stars as Tom Hayden in "The Trial of the Chicago 7" (2020), directed by Aaron Sorkin. By Courtesy of Niko Tavernise/Netflix
By Emmy M. Cho, Contributing Writer

The protestors outside the 1968 Democratic National Convention chant in unison: “The whole world is watching.”

In an era characterized both by heightened political divisiveness and an abysmally declining movie industry, the arrival of Aaron Sorkin’s “The Trial of the Chicago 7” is more than aptly timed. The master screenwriter’s newest sensation is the fourth film adaptation of the trial of Abbie Hoffman, Jerry Rubin, David Dellinger, Tom Hayden, Rennie Davis, John Froines, and Lee Weine. These people constitute the Chicago Seven, who were tried by President Nixon’s Republican administration with conspiracy to incite a riot at the 1968 DNC.

While it doesn't stand out as a visual masterpiece, Sorkin's dizzying rhetoric and politically-charged screenplay arrest the viewer's eye. Sorkin’s signature screenwriting prowess, particularly his effortless construction of conversation, renders “The Trial of the Chicago 7” as much a richly intellectual experience as a stirring cinematic one.

Much of Sorkin's dialogue is anchored in enduring American archetypes of masculinity. For instance, upon meeting prosecutor Richard Schultz (Joseph Gordon-Levitt), the newly elected Attorney General John N. Mitchell (John Doman) impressed the need to charge the Chicago Seven. “I can’t let these shitty little fairies be a threat to national security,” he said. "The decade’s over. The grownups are back.”

This masculine rhetoric rears its head in every line of the script as Sorkin challenges viewers with an intimate conversation about an American status quo riddled with cyclical strains of injustice. There is a clear discrepancy, Sorkin contends, between the dignity of archetypal masculinity and how the American legal system achieves its ambitions through anything but decency. In reference to the federal government’s decision to encourage an undercover agent to spark a romantic relationship, Jerry Rubin (Jeremy Strong) asks, “Aren’t there ethics rules?”

The answer grows all too clear as the film progresses. No. There are no rules of ethics within the walls of the Chicagoan courtroom, which withstands the antics of a politically-motivated prosecution and a politically complicit judge. There are no rules of ethics when the judge orders Black Panther Bobby Seale (Yahya Abdul-Mateen II) be taken out of the courtroom, only to be dragged back in — to the horror of every spectator — beaten, bound, and gagged.

Through his clever, often humorous, but always uncomfortably truthful dialogue, Sorkin unpacks the role injustice has in shaping a revolutionary. As the film capitalizes on tension between hippie Abbie Hoffman (Sacha Baron Cohen) and student activist Tom Hayden (Eddie Redmayne), the two reveal an underlying animosity that divides the protestors. Hoffman implicitly states that Hayden has benefited from the Chicago riots; without the Chicago riots, the Hayden that Americans wrote down in history would have been a nameless nobody.

Hoffman paints a dreary picture of not only the American legal system, but American politics at large. Despite the good intentions of the democratic system, if the people who populate that system have no regard for other people, particularly those who appear different or harbor differing ideas, justice is perennially jeopardized.

Despite the film’s commendable attempts to provide depth for all seven of the titular defendants, Sacha Baron Cohen's Abbie is the clear winner. The comedian’s intellectual ease coupled with occasional outbursts of emotive forcefulness result in a sensational performance.

What does it mean for the world to be watching? Is history not made in the most unsung moments, where the decisions that people make are not remembered nor recorded? In an era of maddening politics and sobering crisis, Sorkin presents his American audiences with a particularly American form of injustice. As the screen fades to black, the familiar protest chant is heard once again:

“The whole world is watching!”