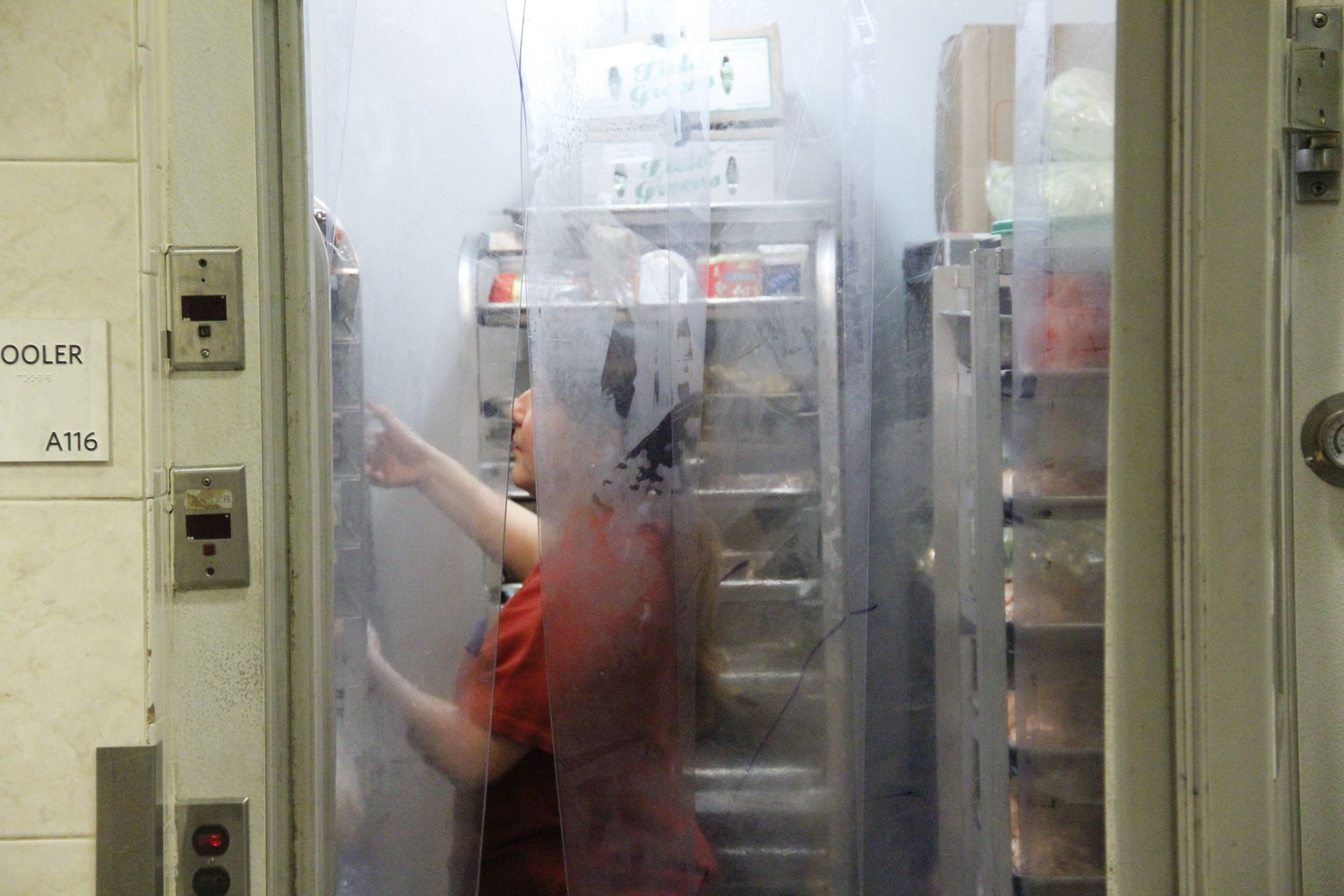 Some Harvard dining workers' jobs have been imperiled as the holidays approach. By Isabella S. Beroutsos
By Davit Antonyan, Crimson Staff Writer

Harvard will permanently close four University Dining Services facilities and lay off the employees at each location, according to Harvard Campus Services spokesperson Michael D. Conner.

The four operations impacted include the Heights restaurant in Smith Campus Center, CGIS Café in the Center for Government and International Studies, the Observatory Cart, and the Culinary Support Group kitchen. The CSG kitchen serves as the central kitchen for HUDS, providing the various soups, sauces, salads, and pastas used across all of Harvard’s dining halls.

The announcement entails the layoff of 17 workers at the CSG kitchen, a point of contention for many HUDS workers, some of whom are already facing potential layoffs after Executive Vice President Katherine N. Lapp announced last month that the University would stop compensating contracted workers whose work had been idled by the pandemic.

Michael Kramer, executive vice president of UNITE HERE Local 26 — the union that represents HUDS employees — said the announcement came as a surprise after the University’s commitment to supporting its labor force throughout the pandemic.

“Throughout the pandemic, Harvard has been a good actor as an institution in protecting jobs and making sure that people didn’t lose their income during a global pandemic,” Kramer said. “This is a really shocking and unfortunate change of course that is going to destroy jobs and is unnecessary and cruel in this moment.”

The University chose to permanently close down some HUDS facilities, including the central CSG kitchen, because the landlord of the building insisted that Harvard vacate the premises in the wake of financial strains brought on by the pandemic, according to Laquiesha N. Rainey, a Local 26 chief shop steward.

Still, Rainey and Kramer say they believe the University should have waited until the worst of the pandemic was over before letting employees go permanently.

“This is not the time for layoffs. Harvard should not be acting like the cynical and callous corporations that are using this moment to eliminate jobs and restructure their workforces,” Kramer said. “This is a moment when we need to be coming together and protecting people and not allowing the most vulnerable members of the community to be thrown out onto the street right before the holidays.”

Kramer said the union would explore legal challenges if this policy is to take effect, and Rainey said the union had already filed a formal grievance against this measure.

In addition to the layoffs of the directly hired employees at CSG, many of the contracted dining workers across the Harvard Graduate School of Design and the Law and Medical Schools will also be laid off and lose their ability to access the “excused absence” policy guaranteed to direct-hires starting Jan. 1. The policy allows workers whose jobs have been idled by the public health crisis to maintain their compensation despite the lack of work.

Conner, spokesperson for Harvard Campus Services, said the University is working with Local 26 members to address these concerns.

“Talks have been initiated with the union leadership regarding the closures as defined in the union contract for impacted employees. An effective date has not yet been finalized,” he wrote in an email.