In New Single, The Weather Station Asks: What to Do About the Robber? 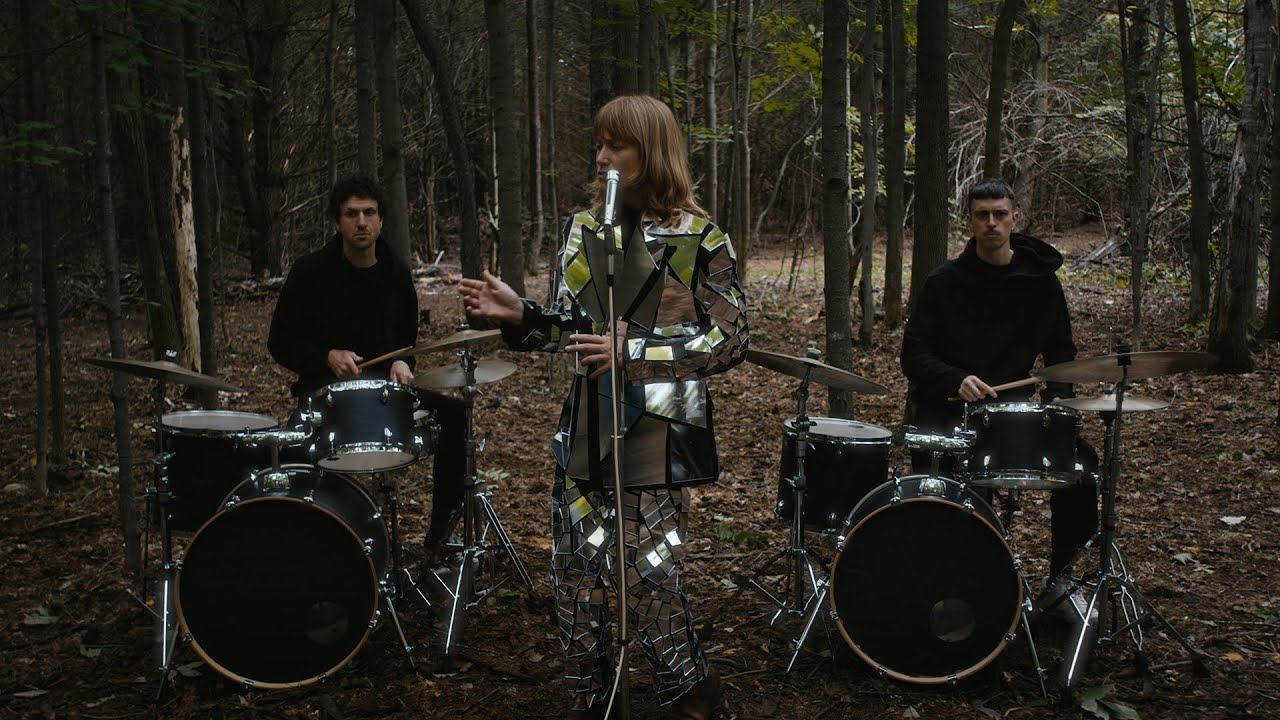 It’s rare that an artist radically departs from their former musical project, and it’s once in a blue moon that they depart from the musical project, from all the sounds that came before, making something that sounds like nothing you've heard. The Weather Station, however, the musical project of Toronto-based folk artist Tamara Lindeman, has done just that. Her new single “Robber,” released last month, turns away from the sweet, understated tenor of her last three folk albums and veers — with headlights beaming — into something that sounds like a jazz bar and a disco club had a child and that child walked into the woods and stumbled upon the occult. Which is, presumably, unlike anything listeners have heard before.

The song is a slow build. It’s all tension and anticipation, which is perhaps why it’s so enrapturing: Nothing is better than the feeling of walking toward a mirage. On Spotify, Lindeman created a playlist for the single entitled “Robber Inspo.” It’s mostly jazz and disco — two genres which often produce songs that are quite long (Think “Watermelon Man” by Herbie Hancock or “I Feel Love” by Donna Summer) — but it seems to collapse time onto itself. “Robber” begins with drum taps on a cymbal which, at first, are few and far between, but become more and more frequent as they are joined by other notes of percussion, piano rings, a saxophone, and a trumpet — truly, the whole shebang. Lindeman’s crisp vocals make sure each word pulls its weight, a genuine feat given how intimidating and full the instrumentals are. You might be so fascinated by those instrumentals that it takes you a long time before you stop and listen to what exactly it is that she’s singing about.

And what she’s singing about is late capitalism. Admittedly, critiquing late capitalism and neoliberalism is hardly new; suburban TikTok kids are going on and on about it, and even Netflix seems to have joined in with its new release on big tech, “The Social Dilemma.” (As Pierre Cadault from the infamous “Emily in Paris” would say: “Ringarde!”) But just because something is common knowledge or “basic,” doesn’t make it any less worthwhile. There is, after all, a reason it’s catching fire. Lindeman at first sings about not believing in the folklore of who a robber is: a man with a big black bag, gloved hands and a beanie who jumps over your fence and takes your “stuff” in the middle of the night. "A robber must hate you to wanna take from you,” she sings, which is perhaps the biggest farce of this piece of folklore: that the robber is some nefarious, sinister being who exists outside the dictums of basic human morality. But throughout the song, the real robber comes into focus: “No, the robber don't hate you, he had permission / Permission by words, permission of thanks/ Permission by laws, permission of banks / White table cloth dinners, convention centers / It was all done real carefully.”

In a statement accompanying the single, Lindeman writes: “To put it straight: there are real human people who are literally robbing us and all future generations of all of everything that matters, right now. But we literally can’t see that as a society, because for one thing we’ve been taught not to value what is taken… [and] we don’t know how to see the victim of the taking.” Lindeman’s use of robber is no metaphor — it’s an attempt to call a spade a spade. ​In this way, the song’s full and blistering instrumentals could be understood as the cacophony that drowns out any sense, that makes invisible that which is right in front us. And the robber is right in front of us. He’s not jumping over anyone’s fence so much as we’re inviting him through the gate with our every engagement in consumer culture. In Lindeman’s words, he has been given permission. “Robber” is still part of Lindeman’s folk project insofar as it is about the systems that rob us, even as so many of us are contently complicit in the heist. “Robber” is like the journey of a single thought: reality is so much stranger and so much worse than fiction; the robber, it turns out, is no myth, but is all too real. And this thought ends with another: What to do about the robber?