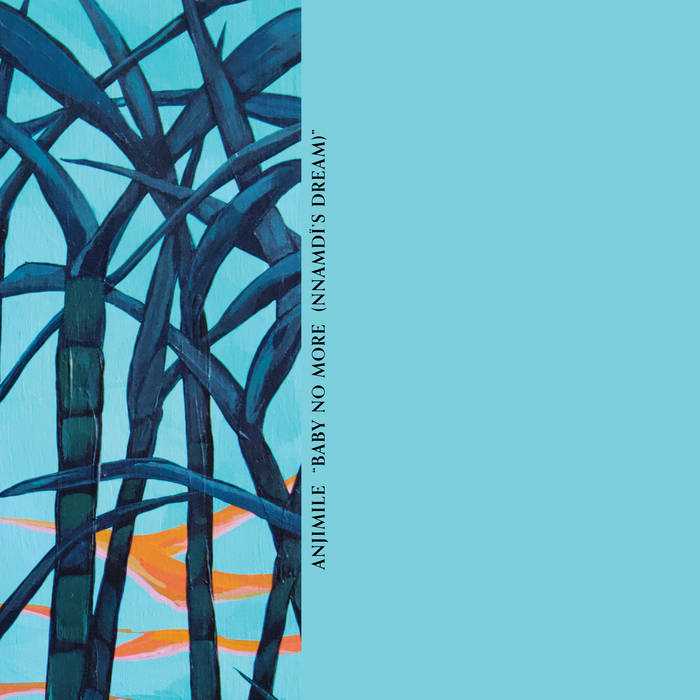 Reimagined, up-tempo, stripped-down: Covers are only afforded so many critical designations. NNAMDÏ’s gorgeous cover of Boston-based artist Anjimile’s “Baby No More,” however, shrugs off easy classification. Far more than a derivative of the original, “Baby No More (NNAMDÏ’s Dream)” opens a dialogue that expands the possibilities of the song itself.

The original song, which Anjimile released in August as the second single off of his debut full-length “Giver Taker,” is exquisitely arranged, with a gentle guitar-picking loop that accompanies a lilting, deceptively catchy beat. The chorus opens up into a quick, electronic refrain that recalls the hypnotic melodies of Blood Orange or the best (and least convoluted) work of the Dirty Projectors. It’s a tight, sub-three-minute burst of buoyancy, a true highlight on an assured and world-weary debut album.

A NNAMDÏ cover of an Anjimile song makes sense, sort of. Anjimile, a self-identified “queer & trans songmaker / boy king,” emerged out of Boston’s college open-mic circuit; NNAMDÏ, who is constantly referred to as “genre-insert-destructive-adjective-ing,” has long made waves in Chicago’s DIY indie scene. Both released new music this year to critical acclaim and are teetering on the edge of indie stardom. Both are associated with Father/Daughter Records. And both are Black indie artists carving out space for themselves in a genre that is commercially dominated by and caters towards whiteness.

But NNAMDÏ’s sound has a trademark looseness, a cheeky resistance to musical trope or predictable melody. Anjimile, on the other hand, unfurls balanced, intricate compositions. His songs each feel complete, like perfectly calibrated gifts of lyricism and emotion. Their artistry could conflict, in theory. NNAMDÏ compromises, playing the song somewhat straight while gently fraying its edges. The result is a lush and emotionally affecting interpretation.

It should be noted that this cover, in a way, returns the song to its roots. Anjimile first released “Baby No More” in so-called acoustic form back in January 2019, with a guitar and simple harmony. It’s slower, longer; Anjimile’s tone is raspier. There is no hugely substantive musical difference between these three versions beyond the scale of the instrumentation. But listen to all three and it’s clear that they are by no means interchangeable.

NNAMDÏ’s version, technically, is a piano ballad. He caresses the keys like an overqualified hotel lounge singer as he croons through the first verse. (The artist’s multi-instrumental prowess is well-documented.) “Weary, but somehow I’m still alive,” he sings, sounding for a fleeting moment like the most timeless of piano balladeers.

At the crescendo points accented in the original by the sly insertion of synths, NNAMDÏ lets loose, only slightly, on the keys, building up the emotion in his voice in increments. The song’s lyrics suggest that the narrator has caused harm — “Mary / you know well I done you wrong,” “Am I / Not supposed to hurt you?” — but knows it, extracting themselves as an act of mutual, perhaps liberating mercy. Accordingly, a lightness pervades the cover, despite the slow tempo and melancholic chords.

Yet sadness encroaches, and two minutes later, by the final repetition of the “I can’t be your baby no more,” that formerly freeing centerpiece lyric has become weighed-down, even plaintive. As his voice gently trembles, NNAMDÏ taps into the pathos that by all accounts pervaded the song’s origin. The description of this cover on Anjimile’s Bandcamp reads: “‘Baby No More was written in the wake of a decision to leave a relationship in which the narrator was not the best version of themselves.” NNAMDÏ dances in tighter and tighter circles around the edges of that interior grief until, in the track’s waning seconds, he dives in. Perhaps it is ultimately his resistance to definition that allows him to shed all trappings of genre interpretation and crack open a song’s heart.

NNAMDÏ has produced three releases since March (all in the pandemic after-times) with another on the way. Next year he’ll be opening for Wilco and Sleater-Kinney on tour. This track captures an artist on the brink of explosion, taking a moment to hone in on the core of a peer’s equally uncompromising artistic vision. It’s a moment we’re lucky to catch.

—Staff Writer Amelia F. Roth-Dishy can be reached at amelia.roth-dishy@thecrimson.com.