Beabadoobee Brings Back the ‘90s On ‘Fake It Flowers’ 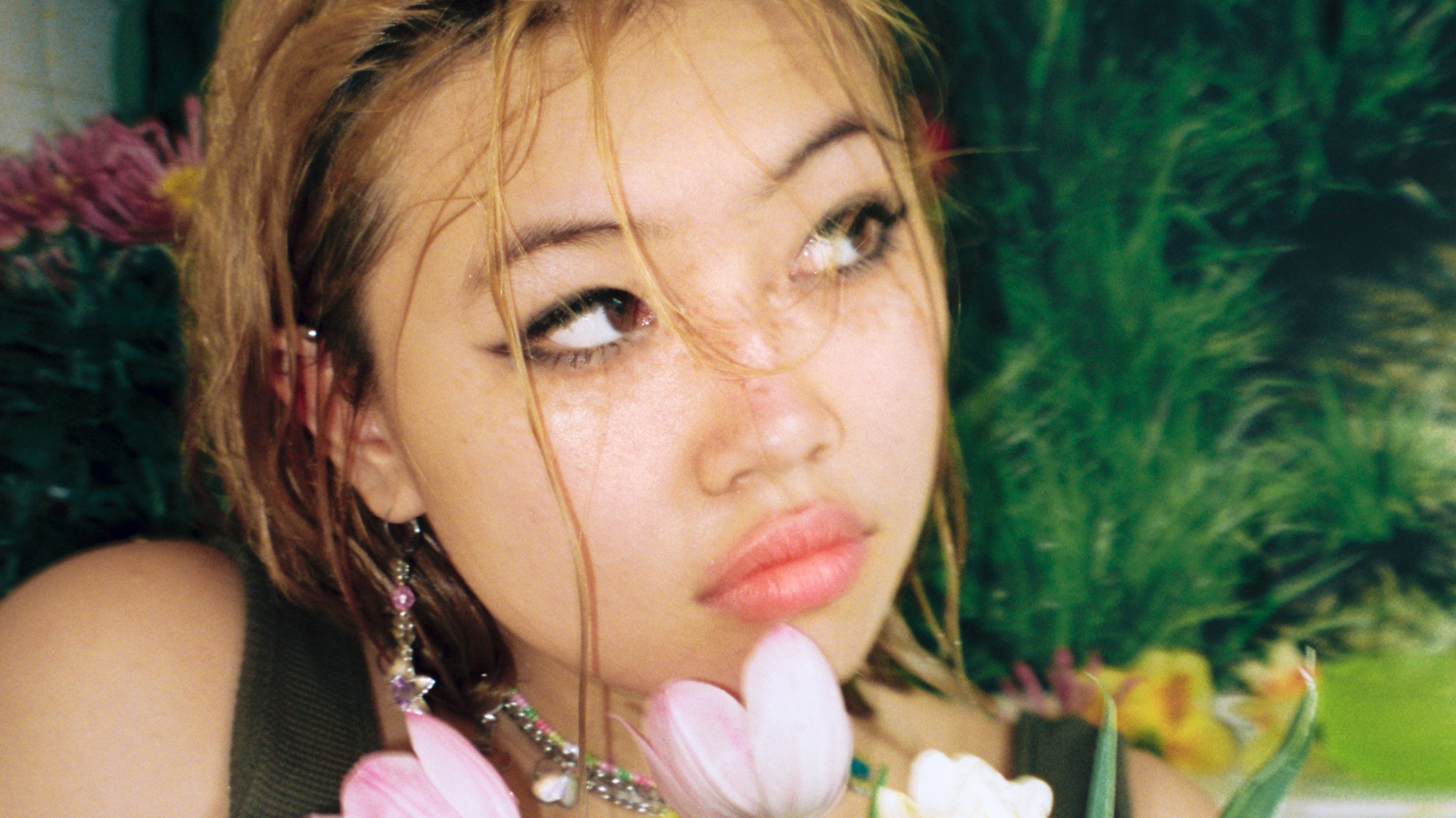 Beabadoobee has been sitting on the sidelines of today’s indie music scene ever since she self-released her first song, “Coffee,” in 2017. Since then, the Filipino-born singer-songwriter has continued her sure ascent into indie canon — signing onto British indie label Dirty Hit Records, gracing the stage at major music festivals, and touring with a slew of indie artists, including label-mates The 1975 and Massachussett’s own bedroom pop icon, Clairo.

Her releases in the meantime — including 2018’s “Patched Up” and 2019’s “Space Cadet” — have largely been met with critical acclaim, airplay among certain indie-pop circles, and numerous predictions that she’ll be the next big indie breakout star. More recently, the same song that got Beabadoobee (also known as Bea Kristi) her first record deal, “Coffee,” has benefited from a widespread surge in popularity on TikTok and brought the name “Beabadoobee” to the millions of users who make up the app’s largely-Gen Z base. The song started out as a little-known YouTube video, but when it caught the attention of Dirty Hit, quickly racked up over 51 million listens on Spotify.

On her newest release and debut album, “Fake It Flowers,” Beabadoobee parts with that acoustic guitar and other conventions of bedroom pop to forge a powerful kaleidoscope of influences, drawing from 2000s pop rock, 90s alternative and her own past repertoire. With such contrast as the raging guitar solos in “Sorry” immediately preceding the glittering synthscapes in “Further Away,” Beabadoobee continues to prove herself as a dynamic and versatile artist capable of evoking angst just as easily as heartache.

Beabadoobee’s songwriting talent also does justice to each track on the album as the singer explores a wide range of critical themes.

On “Charlie Brown,” the loudest and most uninhibited song on the album, Beabadoobee opens up about her struggles with self-harm. “Back on old habits / That no one knows about / Too bad that Charlie Brown / Has inked you up to slow you down,” she sings about the significance of the Snoopy comic strip tattooed on her arm. By the end of the track, Beabadoobee’s usually pristine voice devolves into screaming as she competes with the chaos of smashing cymbals and thundering power chords.

Another track, “Dye It Red,” features Beabadoobee singing about the damage caused by abusive relationships. “A friend told me this story, about what was essentially an abusive relationship,” she said in an interview. “And it made me really angry, because this is just something that happens so often these days.” The song is slower and more intimate than “Charlie Brown,” but the weight of its subject matter hangs heavily in Beabadoobee’s soft vocals. Here, her ‘90s musical inspirations are clear: The song’s chorus sounds like a blend of Natalie Merchant and Avril Lavigne, the perfect angst-ridden backdrop for the song’s message.

Despite the weight of many of the album’s lyrics, or perhaps in pointed contrast to it, the album’s 90s-alt-inspired sound still invites dancing and late-night listening sessions surrounded by friends. Every track is glittering and vibrant in a pointedly nostalgic way, as though Beabadoobee’s breathing life into the work of her musical influences.

From the very beginning of the album, Beabadoobee transports listeners to a glittering and complex ‘90s-inspired soundscape that she maintains throughout. “This song has end-of-a-’90s movie vibes, like you’re driving down a highway,” Beabadoobee has said of the album’s opening track, “Care.” Indeed, the track, with its bright guitar riffs and punchy vocals, encapsulates exactly that. “Worth It,” too, pulls directly from ‘90s alternative and pop rock influences — a fact made clearer by the contrast between Beabadoobee’s light, airy voice and the clashing of electric guitars and drum hits in the background.

Beabadoobee also holds true to her lyrical roots in songs like “Back to Mars” and “Horen Sarrison.” Echoing the language of “Space Cadet,” She clings to the metaphor of outer space as an escape from the complexities of love (“Ask me again, are we friends or are we something more? / Doesn't it hurt to think about how we were just before?” in “Back to Mars”) and as the place where good things come from (“You are the song that I need for my mental state / You are the bus that stayed when I thought I was late / So I'm convinced you're from outer space” in “Horen Sarrison”).

At its core, “Fake It Flowers” represents a crucial crossroads in Beabadoobee’s career. Her range in both musicality and lyrics takes center stage, allowing Beabadoobee to take up the mantle of ‘90s pop rock icons while exploring the other musical qualities that make her music stand out. Honest, pointed lyrics and shimmering production make the album a must-listen.