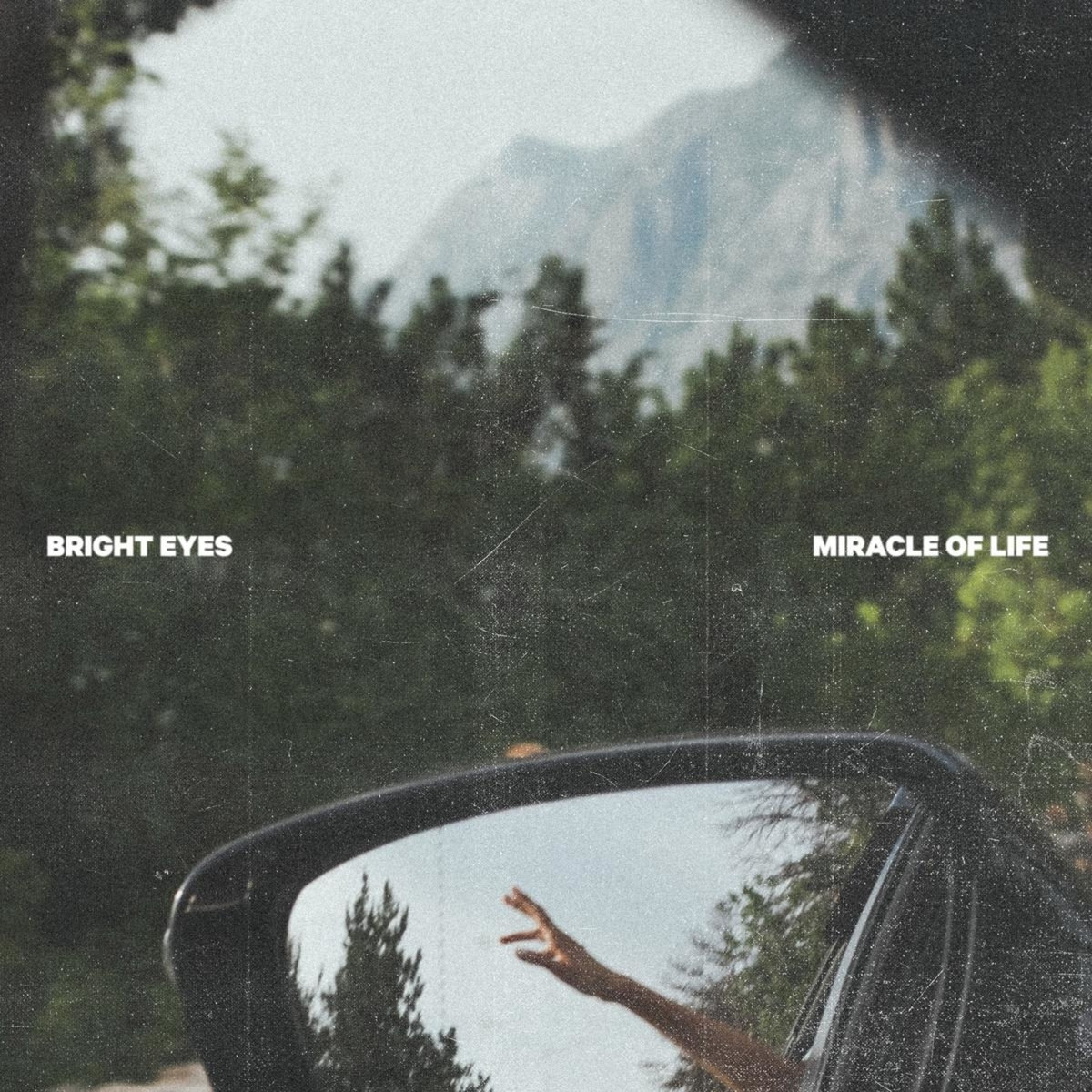 Still for "Miracle of Life"
By Mira S. Alpers

“This song should not exist in 2020 America,” Bright Eyes frontman Conor Oberst wrote in the press release for the band's new single “Miracle of Life.” The song, which tells the story of a botched coathanger abortion, was released a little more than a week before the general election alongside Oberst’s entreaties for his listeners to vote. “Miracle of Life” is biting and tragic, successfully employing an ironic tone to highlight the horrors of backdoor abortions.

“Miracle of Life,” which Oberst describes in the press release as “a protest song, I guess,” manages to make a statement without falling into the classic pitfalls of songs with political agendas. Rather than preach or serve heavy-handed messages about urgency, “Miracle of Life'' approaches its subject matter with distance. Oberst exemplifies this attitude when he tells the story of a car breaking down as the song’s characters attempt to cross state-lines to access an abortion, exclaiming “what a drag.” This detached tone, in contrast to the pain and suffering of the song’s protagonist, is off-putting but clearly purposeful. Hearing botched abortions referred to casually serves as a frightening reminder of the widespread lack of access to safe reproductive health care. Furthermore, the coldness of Oberst’s attitude, combined with the personal nature of the story he’s telling, underline the horror of these unnecessary deaths in the face of a country that remains apathetic. Ending each chorus with “Get cured with a coat hanger/ Girl you're in America now,” Oberst and Bridgers ensure it’s impossible to look away.

“Miracle of Life” also cleverly subverts the language of the right-wing. Even the title of the track, which is repeated throughout the choruses, jabs at the hypocrisy of valuing the lives of the unborn over those of the women who are forced into unsafe medical situations by lack of access to abortions. Additionally, with its country rock sound, the single engages with the aesthetic of the religious right before using that same language to criticize their politics. For example, about two-thirds through the track, (right before the main character passes away due to complications from her coathanger abortion) the more twangy country instrumental line distorts into what sounds almost like a siren, as though revealing a hidden darkness.

While “Miracle of Life” is both biting and harsh, the addition of featured indie darling Phoebe Bridgers brings depth and empathy to the song. Bridgers and Oberst are no stranger to collaboration, notably having released an album together last year called “Better Oblivion Community Center.” While in their previous work Bridgers and Oberst sing together with equal power and force, on “Miracle of Life” Bridgers appears distanced and removed. Her voice, which joins Obersts for each chorus, is clear, reserved, and almost wail-like in comparison to Oberst’s gruffer tone. In a song which follows the death and suffering of an unnamed woman, told primarily through the voice of a man, the effect of Bridgers’ distant lamentations is a powerful one, as she gives voice to the pain suffered by the song's anonymous main character.

As election season has mostly come to a close, “Miracle of Life” remains a haunting reminder of the grim reality that does exist and will likely continue to exist for many Americans, regardless of who occupies the White House. Bright Eyes’ new single may not present a manifesto or revolutionize the conversation about abortion, but its attempts to ground the discussion in the personal realities of reproductive rights are impactful and incredibly successful.