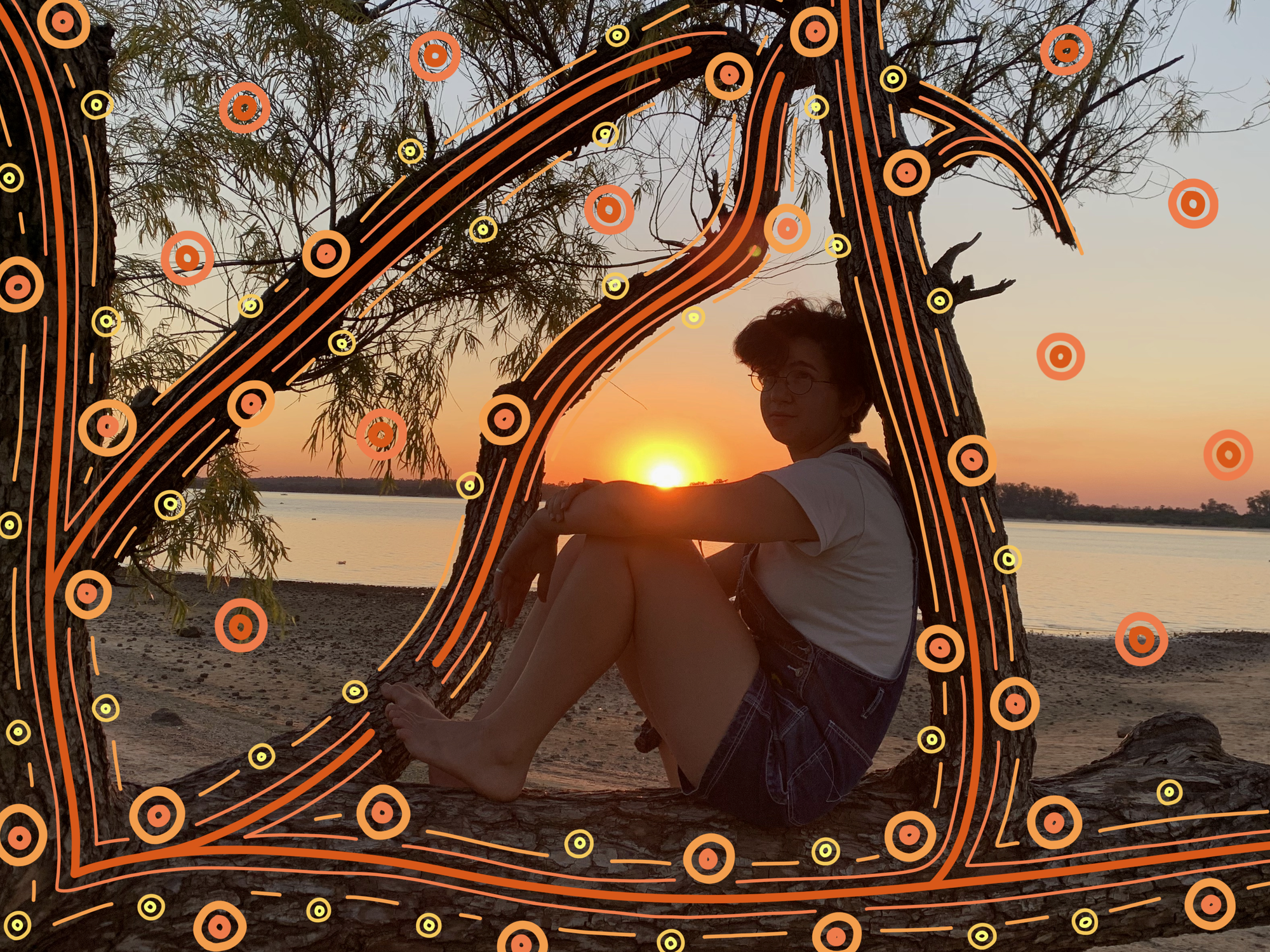 During a more typical semester, Avril Saavedra ’21 can usually be found in the “most random places on campus”: playing trumpet with the Harvard-Radcliffe Orchestra in Sanders Theater, running the Quad Grille in Pfoho, producing at WHRB headquarters in Pennypacker, or studying in a dining hall, which she prefers for the buzz and opportunity to encounter friends. (Though she lives in Cabot, Saavedra’s favorite house is Kirkland, “because they make the best grilled cheese — with egg.”)

This fall has been similarly nomadic, but with a different set of spaces: moving once or twice a week between the homes of various family members in Uruguay, where she was born and has spent the semester. Saavedra zoomed me from her aunt’s house in the capital, Montevideo, which has served as her “home base.” Her aunt’s large black cat, Casper, climbed on top of Saavedra’s arm as we began speaking. 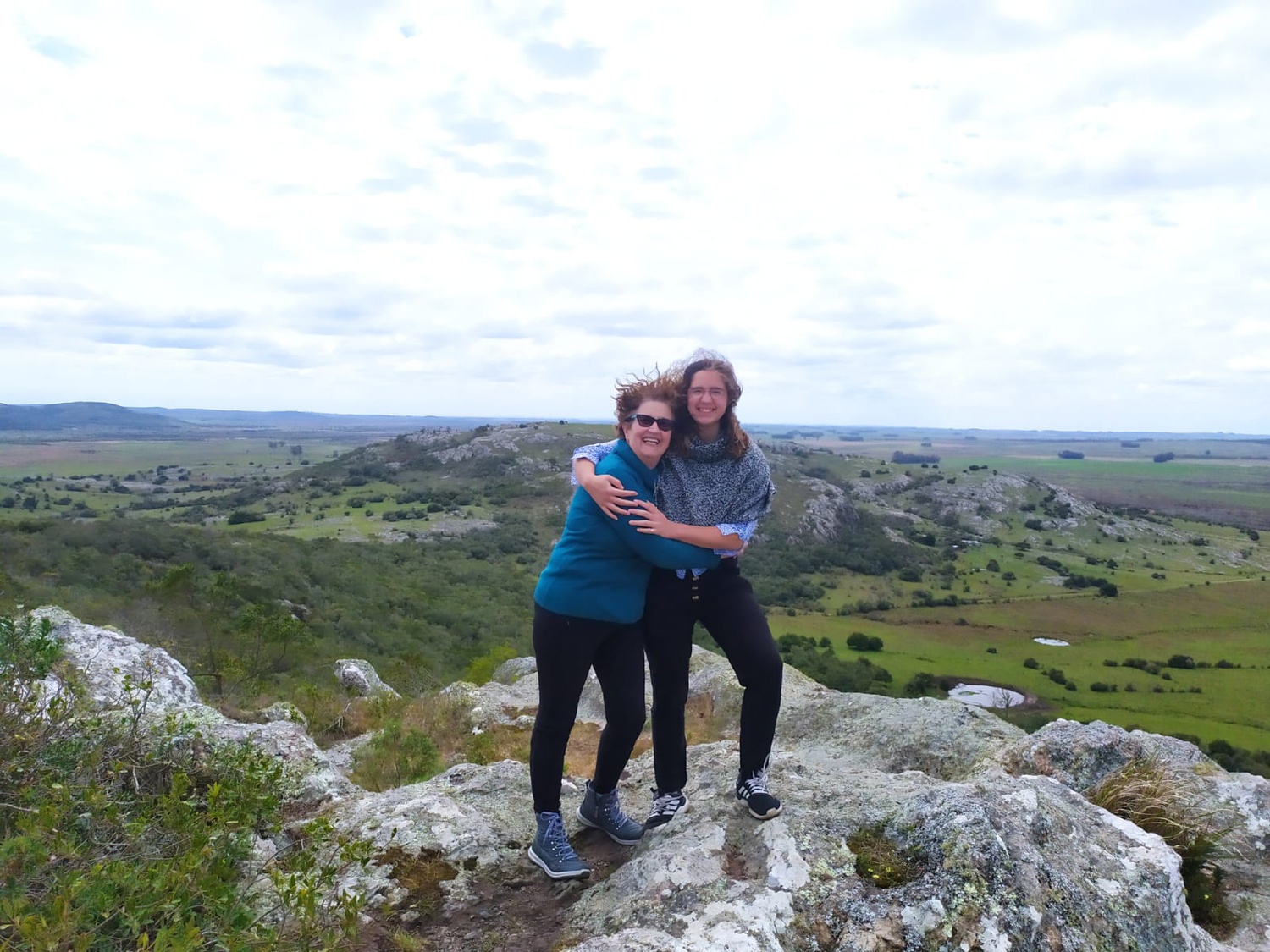 Spending the fall in Uruguay has allowed Saavedra to reconnect with family members she hasn't seen in years. By Courtesy of Avril Saavedra

Though she was born in Uruguay, Saavedra’s family moved to the U.S. around 2003, and she was undocumented for several years. Growing up in New York City, she was jealous when friends grumbled about extended family gatherings — those grumbles seemed like a privilege. Now, during a time when many Harvard students are physically isolated, Saavedra has been able to reconnect with family members she hasn’t seen since her only other visit to Uruguay five years ago, or even since she left as a young child. The pandemic has not been nearly as devastating in Uruguay as it has to the U.S., affording her the flexibility to see family and take trips with them to various natural and national landmarks, from the highest point in Uruguay to an amethyst quarry.

“I have gotten to just go to the camps and meet the cows and explore,” she says, “and that is something I enjoy, and getting to do that with my family is not something I ever really expected to do.” (Uruguay has 12 million cows and three million people, which is “very noticeable,” she says —the resulting meat-centered diet has compromised her vegetarianism.)

Most meaningful for her has been seeing and becoming a part of many family members’ daily lives, which her last visit was too brief to allow. Her aunt, who owns a bakery, has taught her to bake some of the national desserts, such as alfajores: a center of dulce de leche between two buttery cookies and drenched in chocolate or dusted with powdered sugar (which are Saavedra’s favorites from among dozens of variations). One day, she hopes to open a bakery-library.

“This time I feel like I’m leaving and actually know my family,” she says. “And that’s really, really meaningful.” 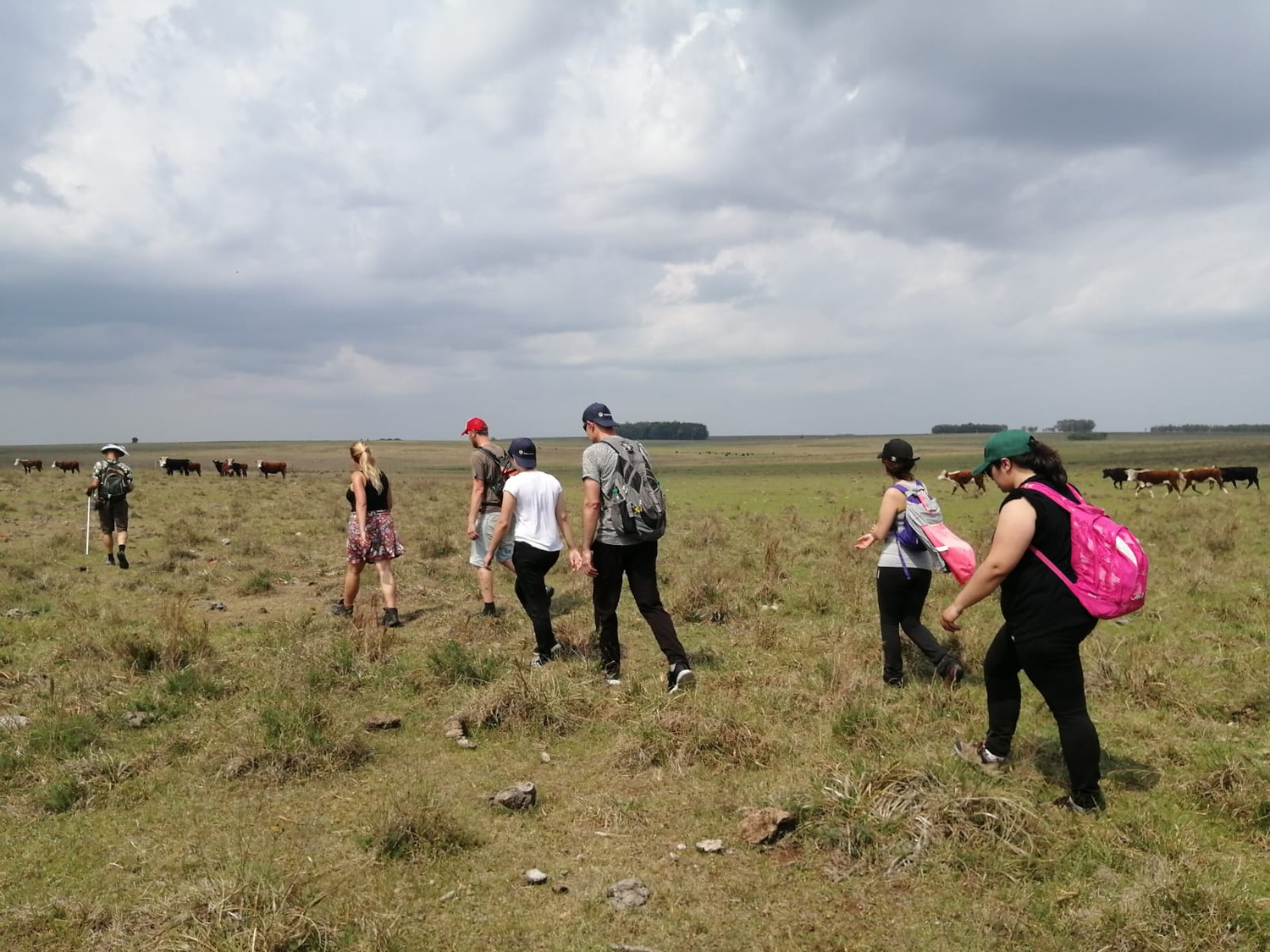 Uruguay has 12 million cows and three million people, which is “very noticeable,” Saavedra says. By Courtesy of Avril Saavedra

Balancing time between family and class can be difficult at times. “I’m only there for a concentrated amount of time, and then I feel like I have to be there with them because I haven’'t seen them in either five or 15 years,” Saavedra says. “It’s very hard to then be like, ‘Sorry, I have to go to class.’” She dropped a computer science course for this reason. “It feels like I am being disrespectful, and it’s also just, I want to be around my family, I want to get to know them.”

Despite the strain on regular coursework, being in Uruguay has helped her thesis tremendously. A Comparative Literature concentrator, Saavedra is translating the collected poems of Cristina Peri Rossi, an Uruguayan writer who fled to Spain in 1972 facing military repression for her transgressive topics. She’s been able to find first-edition copies of Rossi’s works, dive into the Uruguayan literary tradition, and talk to close contacts of Rossi. “If I had been on campus and been remote, in that sense, from the place that I was studying,” Saavedra says, “I think my thesis would not be nearly as full and I would not have had such a life-changing experience in the writing of it.”

Saavedra still wishes she could have spent the semester on campus. She misses “getting to plan out every single bit of time to spend as much time as possible with all of the people that I love”: baking for PAF dinners, hosting tea parties with the dozens of mugs and types of tea she kept in her suite, and playing in the orchestra. “I’m probably never going to get to play in an orchestra again, and I didn’t even realize that it was my last concert when it was my last concert,” she says. “And that’s really upsetting, because HRO was my first family on campus.”

After a childhood spent frequently moving and commuting multiple hours to high school, Saavedra “expected college would be the first time I had sort of a very stable life for four years, and was sort of shocked that it was disrupted,” she says. The spring semester, if she is on campus, will not be the same: no orchestra, no Grille. “It will be four months of sort of normal life,” Saavedra predicts, “and then into the complete unexpectedness that is the rest of time.”