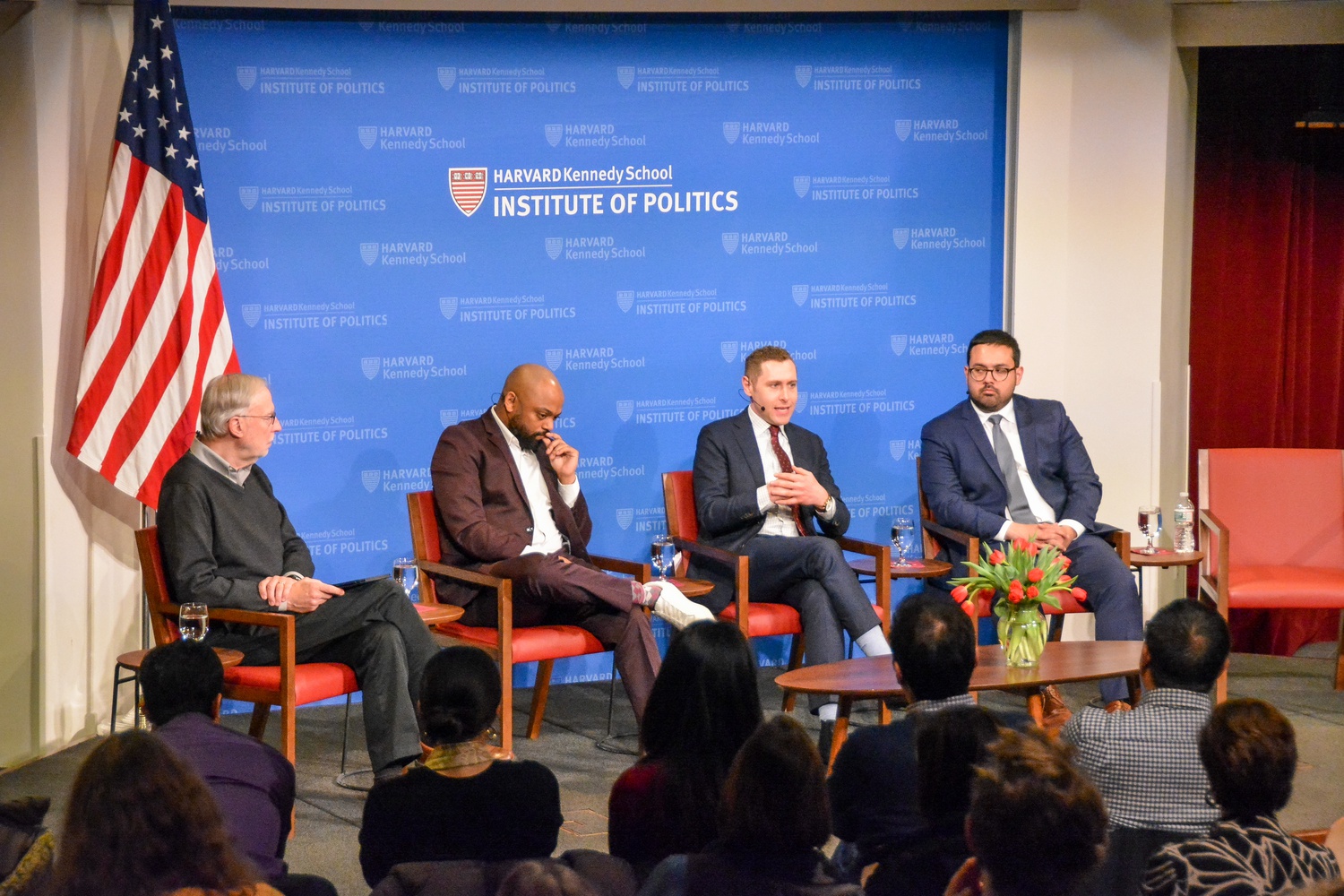 During the second forum of the Institute of Politics' 2020 Election series, four political correspondents reflected on the state of the presidential race and the recent contests in Iowa and New Hampshire. By Jenny M. Lu
By Ema R. Schumer, Crimson Staff Writer

Four journalists covering the presidential election discussed uncertainty in the 2020 Democratic primaries and experiences with day-to-day reporting on the campaign trail at the Institute of Politics Thursday evening.

Lederman said President Donald J. Trump’s ascent to the White House in 2016 — which confounded much of the media at the time — looms large in the minds of journalists covering the unfolding presidential race.

“The biggest challenge is that despite all of the postmortems that we all did after 2016, no one has really put their finger on exactly what it is that we got wrong,” he said. “There’s been different theories around that but no one’s really sort of diagnosed that in a way that’s given people confidence that we can move forward with a better sense of what’s actually happening.”

Herndon said the media’s overall inability to recognize Trump’s appeal to voters during the 2016 election demonstrated that journalists have “real blind spots.” To improve their ability to report on the electorate, Herndon said, media outlets should recruit a more diverse workforce.

“We have to do better at getting folks who are coming from different places, who look differently, who think differently,” he said.

Despite uncertainty about who will clinch the nomination, panelists agreed that electibility is the foremost criteria Democratic voters are looking for in the current pool of candidates.

Sullivan said he believes a definition of electability remains elusive among the electorate.

“A lot of Democratic voters are still shopping around,” he said. “They’re still uncertain about that central question which keeps coming up, which is who can defeat President Trump.”

Given the constant stream of news, Sullivan said, any one moment can shape the outcome of the race.

“Literally anything can happen in this race that can immediately become a massive story — a big front-page story — and a moment that begs explanation and understanding,” he said.

Panelists also exchanged anecdotes describing the vicissitudes of life on the campaign trail. Herndon said he lost his backpack and credit card and ran out of gas on the highway all in one day this week.

Despite these challenges, Saenz said she is passionate about her work.

“I love being on the road, mostly because we have a front row seat to history and we're able to relay that to so many people and help people as they build their decision about who they're going to elect as their next president,” she said.

Sruthi Palaniappan ’20 said she left the conversation with an augmented appreciation for the media.

“They're on the ground 24/7 trying to figure out every candidate's next move,” she said. “So the life of a reporter is definitely not easy, but important.”