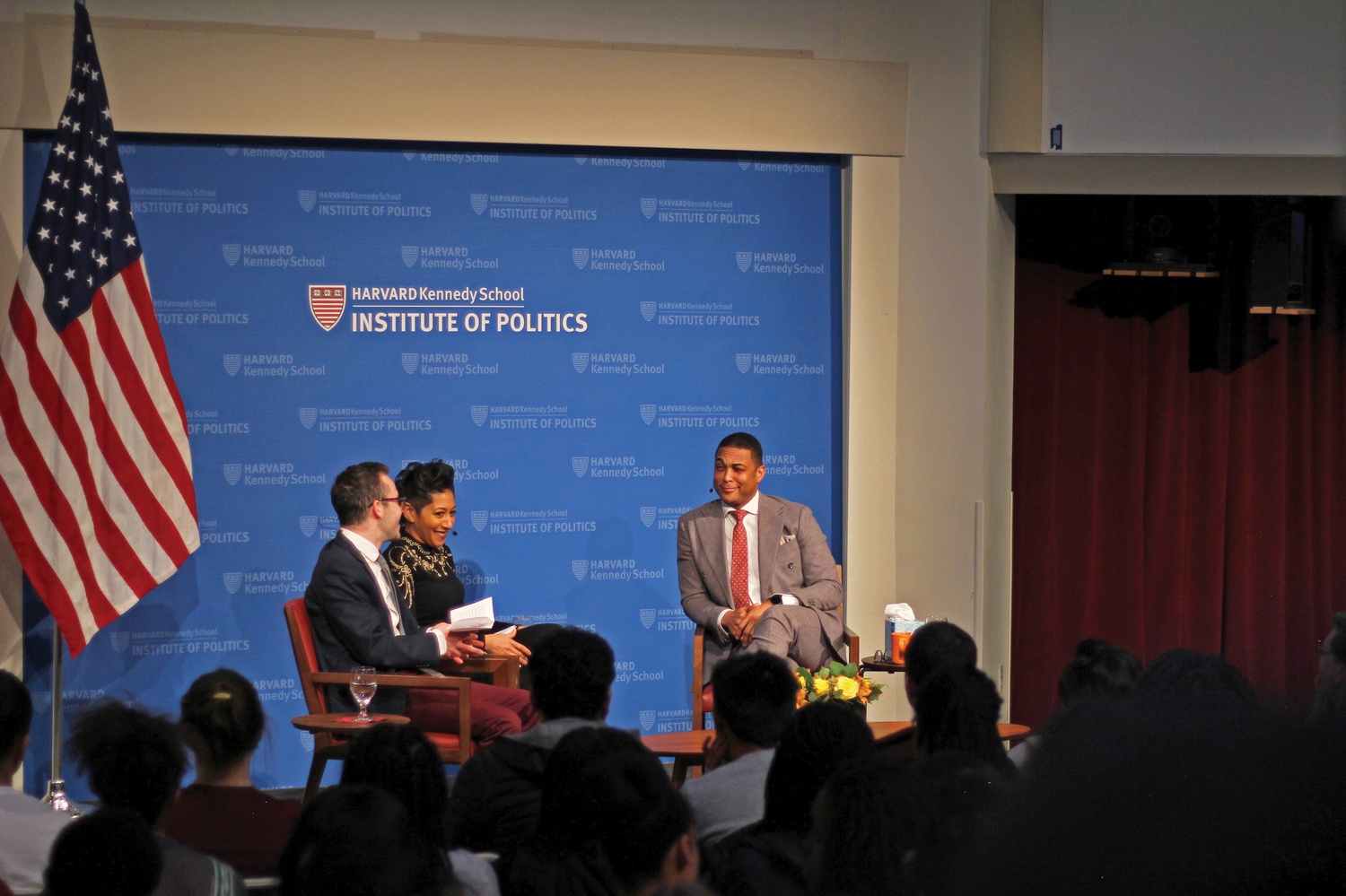 In a conversation with IOP Spring Resident Fellow Aisha Moodie-Mills and former Harvard Political Review president Sam Kessler ’19, Lemon discussed how his personal background has created a certain set of expectations for his work.

“I’m black and I’m gay,” Lemon said. “Black folks have a certain expectation of me; many feel that I should represent all black people. Same thing with gay people.”

He said that while journalists can draw from their experiences when reporting, they should not allow their personal identity to bias their reporting.

“We all have different lenses. There’s nothing wrong with having a perspective on things, as long as you don’t let that carry or obscure your thinking or what you do,” Lemon said.

Additionally, Lemon said other people’s discriminatory attitudes toward reporters’ backgrounds can color the public’s criticism of their work. He said this causes him to always “wonder” how his audience perceives him.

“A lot of the criticism of me is warranted,” he said. “Other times I think it’s based in homophobia — a lot of it — I think a lot of it is also based in racism.”

Lemon has not just had to contend with the public’s opinions: Some backlash to his reporting has come from President Donald Trump. Trump called Lemon “the dumbest man on television” in a tweet last August after Lemon’s interview with basketball player Lebron James aired on CNN.

Lemon said he believes the president’s negative comments about CNN and his reporting in particular are rooted in Trump's alleged opposition to the truth.

“He hates it because we tell the truth, and the truth doesn’t fit into his agenda,” Lemon said.

But even as Lemon believes Trump appears to hate the media, he said Trump also depends on it.

“He loves the media,” Lemon said. “Without the media there would be no Donald Trump.”

Despite Trump’s opposition to news sources like CNN, Lemon argued that this particular issue is only temporary.

“The presidency comes with term limits. Journalism does not,” Lemon said. “Long after this administration is in power there will be journalism, so take some solace in that.”