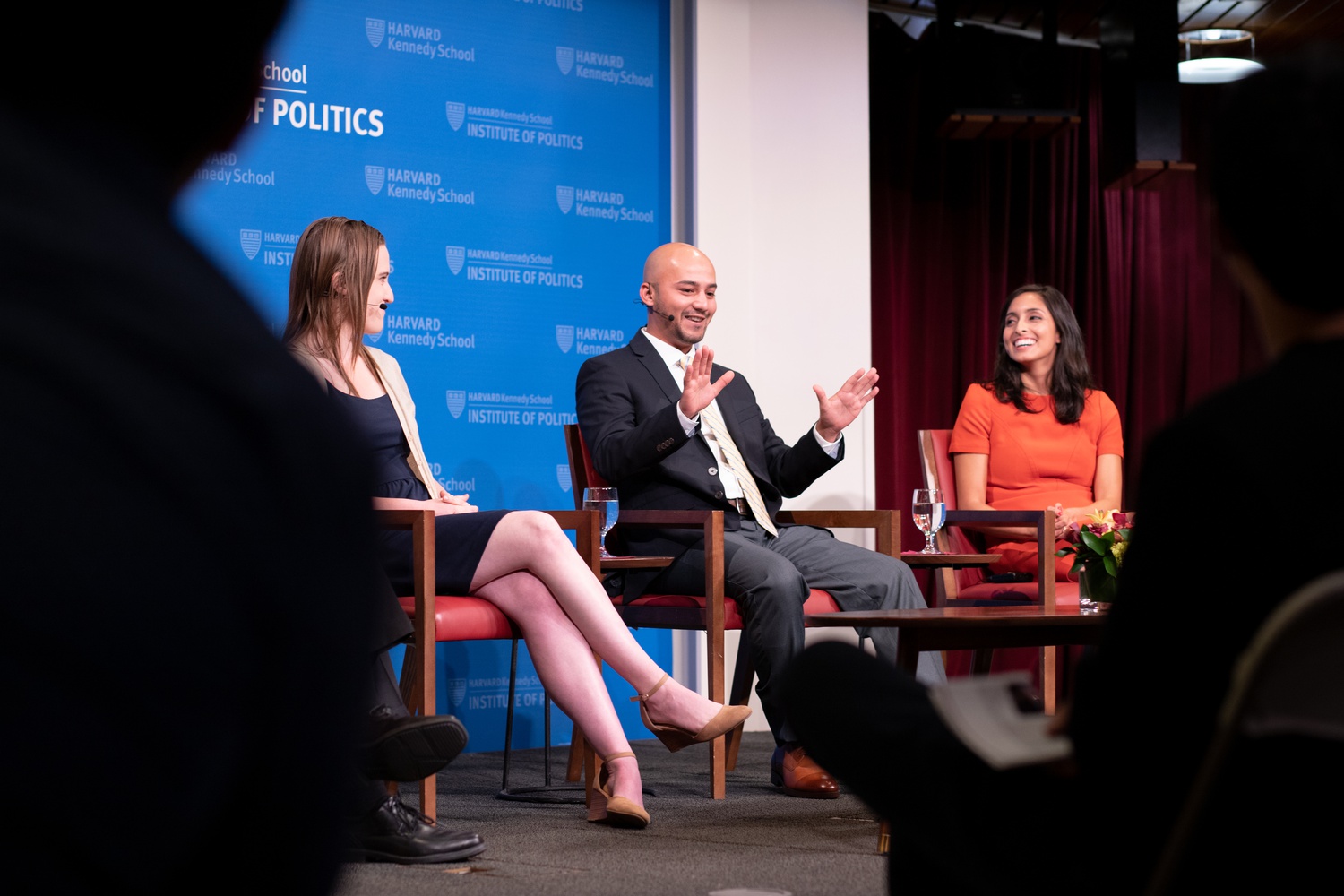 Three 2020 campaign reporters shared stories from the presidential primary campaign trail at an Institute of Politics event on Tuesday, the first in a series of events in the lead-up to the 2020 election.

The conversation took place just hours after Speaker Nancy P. Pelosi (D-Calif.) announced that the United States House of Representative would launch a formal impeachment inquiry into President Donald Trump. As moderator, Balz acknowledged changes in campaign coverage that might occur in the wake of the current whistle-blower debate.

“We don’t know where [the inquiry] is going to end, we don’t know quite about what will play out, but I think what what we do know is that, for everybody on the campaign trail, it’s going to change their lives somewhat — if not the very field,” Balz said. “It will become the central issue in the presidential campaign.”

Sotomayor, who covers presidential candidate and former Vice President Joe Biden, talked about how his campaign is reacting to Trump’s accusations of his corrupt dealings with Ukraine.

“This is definitely totally different territory for him, something he is going to have to get a bit adjusted to, because this is going to be the new reality,” Sotomayor said. “We are going to be asking him about this all the time.”

Biden’s campaign is going into “overdrive” trying to get out his version of the story and counter Trump’s tweets, according to Sotomayor.

In addition to developments in Biden’s candidacy, the reporters also discussed the status of other Democratic frontrunners like Senator Kamala D. Harris (D-Calif.) and Senator Elizabeth A. Warren (D-Mass.).

Janes, who has spent time covering Harris, said that the senator’s initial momentum in the polls is dwindling.

“She was sort of seemingly on paper built for the moment,” Janes said. “A woman of color at a time when, you know, there is so much clamoring for some of these inequities of gender and race to be fixed.”

But according to Janes, Harris has been “lost in the shuffle” because her platform is somewhat nebulous – especially compared to what she characterized as Warren’s clear messaging.

“It just seems like she’s tried to thread this middle needle,” Janes said. “Especially when you have people like Sanders and Warren — whose positions are just so clear, and, you know, their stated purpose is so well known — any time you start shifting, fairly or not, you look noncommittal.”

Bidar, who has covered the campaign trail in Iowa, attributed Warren’s success so far in part to a robust team of organizers and volunteers.

“When I moved to Iowa in June, one of the first things that we kept hearing from everybody we talked to is the incredible ground game she’s built there,” Bidar said. “Every time we talk to voters, her name comes up a lot.”

After the event, Balz commented on the unique challenges faced by the embedded reporters in this election cycle.

“Numerous readers are much more critical of what we do,” Balz said. “So, I think it is harder right now to do the job the way we’ve always been used to doing.”