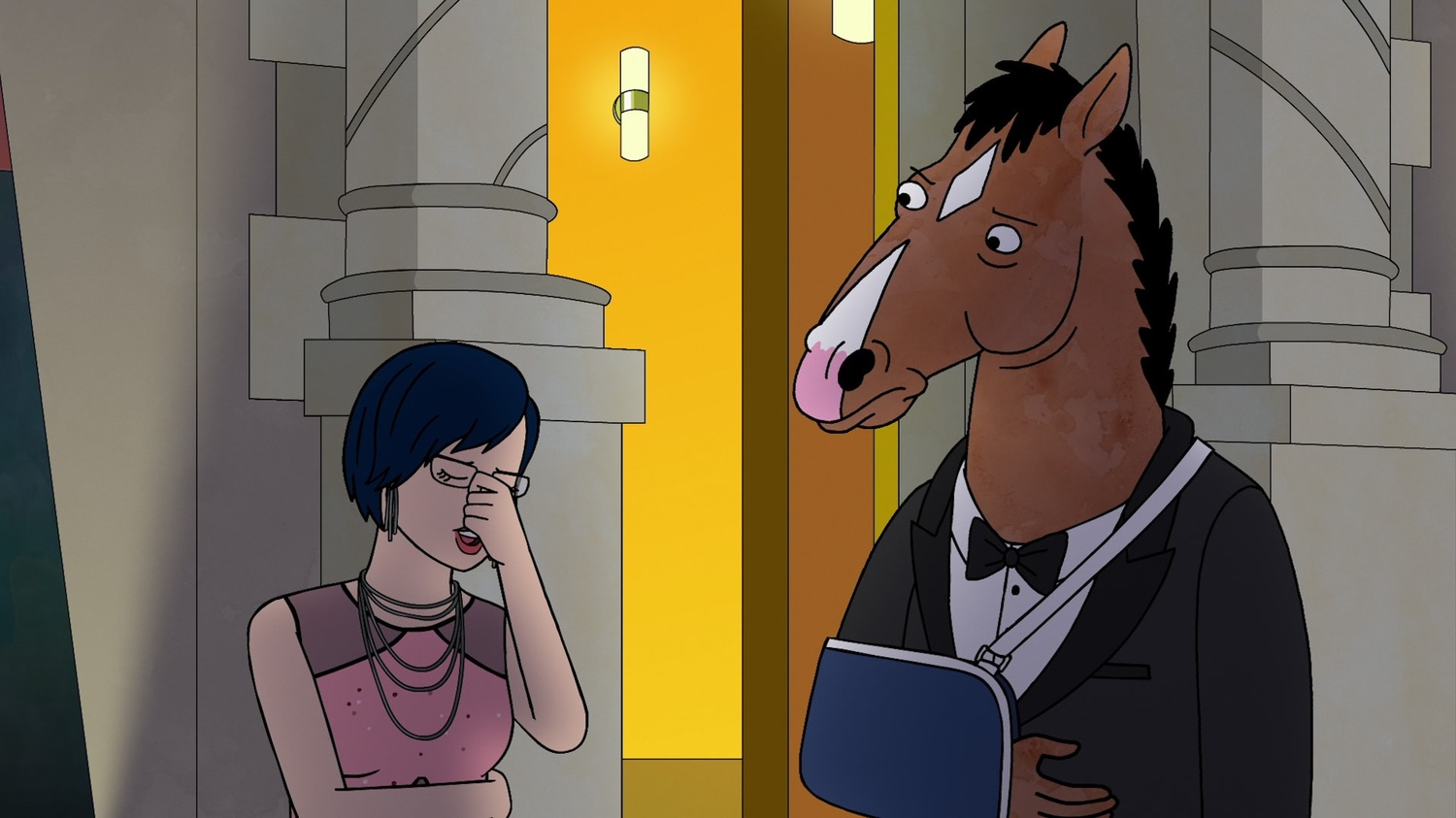 Over the long run of Netflix’s first animated series, “Bojack Horseman,” the show touched on the both difficult and fun topics of life: sex, drugs, alcohol, substance dependence, love, mistakes, and facing fear, to name a few. The show, although certainly an adult cartoon, brought to the forefront important and essential conversational topics that had been taboo in animated shows for far too long.

The rampant destruction caused by Horseman's inability to confront his own inner demons permeated the show. Horseman himself, voiced by Will Arnett, was a difficult character to watch at times: he could be deeply flawed, manipulative, and wholly apathetic. The topics consistently felt relevant and the delivery packed a punch. Despite the constant malaise caused by Horseman, the show was always intrinsically good, incredibly entertaining, and simply human — even though it featured an anthropomorphic horse as its protagonist.

Sadly, the final half of the last season forgets almost all of what made “Bojack Horseman” great. Given the doom that has slowly encroached on this beloved yet despised centaur-adjacent caricature, expectations for the show’s final installments were not high.

In the episode titled, “That’s Too Much, Man!” from Season Three, in a bender after losing his grip on reality, Horseman ripped Sara Lynn, voiced by Kristen Schaal, out of sobriety and into a cocaine, alcohol, and prescription pill-fueled spiral. As this episode ended, so did the life of Sarah Lynn. The bender — which left Horseman with only a headache — resulted in the tragic loss of the life of the one person he believed he could love, the one person with whom he could be a friend. The severity of this situation and Horseman’s incredulous dodging of its consequences continued for almost three full seasons. In the final season, the audience and Horseman alike deserved and needed closure for this and all other terrible acts. For what would be the first and only time, Horseman needed to understand the consequences of his most deeply hidden, secret mistake. He had to face the light about what he did to Sarah Lynn. Horseman had to grapple with the true significance of his action and his crippling sense of guilt.

Instead, in the final two episodes of Season Six, Horseman again got off the hook without addressing any of his issues. After the death of Sarah Lynn became public, he apologized and received praise for being a man willing to own up to his actions, talk to her family, and shed light on the difficulty of addiction. He couldn’t stop there, though. After the praise and the fame he received for coming clean, he chose to stay in the spotlight. Accordingly, the darkest parts of his past were laid bare for all to see. This washed-up horse actor with the potential to make amends and move forward in a positive way instead chose to succumb to his narcissism.

Horseman, forced to confront his mistakes in front of the world, instead decided, in his usual way, to address his issues through alcohol and drug abuse. He broke into the mansion he was forced to sell in bankruptcy and overdosed on pills, vodka, and pool water. In the incredible penultimate episode, deep in Horseman’s unconscious mind as he came to terms with the deaths of the many people no longer in his life, it seemed as if Horseman was finally reconciling his mistakes. Sadly, just as he was beginning to let go of all the deaths and struggles of his life, Horseman woke up in the hospital. He finally made amends for his wrongs. For the first time, he accepted his flaws.

In these last moments, Bojack Horseman should have died. Drowning in his own pool, finally living up to his failures, and cementing the many dangers of self-loathing and addiction shown throughout the show’s run would have been the perfectly destructive end to a beautifully broken show. But instead, he once again failed to face the consequences of his actions. In the final episode, Horseman fell back into his old habits and ended the show as he began it, on the roof smoking a cigarette with Diane.

By choosing to allow Horseman to never learn and never face his reality, by ending one of the greatest of Netflix’s original shows 29 minutes too late — four minutes and one episode — the show lost its touch. “Bojack Horseman” was a powerful series about meaningful topics. Its last two episodes don’t do it justice. As sad as it is to say, the titular character should have died in his pool, dealing with the consequences of his deeply flawed life at its only fitting end.