‘Richard III Would Be In Adams’ And Other Things ‘Exit; Pursued By a Bear’ Can Tell Us About Harvard 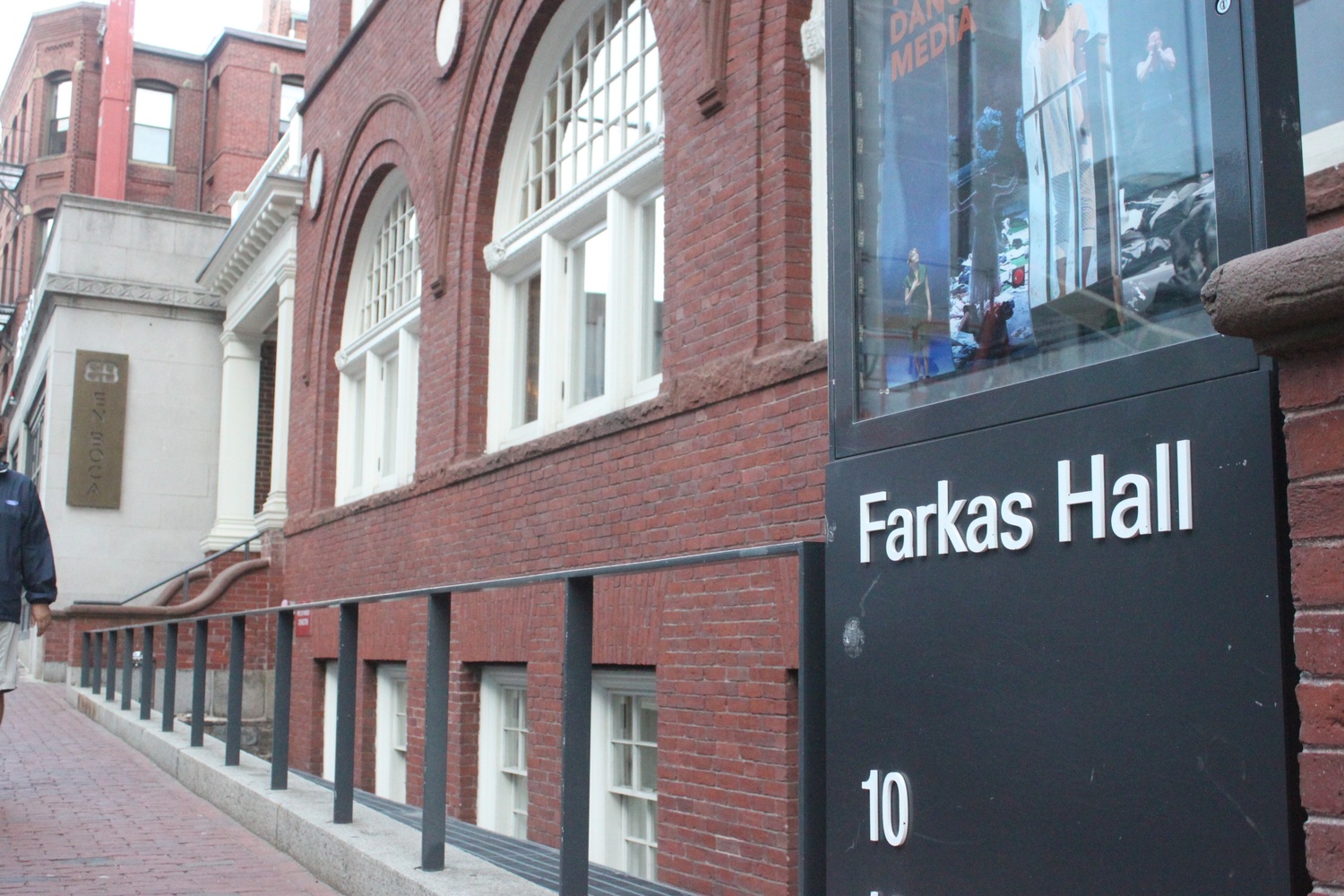 By Casey M. Allen
By Charlotte A. Powell, Contributing Writer

On Mar. 6 and 7, in Farkas Hall Room 303, Hyperion Shakespeare Company put on their semesterly scene recital. “Exit; Pursued by a Bear” is a series of Shakespeare scenes themed around animals, co-produced by Lindsay T. McAuliffe ’20 and Anna M. Schuliger ’20 and featuring snippets from “Two Gentlemen of Verona,” “A Midsummer Night’s Dream,” “Richard III,” and “Twelfth Night.”

On a whiteboard next to where the audience sat, a stick-figure bear stood on its hind legs and the word “Shakespeare” was drawn next to it in black, then red Expo marker. The Expo marker text drooped as it was written. The outlining was sometimes distant from the letters themselves, or swallowed by some other letter, each one almost alone on a bright abyss.

“Usually we have five or six scenes and they're a little longer, but the process this year was a little different. We ended up bookending [the recital] with two monologues,” co-producer Lindsay T. McAuliffe ’20 said.

Before the show, the Shakira “Zootopia” song, “Try Everything,” and “Save a Horse (Ride a Cowboy)” played. An actor in a white puffer shirt on a piano bench in the back lip synced, then sashysheyed, swiveling his chest as he went. His head did not bop.

Pyramus and Thisbe and the wall from “A Midsummer Night’s Dream” entered in what resembled Halloween costumes, Thisbe’s dress unzipped. The wall, the actor whose head was not bopping earlier, draped himself in a vampire robe. The lion, in a pink turtleneck and jeans, reclined in cat pose on all-fours. Occasionally, the director, Andrew M. Solomons, a student at the Harvard Extension School, intercepted with lines and asked for a repeat.

“I would practice kissing around. But tonight was the night I decided to actually kiss the guy's hand,” said Caty L. Vigil ’21, who played Thisbe.

“I told [the lion] to either be incredibly timid or incredibly confident. She does timid pretty well,” Solomons said. “I told everyone to take themselves as seriously as possible.”

The stage turned black in transition. The actors threw off their costumes, crawled onto the floor, and moved a stool for King Richard to sleep on to center stage in preparation for the scene from “Richard III.”

After the wall from the “Pyramus and Thisbe” scene fed Richard III wine like a dog. Richard III’s head collapsed. Stock horror sounds played. Actor Jeremy Ornstein ’23, in a peasant blouse and curly, frazzled hair, ran from the dark walls blocking out the crew. A strobe-light slideshow displayed Ghost of Clarence, then Ghost of Rivers, then Ghost of Grey, then Ghost of Vaughan. Ornstein caught his breath after the Ghost of Lord Hastings and rose into a screechy falsetto. The falsetto heightened, now the Ghost of Lady Anne.

“Now fills thy sleep with perturbations. To-morrow in the battle think on me!” Ornstein said.

The Ghost of Lady Anne jumped. A pixelated illustration of teepees, then a cartoon from “The New Yorker” about dogs, revealed itself. About to face his final battle, King Richard hunched over, reading the script.

“Richard III would be in Adams because, first of all, it's a bit castle-like and, second of all, he's quite thinky and has a chip on his shoulder about prestige. He would probably like being in one of those more well-known, older houses,” Vigil said after the show.

Another actor lurched over from under the table, took a sip from the bowl, then finished off the wine, an action Harvard University discourages in the wake of coronavirus, per University email.

“Oh no, we're not afraid of coronavirus in the theatre,” Vigil said.

“We're really inclusive and we just want people to be a part of this fun Shakespeare event,” McAuliffe said.

She provided an elbow bump, per former university protocol.