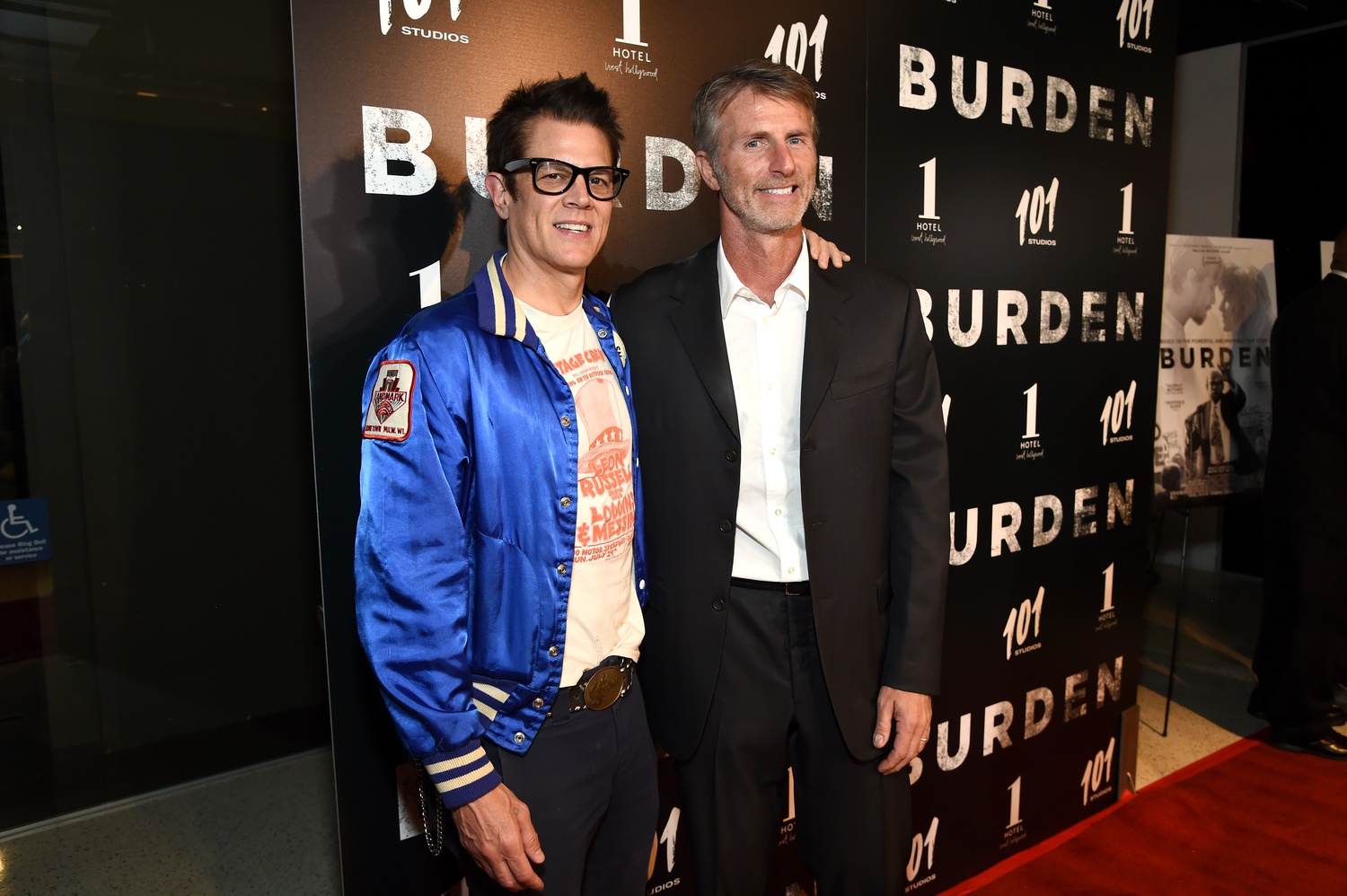 In 1996, actor Andrew Heckler was stunned to come across a newspaper article detailing the newly-opened KKK Museum and Redneck Shop in Laurens, South Carolina. Twenty years later, Heckler’s directorial debut, “Burden,” tells the true story of the KKK Museum and how its founder, Mike Burden (Garrett Hedlund), renounced the Klan with the help of Black Baptist Minister Reverend David Kennedy (Forest Whitaker) who preached a message of fighting hate with love. The Harvard Crimson spoke with Heckler about how going undercover in the KKK to research for "Burden" motivated his storytelling.

Note: the following interview has been edited and condensed for clarity.

The Harvard Crimson: When you were introduced to the story of Mike Burden, Reverend Kennedy, and the KKK Museum, did you know that you wanted to make a film about it?

Andrew Heckler: I read a blurb in a little newspaper and it said, “Klan opens KKK Museum in small southern town.” And I thought that was insane in 1996. I thought that kind of overt bigotry and racism happened in the 1950s, 1960s. So I put that article away and I thought I’d get back to it, but before I did there was another article that came out a year later that said, “Klansman sells Redneck Shop and KKK Museum to Black Baptist minister,” and I thought that was nuts. So I called the Reverend (Kennedy), I went down and spent about ten days in Laurens, South Carolina, at the church, getting to know him and the congregation. I subsequently went back undercover as a white supremacist in the Klan, which was challenging for me personally, but was important to the story I was telling because "Burden" isn't a good-and-evil story. It's a story about people, and I had to understand the people I was talking about.

THC: This is a hefty film for any filmmaker, let alone a first-time director. Were you ever scared while filming?

AH: You know what’s funny? Not really. I never felt fear. We filmed in 2016 in the run-up to the election in a small southern town in Georgia so we had a couple of run-ins where there was some fear among the African American community that was part of our family of filming “Burden.” Nothing happened, thankfully. We had to build a KKK Museum and Redneck Shop set, and it was unnerving to have people trying to shop there for real.

THC: Was the approach of empathetic understanding towards Mike Burden, a character who commits evil deeds, an active choice on your part?

AH: Yeah, I think people are taught racism; no one comes out of the womb as a racist, and mostly the people whose lives are hijacked by bigotry and racism are vulnerable. Mike Burden is such a tough, tough guy. You’d never think of him as vulnerable, but, truthfully, due to economics, family, and massive amounts of abuse as a child, he was so longing for any sort of acceptance that he thought he found a family. It’s just that families built on hate go skin-deep, but families built on love go all the way to the heart, and they’re tougher. So, was I trying to empathize with him? Absolutely. Was I trying to sympathize with him? No.

THC: I was struck by Garrett Hedlund’s performance. But really all of the performances in this film are so powerful and real. As an actor-turned-director, were you very hands-on with your actors’ processes?

AH: Everybody on the set was such an incredibly talented actor. As a director, I think my job was to be there for support — to respect them, to hear them, and to make them comfortable enough with me and the story that they could give those performances freely. That's what I wanted when I was acting. I never encourage anybody to be subtle. I think there’s too much safety in acting these days. My favorite actors are those who take risks, and Garrett (Hedlund) came with so much stuff that I just encouraged him — this performance, for me, is one for the ages. That also goes for everybody. Forest obviously doesn’t need to do things like this, but he was so giving and so willing to work with me. Tom Wilkinson (Tom Griffin) was the same. We all met the real characters, but Andrea Riseborough, who played Judy, literally inhaled her character and became her. Even Usher (Clarence Brooks) was such a force in this movie.

THC: Did the real-life Mike Burden and Reverend Kennedy see this film?

AH: They all really loved the movie. I think they’re very private people and were very reticent of this particular story getting out there. In fact, Mike used to scratch his head when I wanted to do it. He’d go, “I don’t understand why anybody would want to make a movie about my life, but okay.” I think that they are humble, but also very happy for this moment in time. These guys did something that has resonance and can create change. As Mike says, “It’s hard for me to look at the movie, but I’m going to. And it’s okay now because the guy in the movie is dead.” He’s dead and buried, so he (Mike Burden) doesn’t have the same reaction he used to.

THC: What comes next for you?

AH: I’m working on a couple of projects. One is a slightly bigger movie around stock car racing with producer-director Peter Berg who did “Friday Night Lights.” My passion project, my next film, is on the opioid crisis. I ended up going down to the West Virginia-Kentucky border after filming “Burden” with a great guy named Jim Cagle, who was one of the first lawyers to sue the opioid companies. I heard this amazing story that showed the real victims of this crisis, which are people who have been left behind with horrific drug addictions.