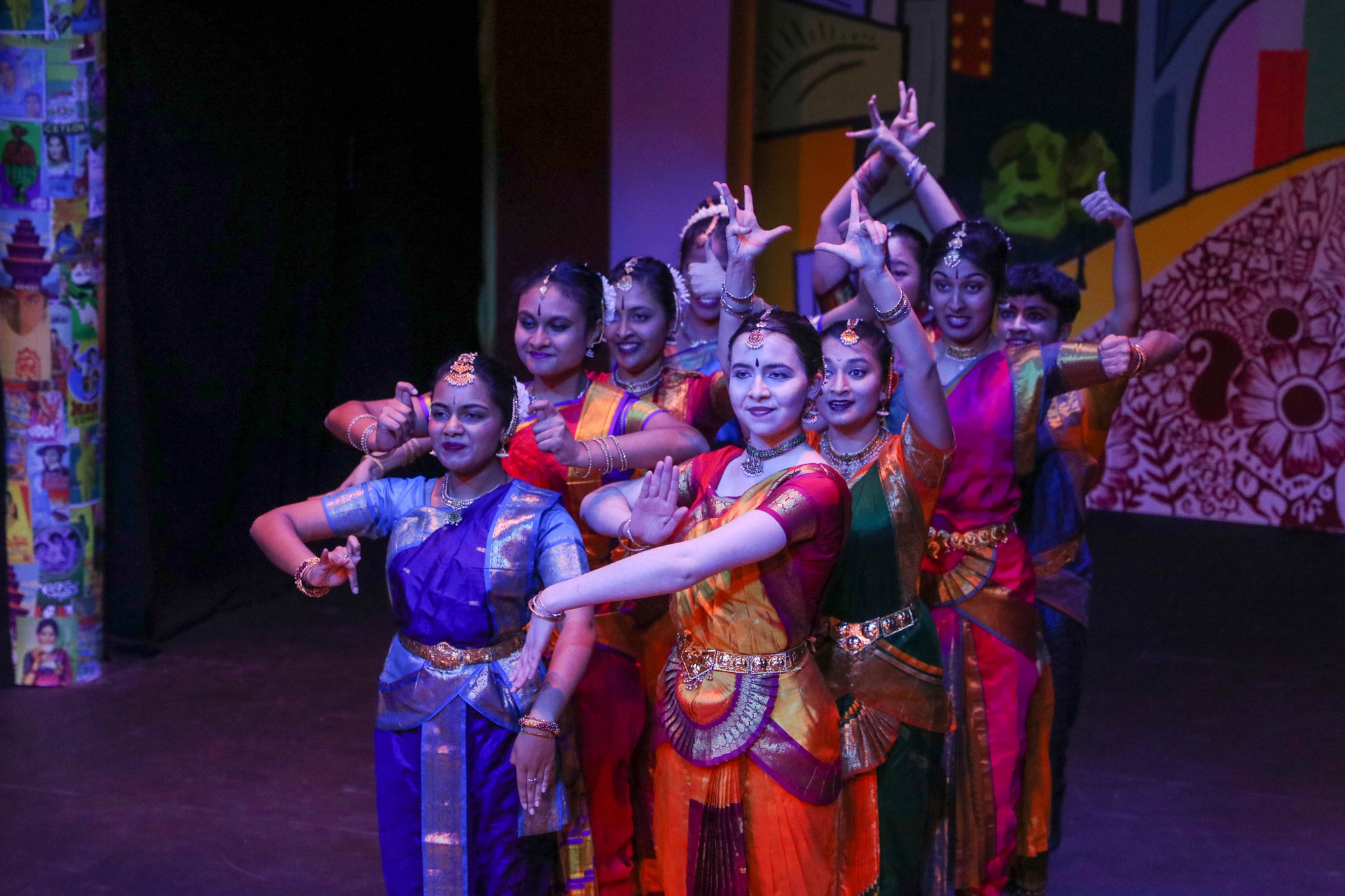 Harvard South Asian Association celebrated its annual production of Ghungroo during the last week of February. Ghungroo — the largest cultural show on campus — celebrates South Asian Culture at the Agassiz Theatre in Radcliffe Yard. There were over 300 students involved with performing, directing, and producing the dances, music, and skits of the show. This year’s performance utilized the setting and dynamics of the American city to celebrate the range of “linguistic, ideological, cultural, and religious diversity in South Asian America in the 21st century.” 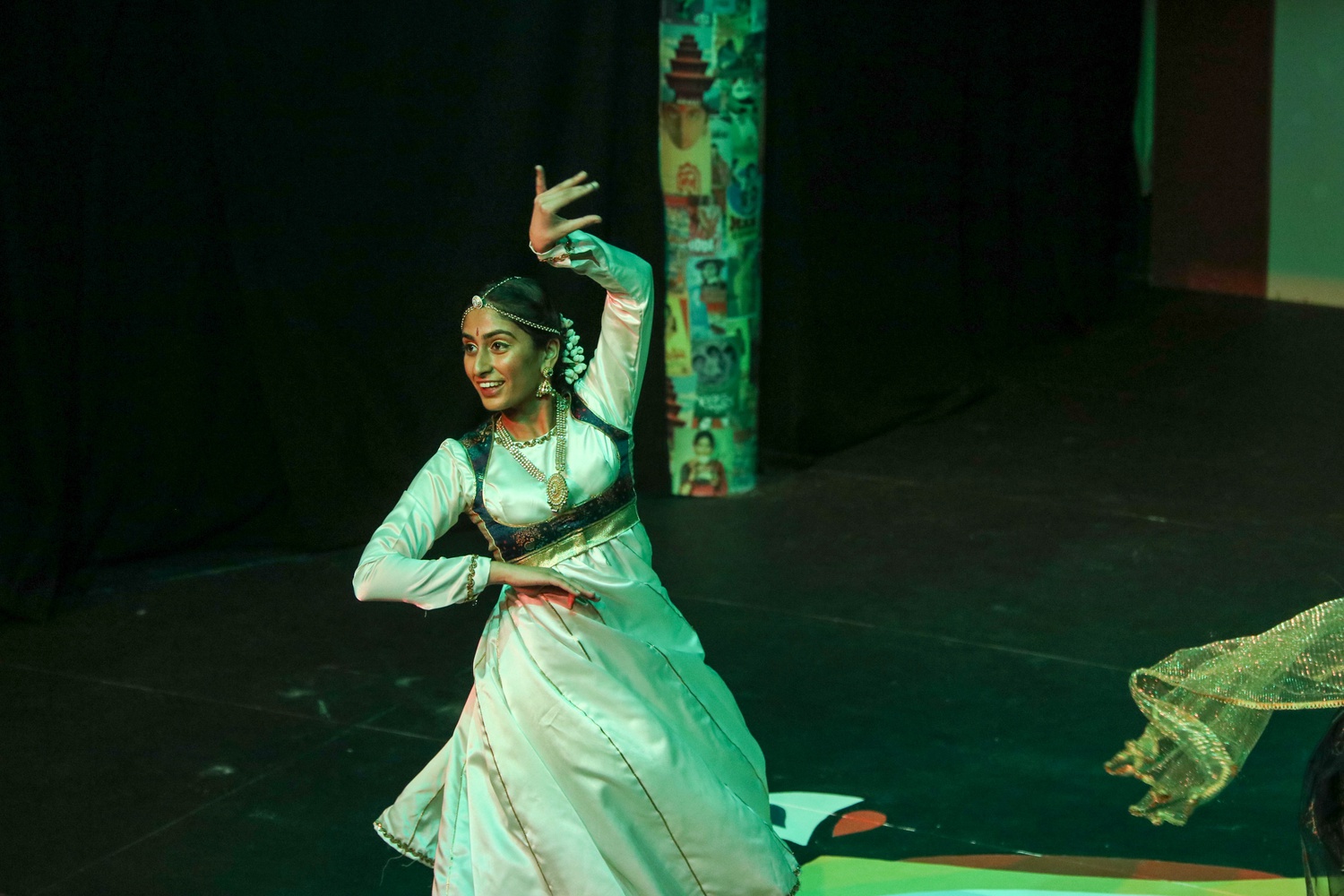 During one of the first opening dances, Setu Mehta ’21 danced gracefully across the stage. Along with Rini Halder ’19, the pair performed the Kathak dance, one of the major classical dances of northern India and traditionally regarded as a dance of storytelling. 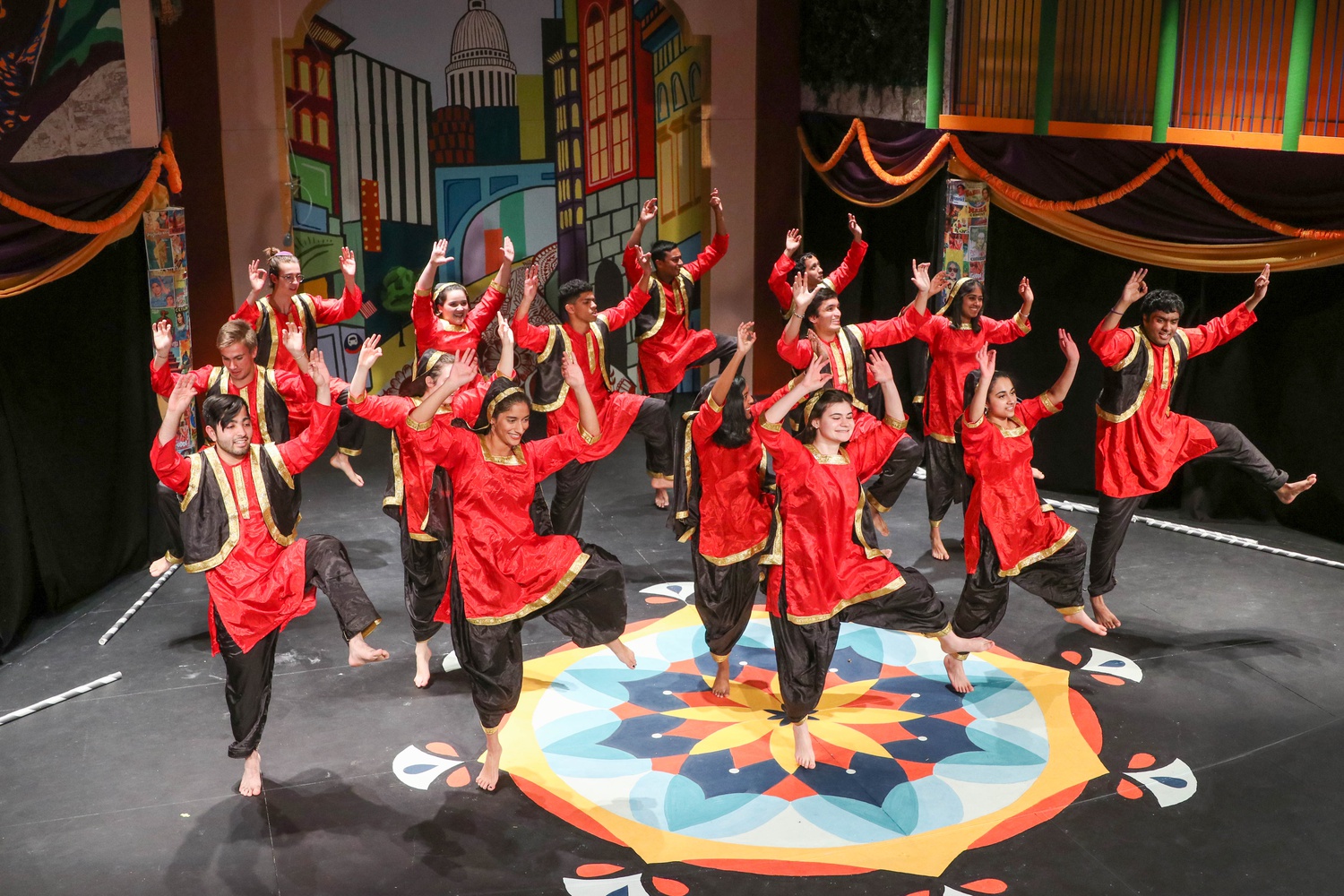 Dressed up in vibrant red and black traditional costumes, students in the Bhangra dance come together in an energetic display of explosive moves and color. The Bhangra dance is a Punjabi dance “tailored to make you start moving your shoulders in periodic shrugs.” 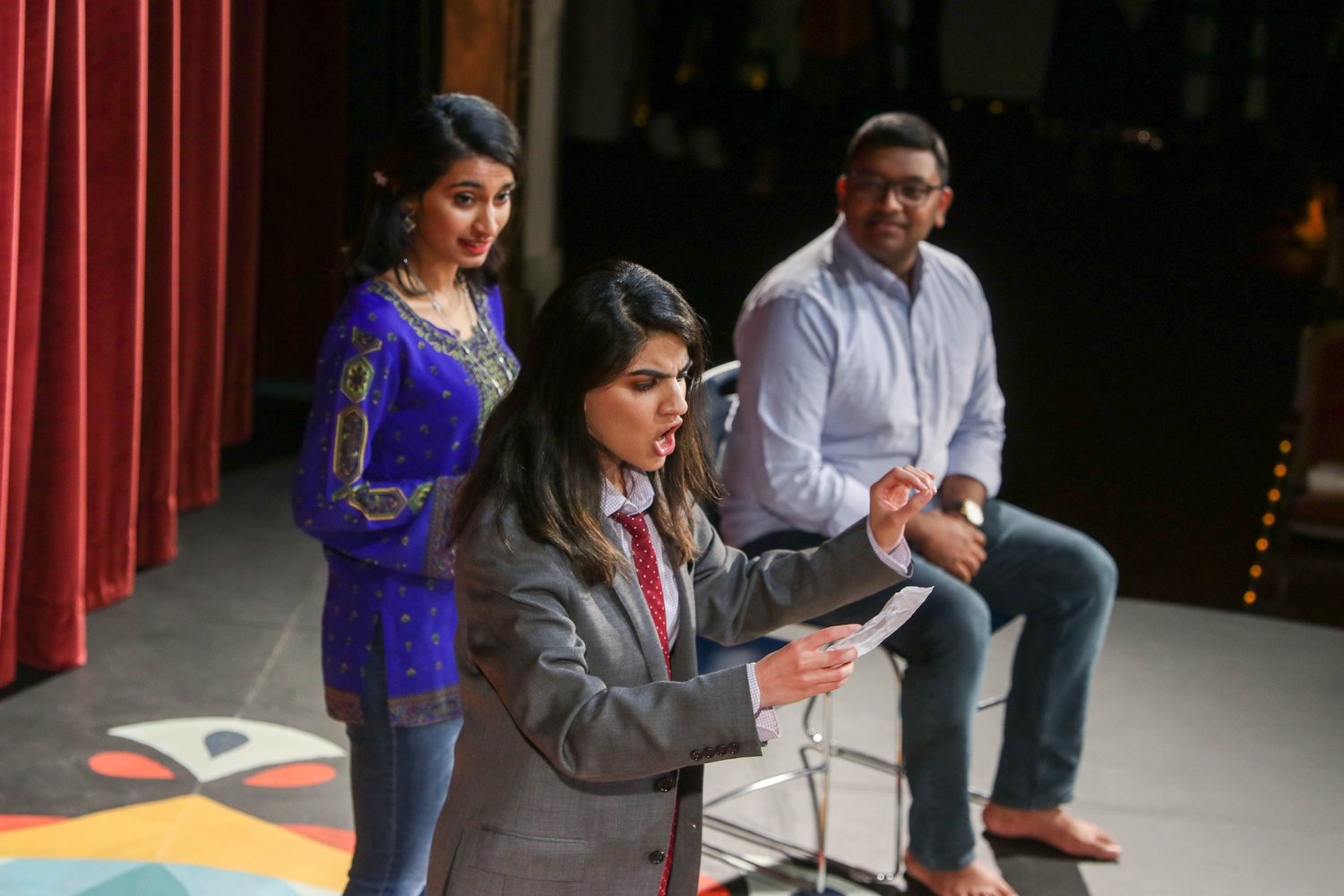 Intertwined between the dance and musical performances, the show had a series of skits that narrated the story of a family who immigrated to America and faced challenges adapting to their new environment. In this particular skit, Divya Vatsa ‘21 starred as Michael Scott in a parody of NBC’s "The Office," mixing humor with commentary about the American workplace. 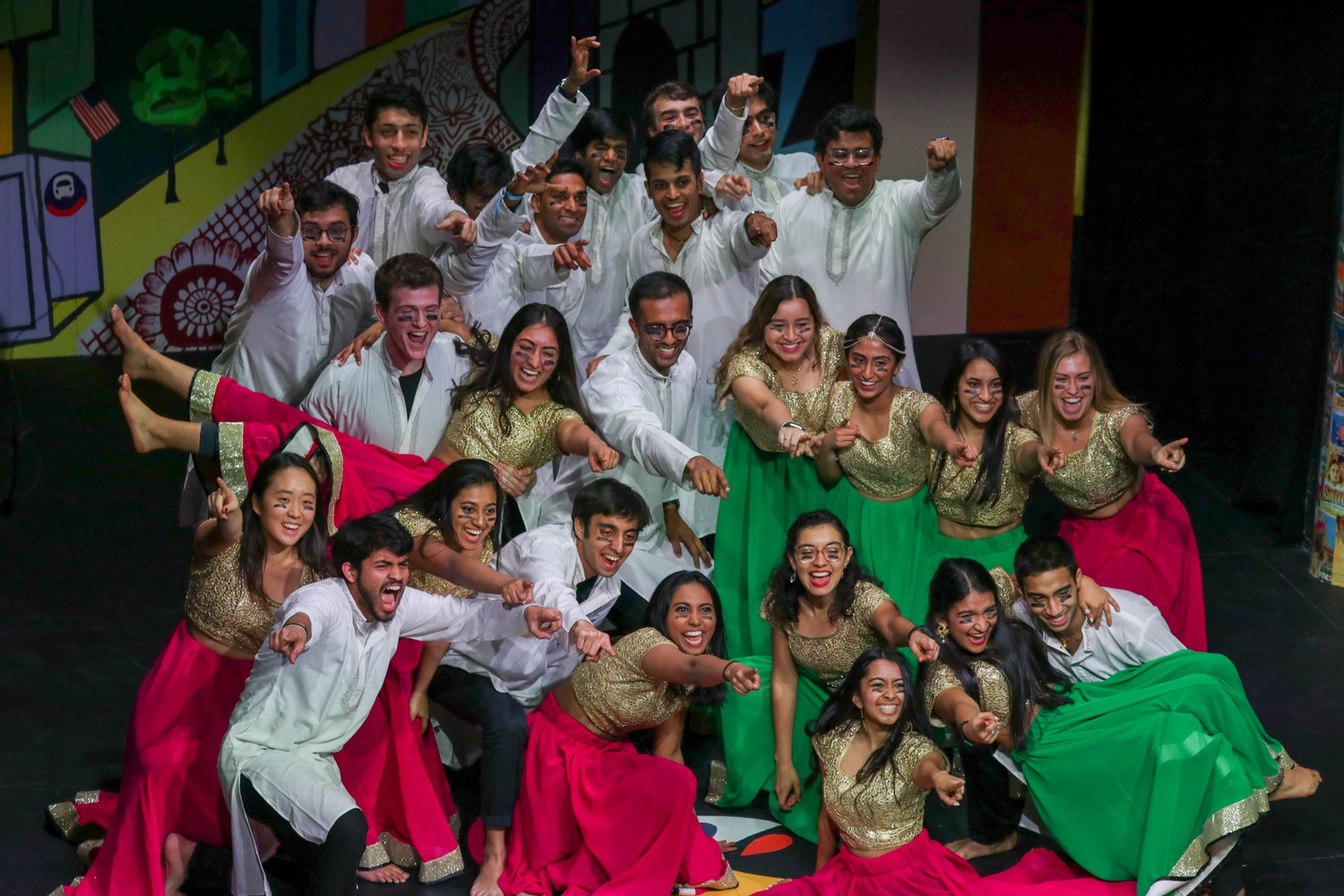 Wearing white kurtas and gold blouses, dancers from the Filmi dance completed their energetic performance with a group pose, pointing to the audience and smiling. Filmi is said to pay homage to the heroes and heroines of Bollywood Cinema, displaying the colorful connection between the dance and music. 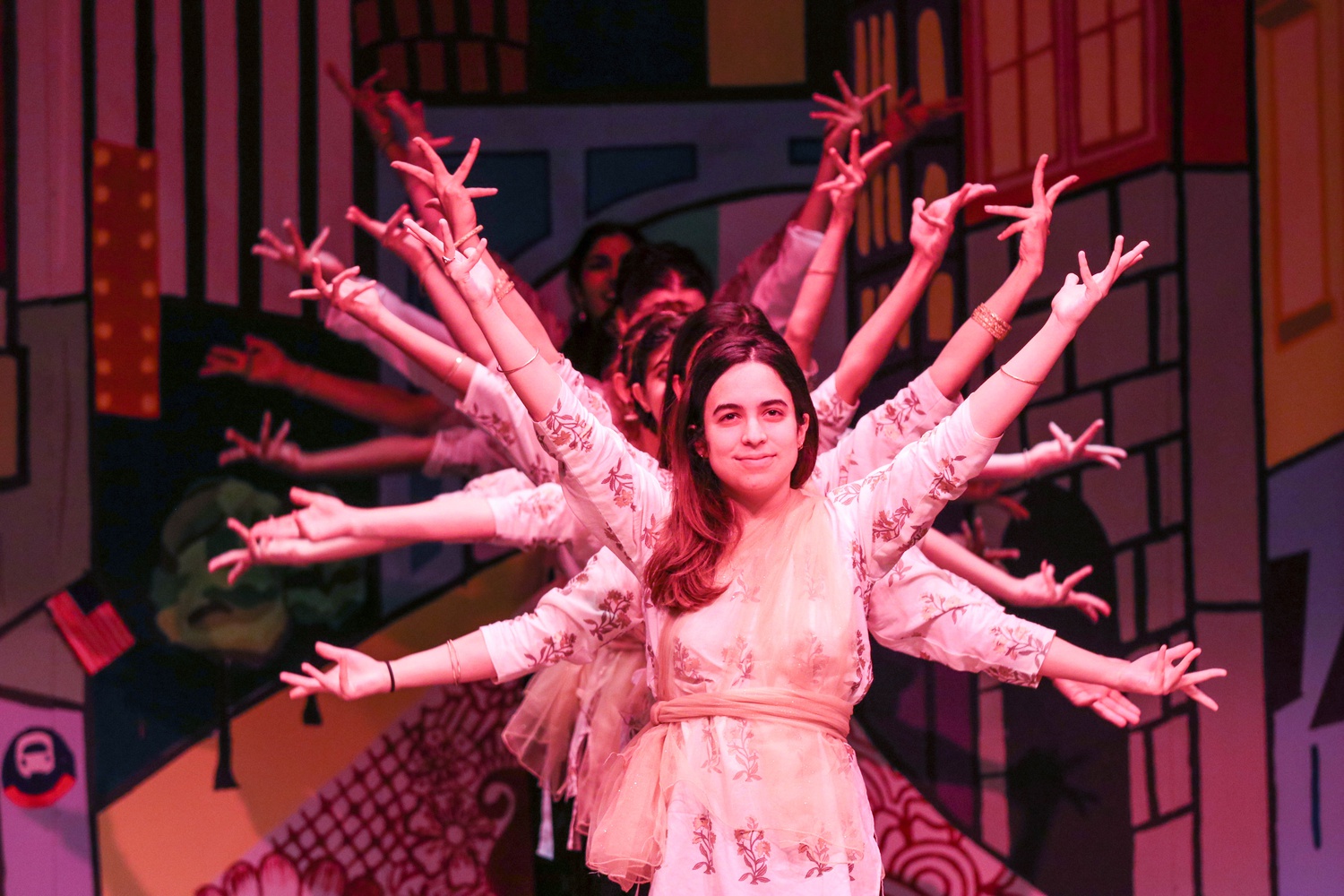 Dancers posed in a line at the start of the Semiclassical dance, described as a fast-paced, classically inspired dance mixing classical styles of South Asian dance with non-classical steps and movements. 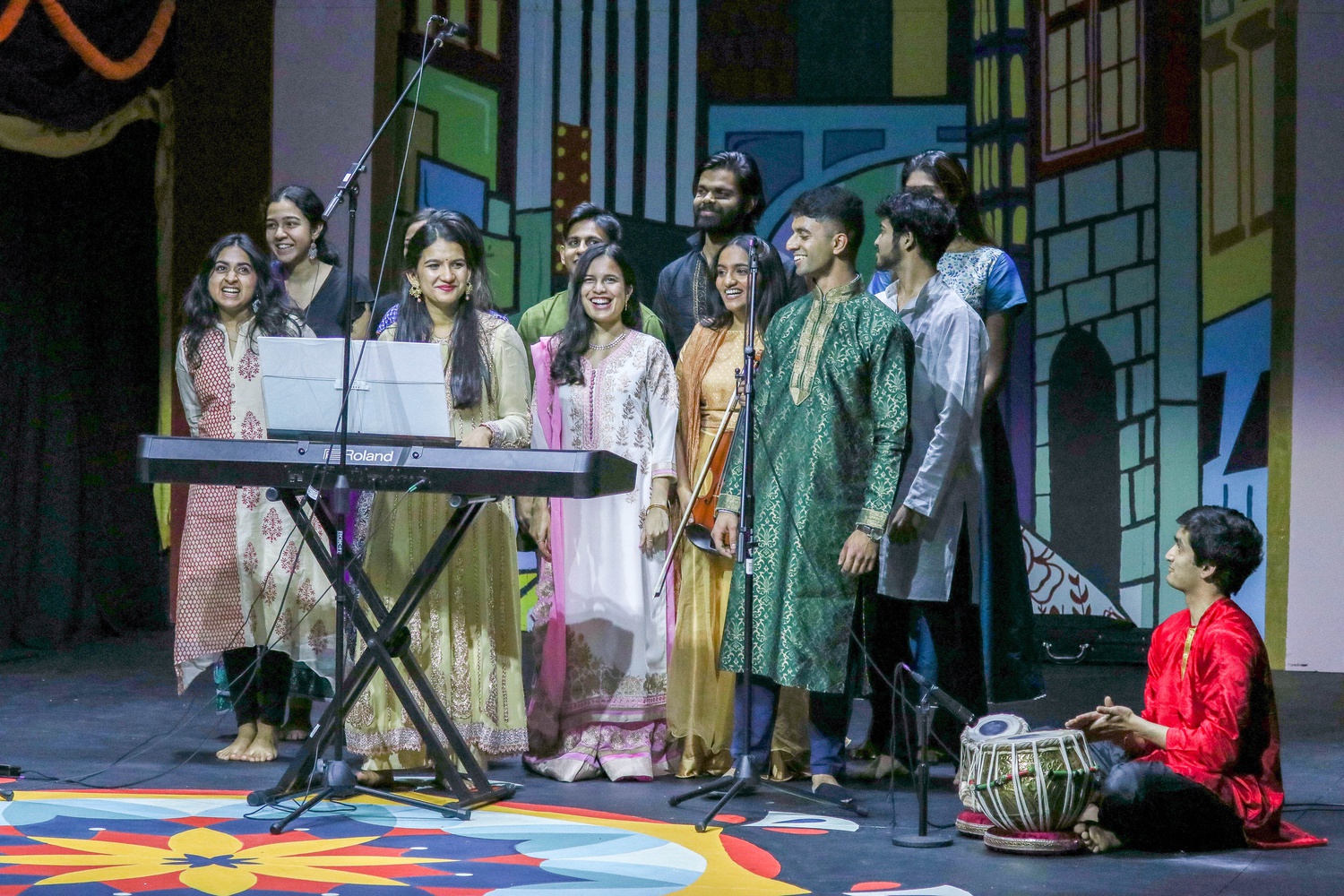 In addition to the many dances and skits, Ghungroo showcased four musical performances, highlighting the diversity of South Asian music. Arranged by Jahnavi S. Rao ’22, this act titled Choral Ensemble, which was the final music act, used keyboard, violin, and tabla, as well as modern acapella-style vocals. 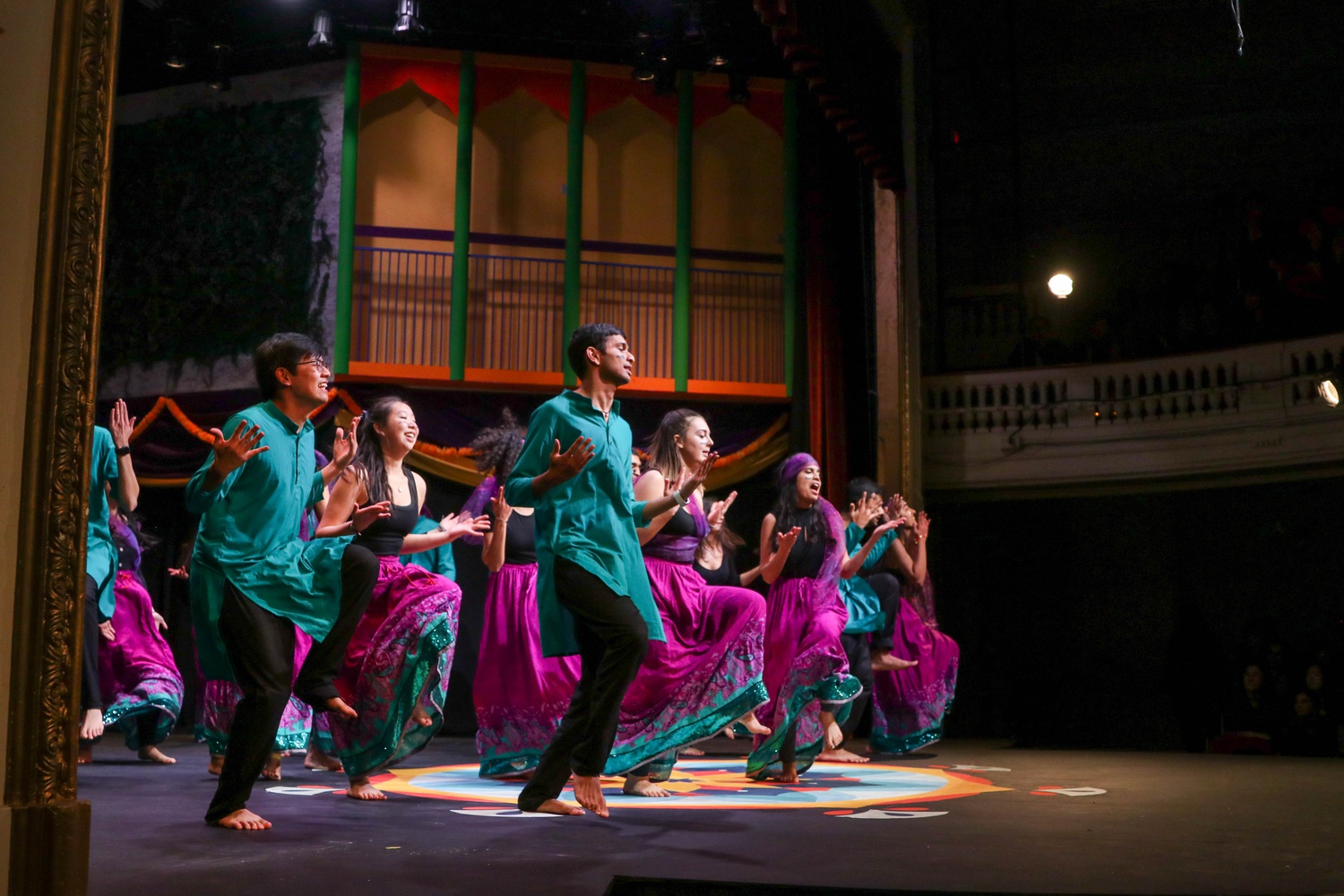 In the Throwback dance, the final dance of the underclassmen segment, Rushi A. Patel ’21, a Throwback choreographer, and Ryan Zhang ’21 danced passionately on stage. The Throwback dance is described to be “a favorite for grandparents, parents, and children alike!”. 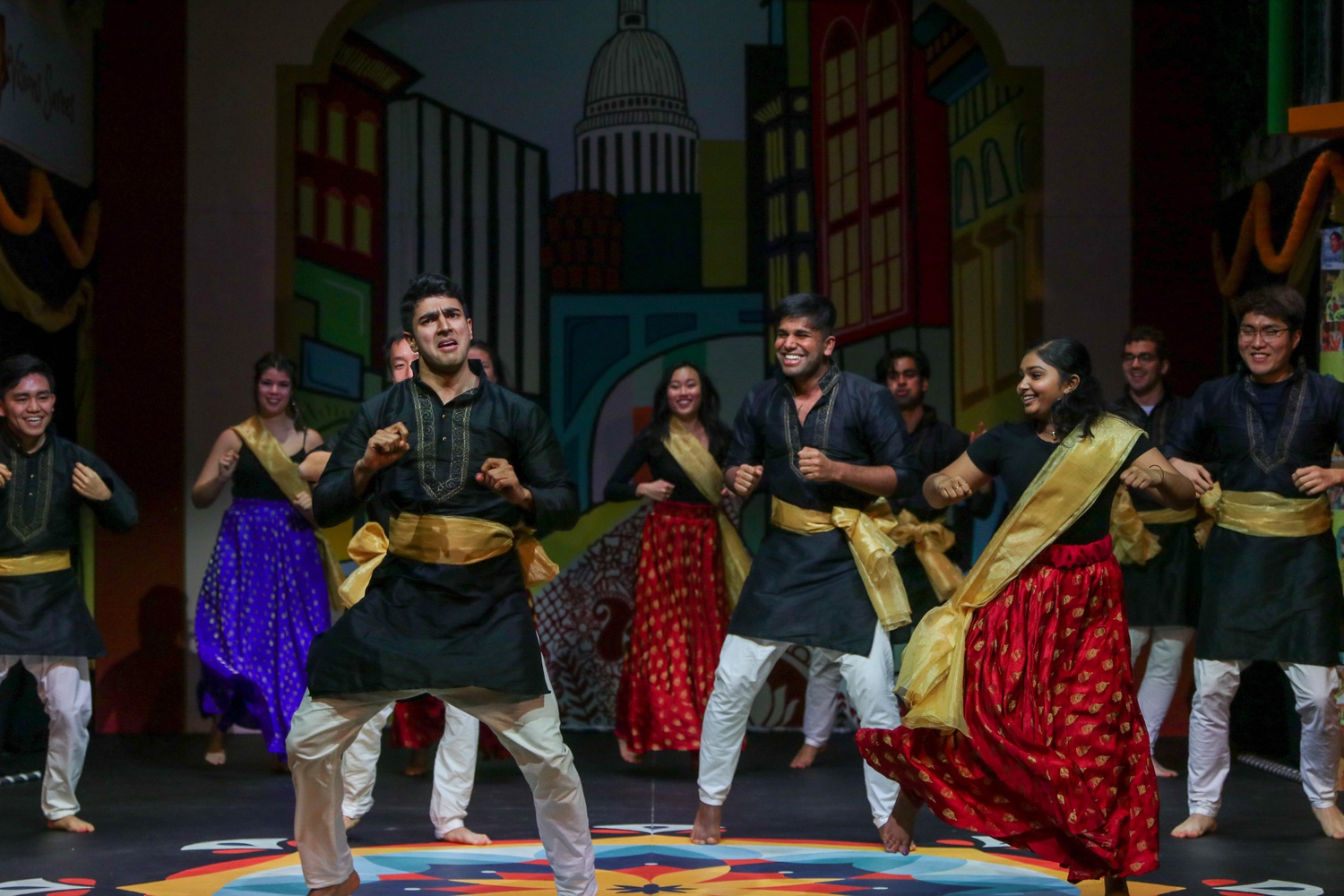 For the last segment of every Ghungroo production, seniors come together to perform the classic Senior Dance, which lasts approximately thirty minutes. Over 100 students from the Class of 2020 partake in Senior Dance, which unites and bonds members of the class around excitement for South Asian dance. 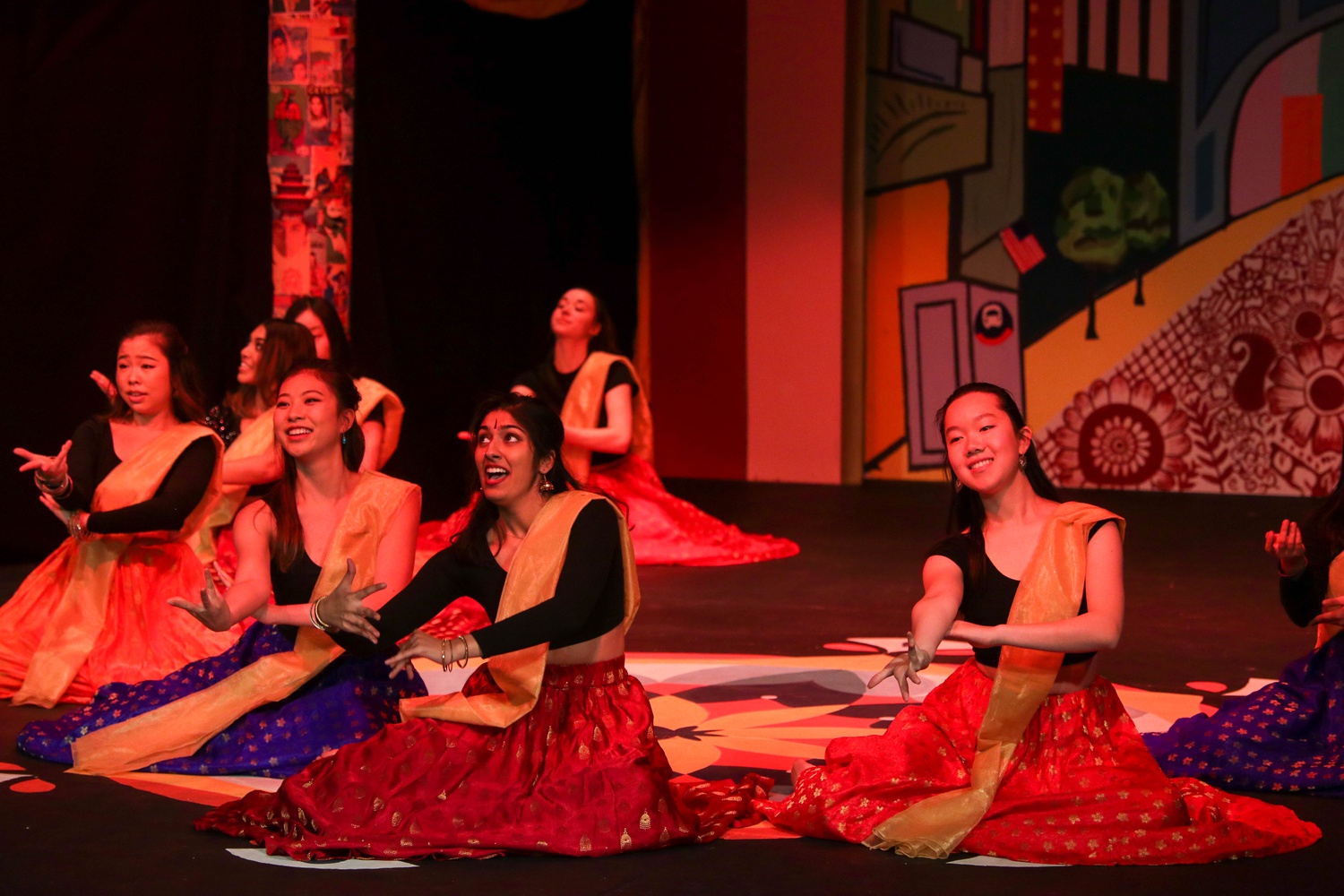 The Senior Semiclassical dance continued the show with energy and excitement. 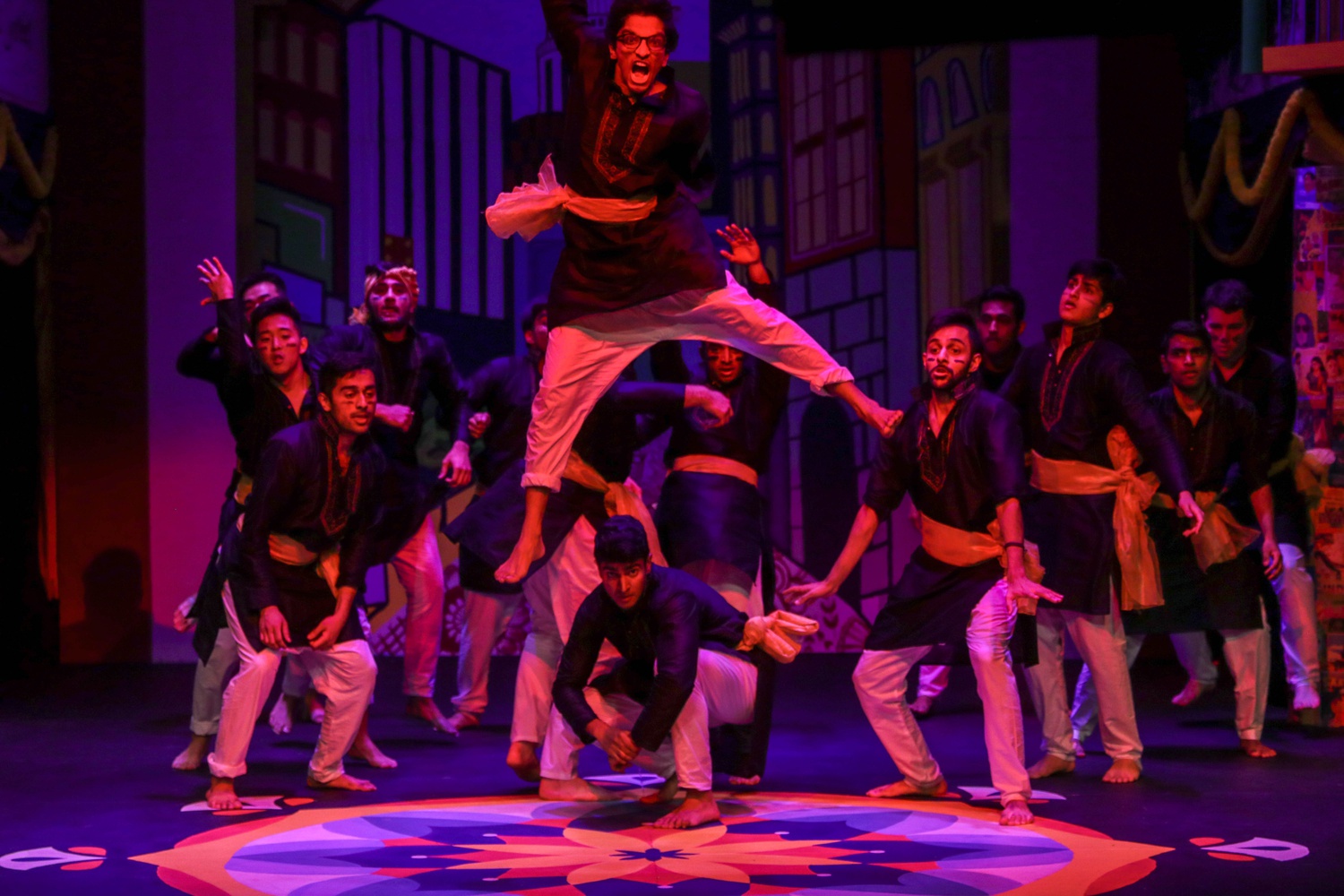 In one segment of the Senior Hype dance, Harshal Singh ’20 jumped over the other dancers and encouraged the audience to engage with the show. 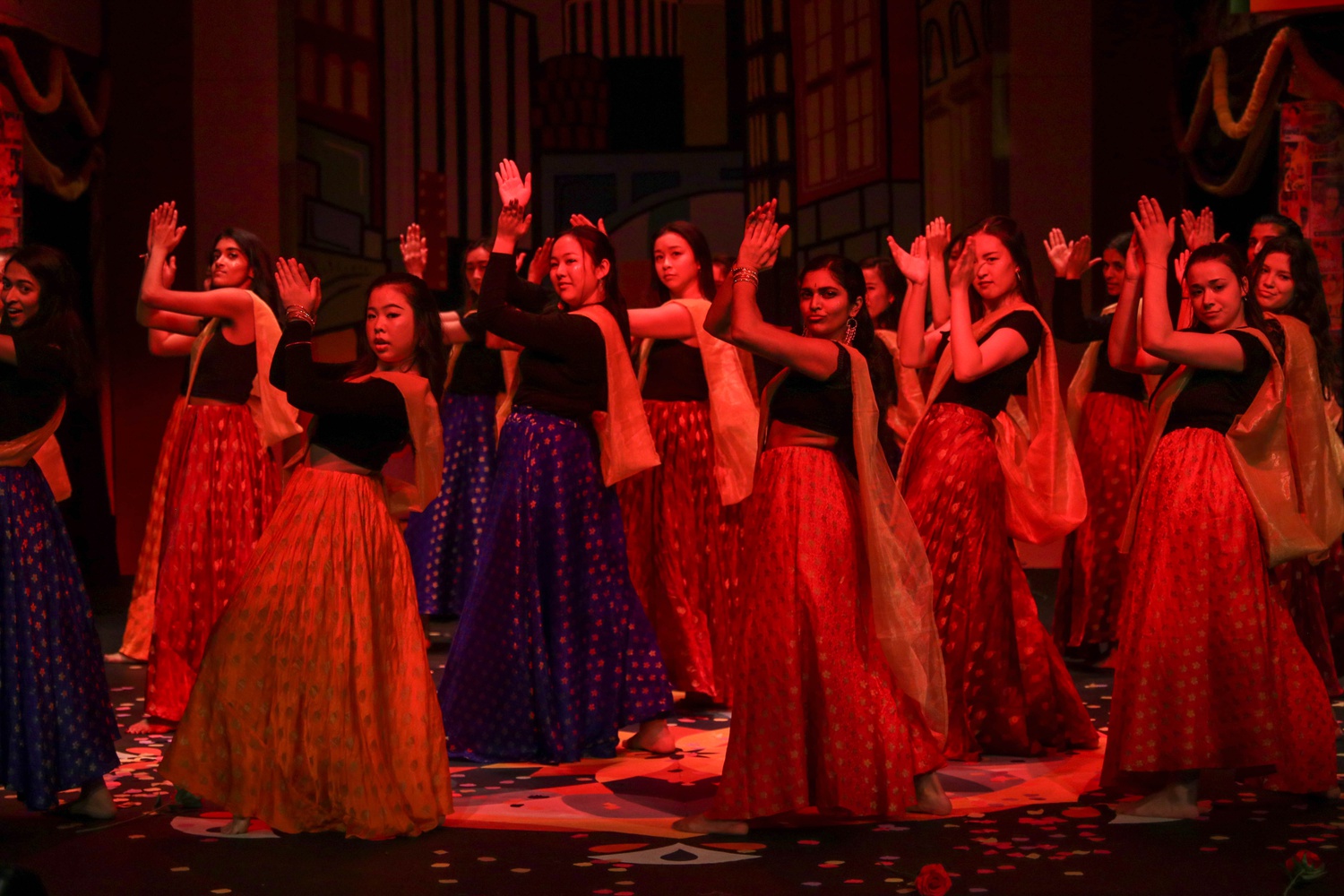 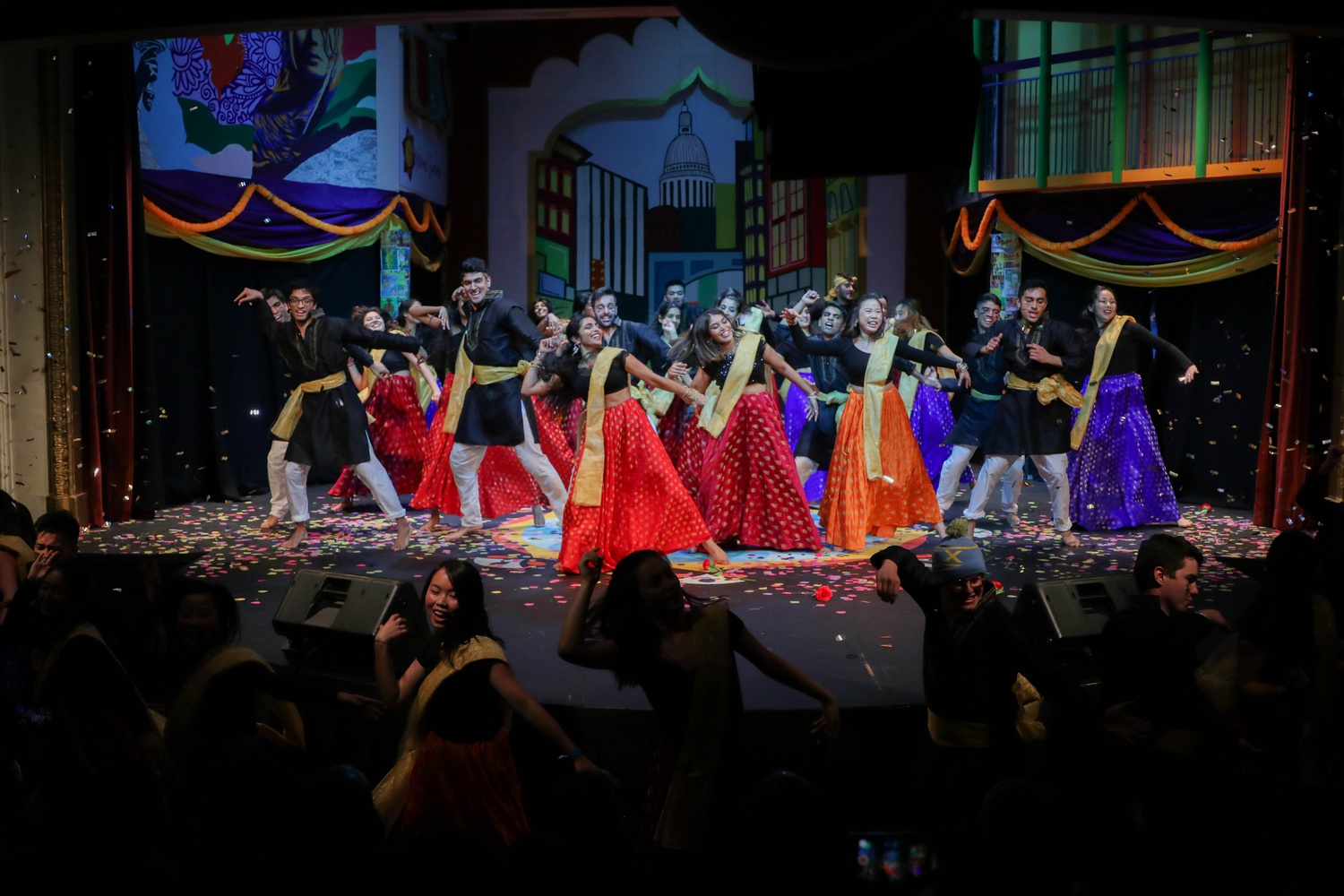 In the final segment of Senior Dance, performers even danced in front of the stage, breaking the barrier between the show and the audience. Senior Dance ended with a high energy tune, explosive dance moves, and confetti falling across the Agassiz Theatre, as the seniors celebrated their final moments on stage and in Ghungroo. 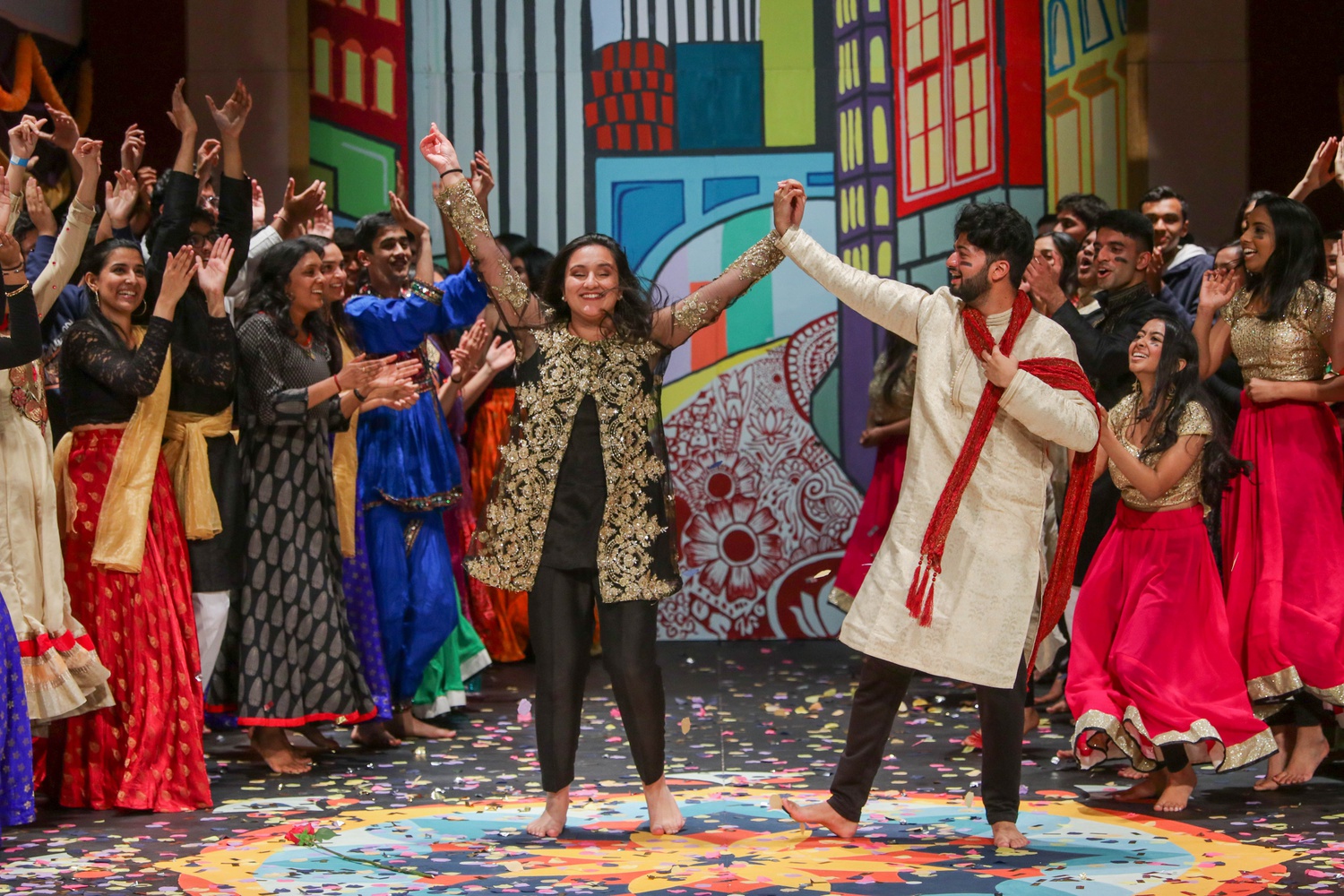 Ghungroo Producers and SAA Presidents, Fatima Shahbaz ’21 and Karthik K. Rao ’21, proudly walked on stage through a crowd of Ghungroo Tech and Production team members and bowed during a curtain call at the end of the show. 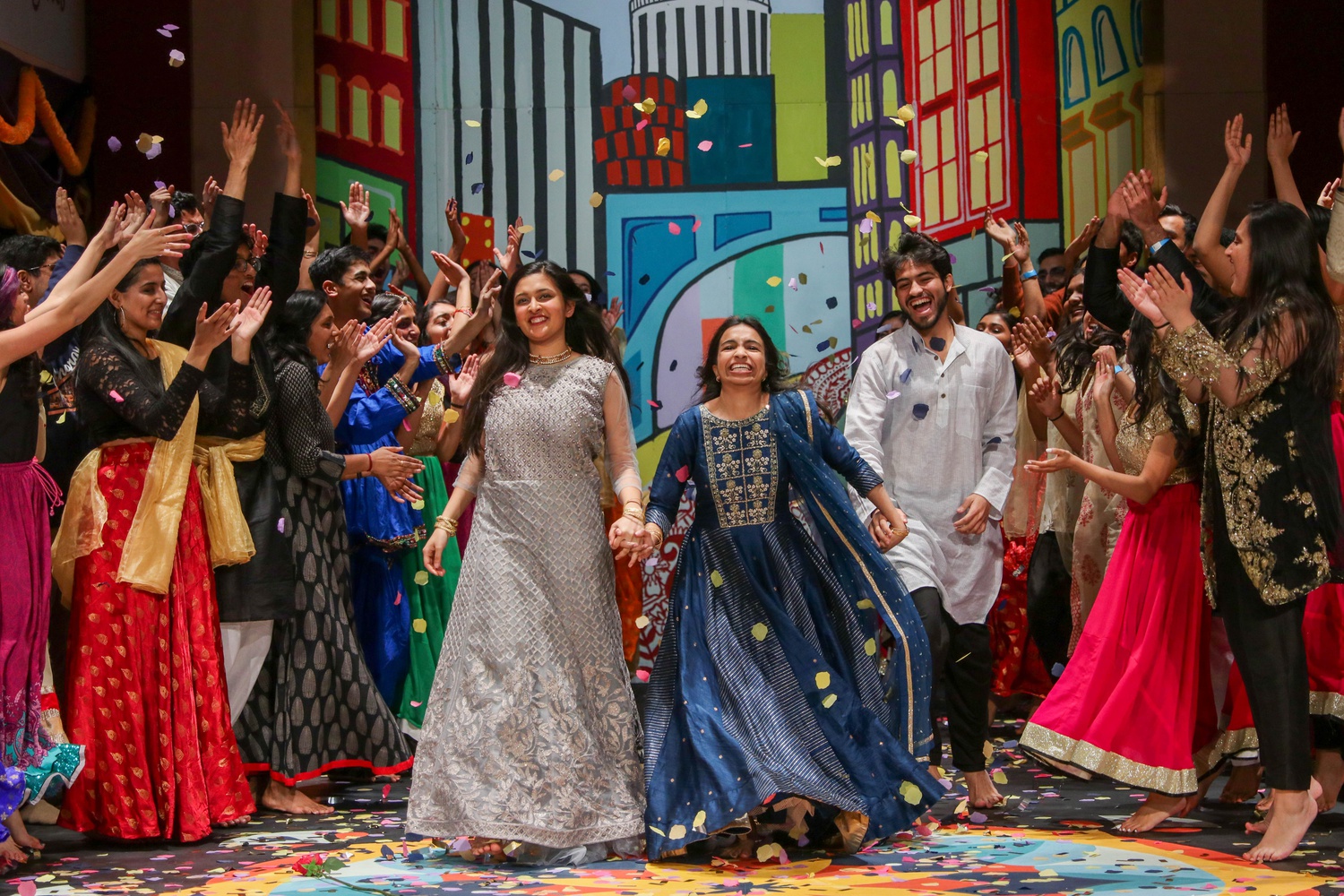 Following the producers, Ghungroo Directors Debolina Ghosh ’21, Sreya R. Sudireddy ’21, and Ajay V. Singh ’21 ran to the front of the stage and bowed, while the Ghungroo Tech and Production team members applauded them.

While months of planning and preparation went into directing and producing the show, Ghungroo ended quickly after a weekend of four colorful and glamorous shows. Through skits, dance, and music performances, Ghungroo embodied the diversity of South Asia and shared elements of South Asian culture with the people from all across campus.