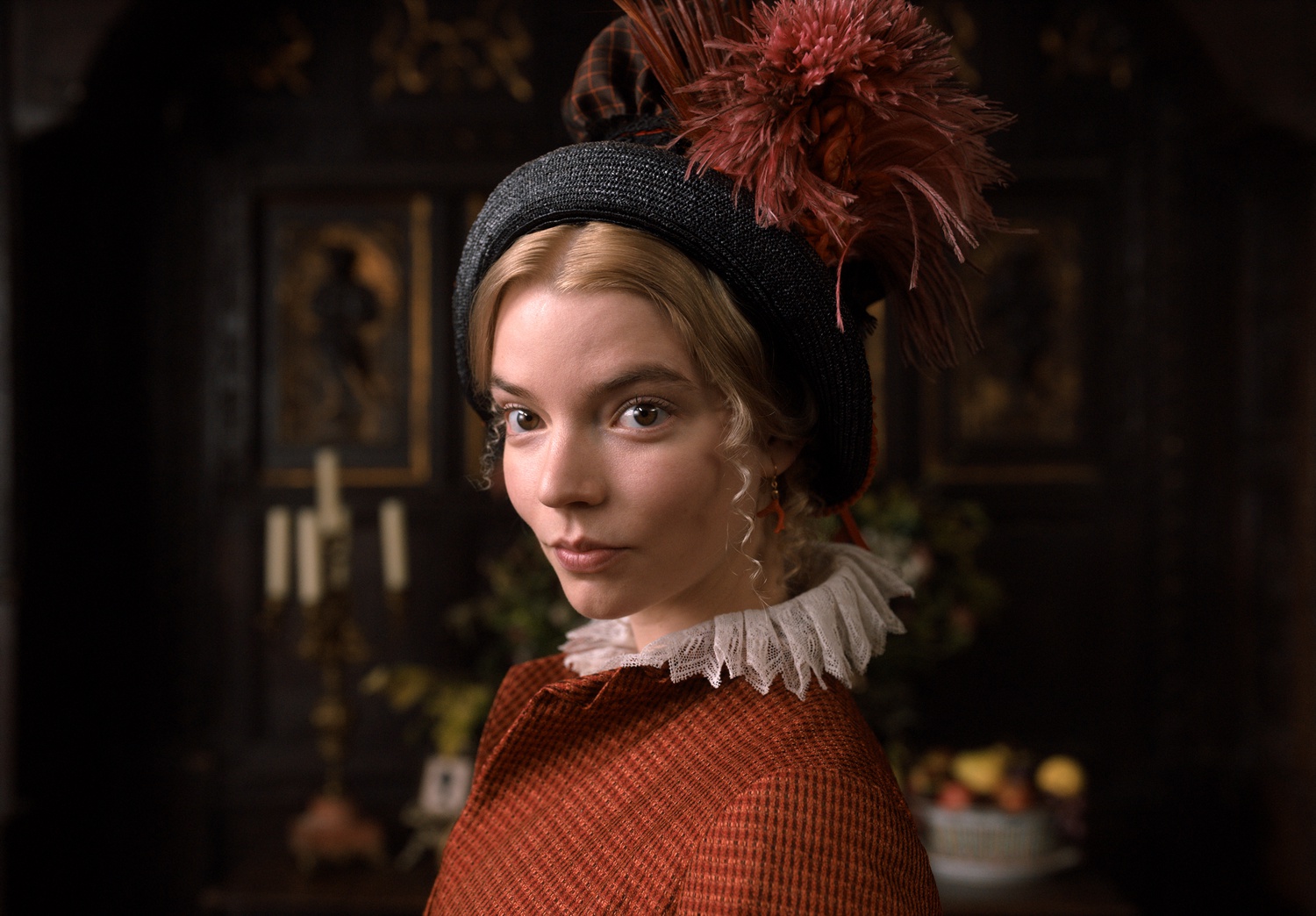 In the opening lines of her iconic novel “Emma,” Jane Austen describes her titular character as a “handsome, clever, and rich” girl who “had lived nearly twenty-one years in the world with very little to distress or vex her.” Autumn de Wilde, following in the footsteps of many previous adaptations, is the latest director to bring this romantic satire of hubris and misunderstandings to the big screen, casting actress Anya Taylor-Joy as her witty but vain heroine. While de Wilde’s “Emma.” was released in the US on Feb. 21, Boston-area film-goers got the opportunity to see the film and participate in a Q&A session with the director and her leading actress at the Coolidge Corner Theater Feb. 25. The Harvard Crimson sat down with both de Wilde and Taylor-Joy to talk through their film-making journey as they tried to maintain the historical accuracy of Austen’s story without sacrificing any emotional authenticity.

“Emma.” marked de Wilde’s feature film debut after a successful career in rock photography, where she has been developing her own unique visual aesthetic for years. In the initial film pitch that won her the directing job, de Wilde envisioned Anya Taylor-Joy, known for her breakout performances in horror films “The Witch” and “Split,” as her Emma Woodhouse. The pieces immediately began to fall into place. “We never really had a first meeting in terms of ‘Autumn and Anya’,” Taylor-Joy said. “The second we walked into that room the first time, we were making the film.”

It was love at first sight. And the instant connections did not stop there.

“Genuinely, Autumn is very good at putting people together,” Taylor-Joy said. “I’ve only experienced this kind of collective chemistry with a cast a few times before in my life.”

At its romantic core, Austen’s plot, according to de Wilde, revolves around “two people that fight so much they don't realize that they're in love.” George Knightley, Emma’s highly intelligent and sometimes pedantic lifelong friend, loves to tease her for her brattiness, but Emma loves to serve it right back. According to Taylor-Joy, the two actors’ chemistry was essential as their playful, platonic friendship evolved into something deeper. From Taylor-Joy’s point of view, de Wilde proved her great casting instincts by casting beloved British musician and actor Johnny Flynn as Mr. Knightley: “I hadn’t met Johnny before, but from the second he walked into the room, the relationship was just there,” Taylor-Joy said. “We felt super comfortable around each other. We loved poking fun at each other. We just had this brother-sister thing that was instantly available and we felt really, really safe with one another.”

Yet “Emma.” also leaves plenty of room to explore the female friendship between Emma and the kind but naive Harriet Smith (Mia Goth). While Emma’s attempts to meddle in Harriet’s love life start off rather manipulative, their bond develops into something more genuine over time.

“I think the first best friend between anybody is like a type of true love that might be unmatched,” de Wilde said.

De Wilde said that she immediately envisioned actress Mia Goth in the role of Harriet, without knowing that her and Anya Taylor-Joy had actually been best friends in real life for years. “I just became hyper aware that my best friend was about to wrap on a movie that we got to make together and had done so much incredible, beautiful work, and I was so proud of her,” Taylor-Joy said of Goth's last day on set.

As essential as the swoon-worthy romance was to Austen’s tale, de Wilde still also saw the source material as “a satire about the class system on top of everything else.” The director turned to costumes to preserve much of the film’s comedic effect: Playing with the bright colors and elaborate hairstyles of the Georgian era, de Wilde looked to caricatures for inspiration. “They poked fun at the rich. They poked fun at fashion. They poked fun at men and women and, you know, politicians and at the Royals,” de Wilde said.

On the flip side de Wilde, who included intimate scenes of Mr. Knightley getting dressed and later ripping off his stuffy jacket when he officially falls for Emma like his “skin is on fire,” also explained intended to use nudity to show "vulnerability and comfort."

“We’ve all put red lipstick on and gone out, feeling amazing, and then something horrible happens and you hate the things you put on,” de Wilde said. “You hate that lipstick, you hate those heels, you throw that dress away.”

Continuing this trend of humanizing characters from two hundred years past, de Wilde and screenwriter Eleanor Catton decided to break from the original source material and give Emma a nosebleed during Mr. Knightley’s emotional proposal to her. Taylor-Joy found herself with a real nosebleed during one of the takes, making for a totally authentic shot in the film. To de Wilde and Taylor-Joy, this was incredibly “exciting,” but to the unprepared Johnny Flynn it was like “an alien nightmare” — another crazy coincidence to add to the list.

“I am going to take a heroine whom no one but myself will much like,” wrote Jane Austen famously of her complicated protagonist Emma Woodhouse. With this quote in mind, Taylor-Joy was firmly committed to not shying away from the dislikable aspects of her character’s personality from the start, even if it rendered "Emma." “infuriating to watch for the first half of the film.”

“If I was more fear-centric, I could have said, ‘No, but let's not push it too far because I'm supposed to be beautiful and charming and wonderful and everyone's supposed to love me’,” Taylor-Joy said. “But if I was more fear-centeric in that way, I think the film would have really lost out… I don't think you get the payoff at the end unless you really feel that she is sorry.”

— Staff writer Samantha J. O’Connell can be reached at sam.o’connell@thecrimson.com.