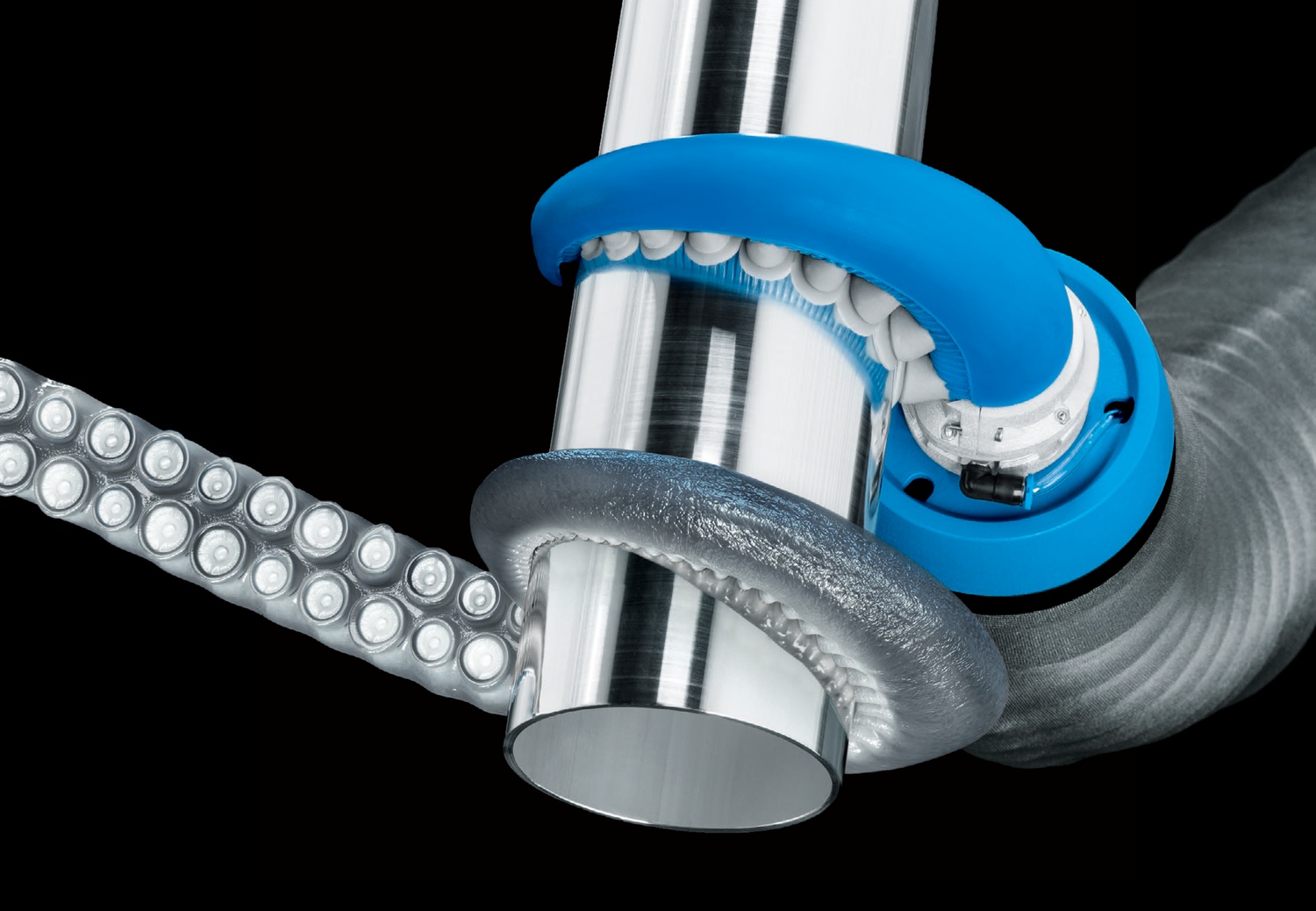 The “Tentacle Bot” uses its flexible design and suction cups to grip and manipulate objects. By Courtesy of Gus Domel
By Ethan Lee, Crimson Staff Writer

Scientists at Harvard and Beihang University released a study in late February revealing a new soft robotics product – an arm with the gripping characteristics of an octopus’s tentacle.

The “Tentacle Bot” uses its flexible design and suction cups to grip and manipulate objects with a variety of different shapes, according to a press release about the study.

Katia Bertoldi, a professor of applied mechanics at Harvard, who co-authored the study, said the team’s research began by trying to discover more about the octopus tentacle’s structure.

“The octopus arm has this intriguing shape,” Bertoldi said. “We tried to understand the implication of that.”

“As we went more and more, we also started building things,” he added.

Li Wen, another co-writer and professor at the School of Mechanical Engineering and Automation at Beihang University in Beijing, wrote in an email that the researchers progressed from analyzing characteristics of the octopus tentacle to beginning to create the bot.

“When we search the octopus arm on the internet, we observe that the octopus arms are taper-shaped and are highly variable between different species,” Wen wrote. “Inspired by the tapered morphological feature of octopus arms, we are very curious how this tapered shape would benefit the design and performance of soft actuators and soft robots.”

Wen added that, unlike past work on robots that attempted to replicate individual octopus characteristics, the Tentacle Bot combined different aspects of the cephalopod’s physique.

“In contrast to the previous studies on octopus-inspired robots, which focused primarily on either arm motion, or sucker action alone, this present tentacle bot integrates both concepts and adopted an optimal tapered shape of the tentacle for a better gripping performance,” Wen wrote.

August G. Domel, a Harvard Ph.D. graduate and co-author of the paper, said he thinks the bot may have practical implications for manufacturing.

“I can imagine this being used in some sort of assembly where you have to basically manipulate a wide range of objects and maybe it isn’t just one consistency coming through,” Domel said. “We include suction and bending, and we have this nice tapering angle too. We’re able to really grab a wide range of things. So you can imagine that if you’re on some sort of manufacturing application, this can really be useful.”

Wen added that he thinks the Tentacle Bot could be used in the future for more complicated operations, such as medical procedures.

“In the future, we hope this robot can be safely operated in the company of human bystanders to work on a few complex missions together,” Wen wrote. “We also expect this robot could help the doctors to carry out some medical diagnosis.”