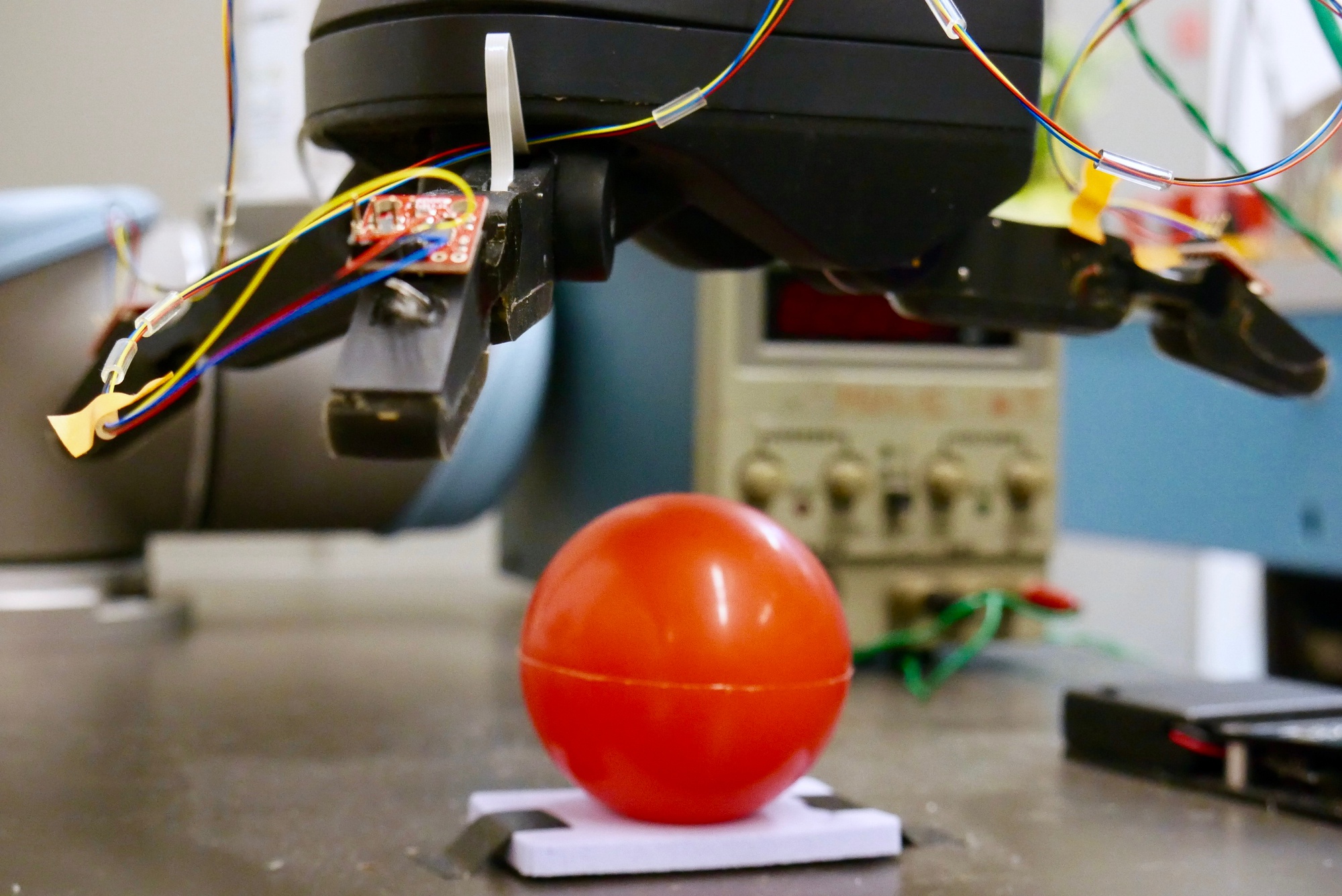 Robo-Roaming at the Harvard Biorobotics Lab

Founded in 1990 by engineering professor Robert D. Howe, the Biorobotics Lab develops robots that can both sense and operate in dynamic, unpredictable environments.
By Alan R. Dai and David H. Xiang

The Harvard Biorobotics Lab wants to revolutionize robots, although their lab—decked out with a ping pong table, a whiteboard covered in doodles, and Baxter, a decorative robot wearing a graduation cap—might not seem serious. Researchers at the lab are developing robots that can autonomously navigate their environments, from kitchens to warehouses to arteries inside the human body.

Founded in 1990 by engineering professor Robert D. Howe, the Biorobotics Lab develops robots that can both sense and operate in dynamic, unpredictable environments. Currently, the researchers are working on projects in medical imaging and modelling, robotic surgery, robotic hands, and soft robotics, with the goal of “figuring out what makes things function intelligently,” as Howe said in a 2014 video interview produced by the School of Engineering and Applied Sciences. Currently, the lab is focused on developing robotic hands.

“Our goal is to have something that can actually manipulate the world. The challenge is that the world is full of objects of different sizes and shapes” Qian Wen, a graduate student in the lab, says.

These claw-like hands, made up of three rotating fingers powered by four motors, face the challenge of operating in so-called “unstructured environments.” While robotics have long been used in structured environments such as factories and assembly lines, researchers are still working to figure out how to use them in more unpredictable settings, whether domestic (like kitchens and grocery stores) or dangerous (like nuclear sites and search-and-rescue operations.)

To that end, Qian and others in the lab work to extract information about the hands’ surroundings through embedded sensors. Using data from the sensors, the robots can get a sense of whether “the thing is about to drop out of their hand, or if they have a good grip,” Qian says. This task is difficult, because sensors durable enough for a real-world setting tend to produce limited data.

“The sensors are not that great right now, so the information [we] get is confounded in too many ways to really know what to do with it,” she says. The task for researchers then, Qian says, is to figure out what they can do with this limited data.

“In 50 years, maybe even less, I would hope to see robotic hands used for menial tasks in all these unstructured environments,” Qian says. “But we’re certainly not aiming to take over humanity.”

Similar challenges exist in smaller-scale unstructured environments. Researchers in the Biorobotics Lab are currently working on tubes that can move autonomously within the human heart.

“This is really challenging because, as the heart is beating, you have all these valves flapping inside the heart at high speeds,” Alperen Degirmenci, a PhD candidate in the lab, says. “If you want to operate on any of these moving parts, you have to compensate for the motion.”

Degirmenci’s work focuses on getting these tubes—intracardiac echocardiography catheters, or ICE catheters—to move while taking 4D scans of the heart. Degirmenci is also trying to automate the steering of these catheters, to minimize human error and make the procedure less invasive. In doing so, ICE catheters can reduce recovery times from weeks to days.

In a 2016 animal test, the Biorobotics Lab performed the first successful automated steering of ICE catheters in the world. Now, the lab is working to integrate them with embedded ultrasound probes, which enable the catheter to take cross sections of the heart that can form a “three dimensional map of the heart that’s beating in time, so [the surgeon] can see both the motion of the heart and the structure,” Degirmenci says.

Though the path to commercialization will be difficult, Degirmenci believes that the ICE catheter could be in human use in as soon as a decade, and that robots will be automating the “boring” parts of surgery, such as suturing, within 50 years.

And in 100 years? He smiles. “I think we will have robotic surgeons,” he says. But by then, he counters, “hopefully you can actually catch some of those diseases before they require surgery. You might not require a surgery at all.”