Harvard Athletes May Not Take Spring Off for Coronavirus Eligibility Relief 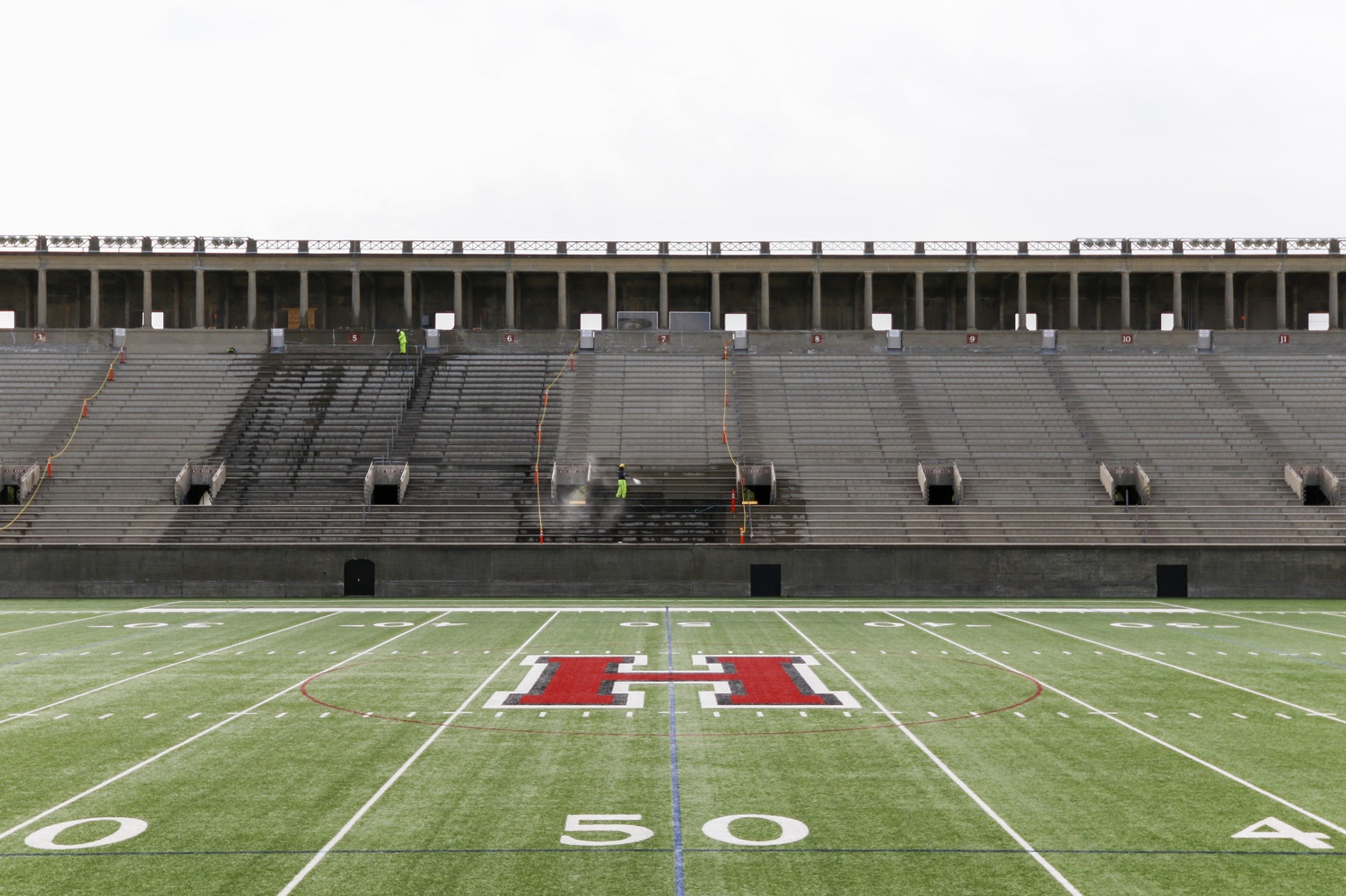 Varsity athletes whose spring seasons were canceled due to the coronavirus will not be able to use their extra year of National Collegiate Athletics Association eligibility at Harvard by taking a semester off. By Timothy R. O'Meara
By Ema R. Schumer, Crimson Staff Writer

Varsity athletes whose spring seasons were canceled due to the coronavirus will not be able to use their extra year of National Collegiate Athletics Association eligibility at Harvard by taking a semester off, according to a Thursday email from Athletics Director Robert L. Scalise.

In an email to all spring sport student-athletes, Scalise wrote that Harvard’s decision reflected the eight Ivy League presidents’ belief that athletes should prioritize their status as students. In explaining the move, he quoted an agreement made by the league’s presidents.

“Ivy League athletes are students first and foremost,” Scalise quoted. “No student-athlete should withdraw from the spring 2020 term for the sole purpose of preserving athletics eligibility.”

Scalise’s email marked the first time Harvard Athletics has formally communicated with student-athletes who play spring sports since the Ivy League decided to cancel its season on March 11. Since then, the NCAA granted spring sport athletes an extra year of competition, though the Ivy League upheld its policy barring graduate students from competing in athletics shortly thereafter.

Yale and Princeton also announced on Thursday that any of their athletes interested in further competition would have to pursue graduate degrees at institutions outside of the Ivy League.

University of Pennsylvania Athletic Director M. Grace Calhoun, however, told the Associated Press last week that student-athletes could use their eligibility at Penn if they took fewer classes this semester or took on an additional major or minor.

But in his email, Scalise shut the door on some athletes’ intentions to use the extra season of competition at Harvard.

On Wednesday night, Harvard men’s lacrosse player Kamau I. “Isaiah” Dawson ’22 went to sleep planning to withdraw from the College for a semester so that he could use his extra year of competition in Cambridge. He woke up the next morning to Scalise’s email, which scuttled his plans.

“I was definitely disappointed waking up to that news, obviously, and kind of realizing that what I thought could have been an option is just definitively not now,” Dawson said.

He said he would now have to consider using his eligibility as a graduate student at another university, an option Scalise mentioned in his email.

Before Scalise announced Harvard’s decision, though, Dawson had said in an interview that he was willing to put his college career on hold so that he could play another season with his teammates.

“I want the extra year back, right. And I want to be at Harvard for an extra year,” Dawson had said.“I’ve been here for two years, I love it. I love the people I’ve met. So as of now, that’s the only way in which I could get that extra year back and stay at Harvard.”

Despite his disappointment, Dawson said Scalise’s email clarified Harvard and the Ivy League’s decisions for the first time since the Ivy League ruled it would not allow athletes to use their eligibility to compete in league athletics as graduate students.

In his email, Scalise wrote that Ivy League principles guided Harvard and the Ivy League’s decisionmaking on the issue of eligibility.

“The Ivy League is unique in its approach, and is established upon several overarching principles which create the enriching atmosphere at Harvard where athletics serves the College’s essential educational mission,” he wrote.

“While we know that you may understandably be disappointed, our sincere hope is that you continue to share our firm belief in the Ivy League principles and will continue on course at Harvard.”

“One of the things that Bob Scalise preaches is how athletes here aren’t treated differently,” he said. “So I understand how he wouldn't want someone to make a decision that would so strongly impact their academic track, just solely because of how it would affect their athletics.”

Still, Thomas said he empathized with athletes — including himself — who contemplated taking a semester off to play an extra season at Harvard.

“As someone who was considering making the same decision, my heart really goes out for everyone who’s unable to do that now,” he said. “I wish in a perfect world that it would work out like that. But this is the policy of the school.”