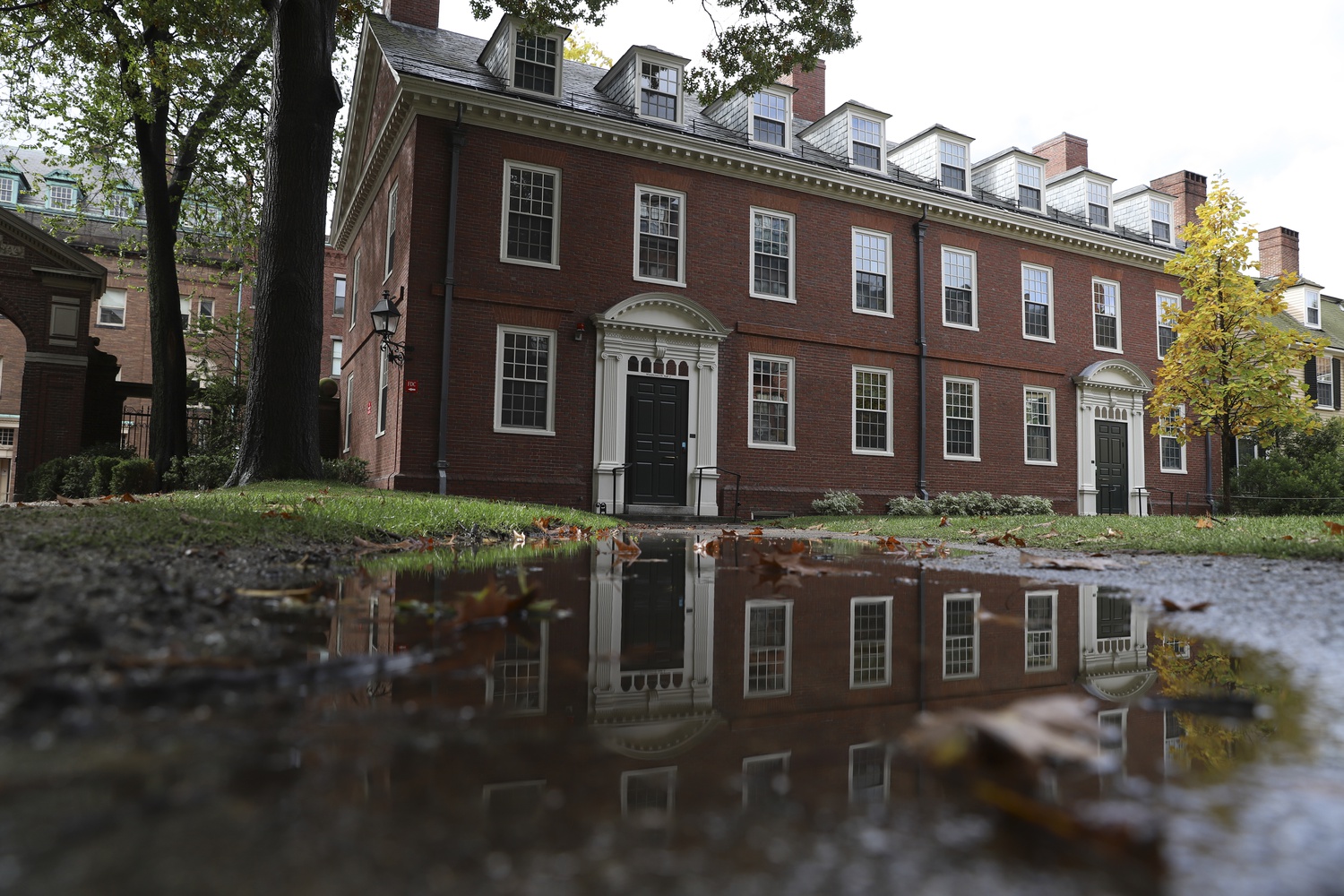 Harvard and Stanford students launched a hope-themed education challenge in response to the coronavirus pandemic. By Ryan N. Gajarawala
By Helen He and Alex M. Koller, Contributing Writers

Students from Harvard and Stanford launched an international education challenge in March to encourage students to get involved in global issues during the coronavirus pandemic.

The Crown Education Challenge — whose name derives from the English translation of “corona” — invites elementary, middle, and high school students around the world to submit original artwork, writing, and scientific research centered around the theme of “hope during a pandemic.”

“We were looking at several different parent blogs and Facebook groups online that expressed some of the frustrations behind homeschooling and this new virtual learning that parents were now faced with,” Jin said. “So we sort of had this idea of starting a K-12 international education challenge.”

Since the pair first began brainstorming less than two weeks ago, their team has expanded to include other students from Harvard and Stanford — including David A. Paffenholz ’22 and Stanford students Yannie K. Tan, Dhruvik S. Parikh, and Adam A. Pahlavan.

“Given the current challenges created by the coronavirus, there’s a lot of education that’s not happening as regular,” Paffenholz said. “We as college students experienced that with the transition to online classes, but while it’s arguably fairly well-managed at Harvard, that is certainly not the case for the majority of schools in the U.S. nor around the world.”

The challenge’s theme of “hope during a pandemic” was inspired by the team’s aim of contributing a positive story to a news cycle “dominated by COVID-19,” Lee said.

“The whole thing about ‘hope’ is kind of two-fold here. In one sense, we want the kids to think about their own representations of hope and things that give them hope during this type of time,” Parikh said.

“For the world at large, seeing the amazing things that children and students are doing during this kind of time, we think that this could give the world itself hope during a pandemic,” he added.

The students on the team are also working with Serena McCalla, the science research coordinator for the Jericho Union Free School District in New York and founder of the iResearch Foundation, which sponsors the challenge. The team was initially connected to McCalla through Pahlavan, who worked with her in high school.

McCalla said the team has been “working nonstop” on getting the challenge up and running.

“I’d be on the Zoom with them and it could be almost one o’clock in the morning in New York, and we’re still hashing out issues that we found on the website,” McCalla said.

Despite the challenge’s focus this year on promoting hope during COVID-19, the team intends to “iterate” the Crown Education Challenge even after the pandemic ends.

“We hope that it will be an annual challenge with different themes,” Tan said. “We hope that in future years we’ll try to tackle other global issues while still maintaining the breadth of the arts, STEM, and writing categories for all age groups.”

Online submissions for the challenge opened this week and will be accepted until May 31. Entries will be judged by a panel of professors, artists, and other experts, and finalists will have their work published in the Harvard Technology Review.