The 1975 Say They’re in Love with Jesus Christ. I Don’t Believe Them. 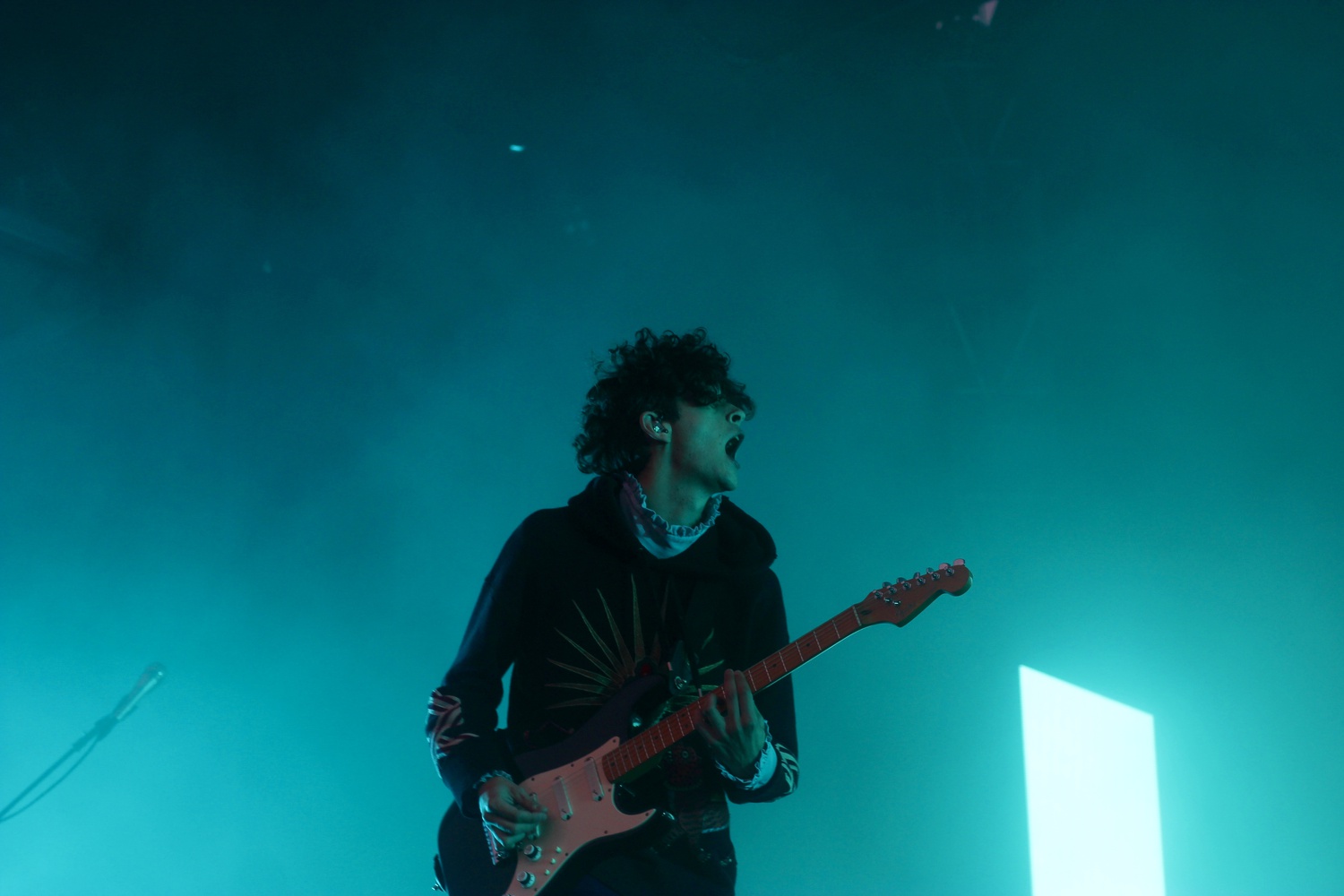 The 1975 in concert in 2017. By Lauren A. Sierra
By Sofia Andrade, Crimson Staff Writer

“I’m in love with Jesus Christ / He’s so nice,” self-proclaimed atheist Matty Healy sings in the opening lines to The 1975’s April 3 release, “Jesus Christ 2005 God Bless America” — practically begging fans to do a double take. The track, the sixth single off the band’s upcoming album, “Notes on a Conditional Form,” features indie-rock artist Phoebe Bridgers, who was supposed to tour with the band on their now-postponed summer tour.

“Jesus Christ 2005 God Bless America” is a stripped-down ballad, characterized by a light acoustic guitar and a horns section set far in the background. Its melody is refreshing and endlessly sweet, complementing Healy’s lyrics as they grapple with what it means to believe in a higher power while struggling with sexuality. No stranger to irony, Healy uses the song to outwardly claim devotion yet seems unsure of it throughout. “I’m in love, I’ll say it twice,” he sings in a failed attempt at sincerity. “Fortunately I believe, lucky me,” he later adds with Bridgers in the song’s chorus. So forced is his appeal to religion, and so outward his atheism in interviews and other songs, that the lyrics come across like a sad longing to belong. In his video for Genius’ “Verified” series, he shines light on the contradiction that arises from wanting to believe, yet being unable to: “I want salvation just as much as the next person,” he says. “I envy the faithful.”

It is this very contradiction that Healy explores in “Jesus Christ,” as his lyrics attempt to convince both his listeners and himself that he’s comfortable in his religion — or perhaps that he feels welcomed despite his love for another man, which the church and Jesus Christ would presumably find sinful. “I’m in love with a boy I know / But that’s a feeling I can never show,” he sings after describing how “low” he feels because of this love, or rather his inability to express it. Bridgers later echoes this sentiment, singing about her lust and love for “the girl next door” and the need to keep that love private just as Healy does. Their concern with religion and identity even crosses the line into existentialism, as their voices join to contemplate their own place in the world. “Soil just needs water to be, and a seed / So if we turn into a tree, can I be the leaves?” they sing together.

Sonically, the song is gorgeous. The 1975 create a beautiful finger-picking pattern reminiscent of their other acoustic guitar-based tracks such as “Nana” or “She Lays Down” — two songs which are shamefully overlooked within the context of The 1975’s generally sparkling repertoire — with a folk-inspired twang that’s surprising for the band. Over the one lone guitar, Healy and Bridgers’s vocals blend seamlessly into ethereal harmonies, bringing out the best in each of their voices. Right as Bridgers begins to sing alone on the song’s second verse, she is joined by distorted horns and saxophones, edited to sound distant and haunting against the immediacy of Bridgers’s crystalline vocals.

In “Jesus Christ 2005 God Bless America,” The 1975 are as sincere as ever, their lyrics characteristically cutting and clever with an added vulnerability that sets the song apart from the poppier numbers that appear to make up the majority of the upcoming album. Healy’s voice has nothing to hide behind — aside from Bridgers’s accompaniment — and at times the honesty of his words sting. At the same time, the lyrics are endlessly romantic, drawing listeners in to the thoughts that seem to plague Healy’s mind and creating the lovely, painful intimacy that The 1975 have made their own.