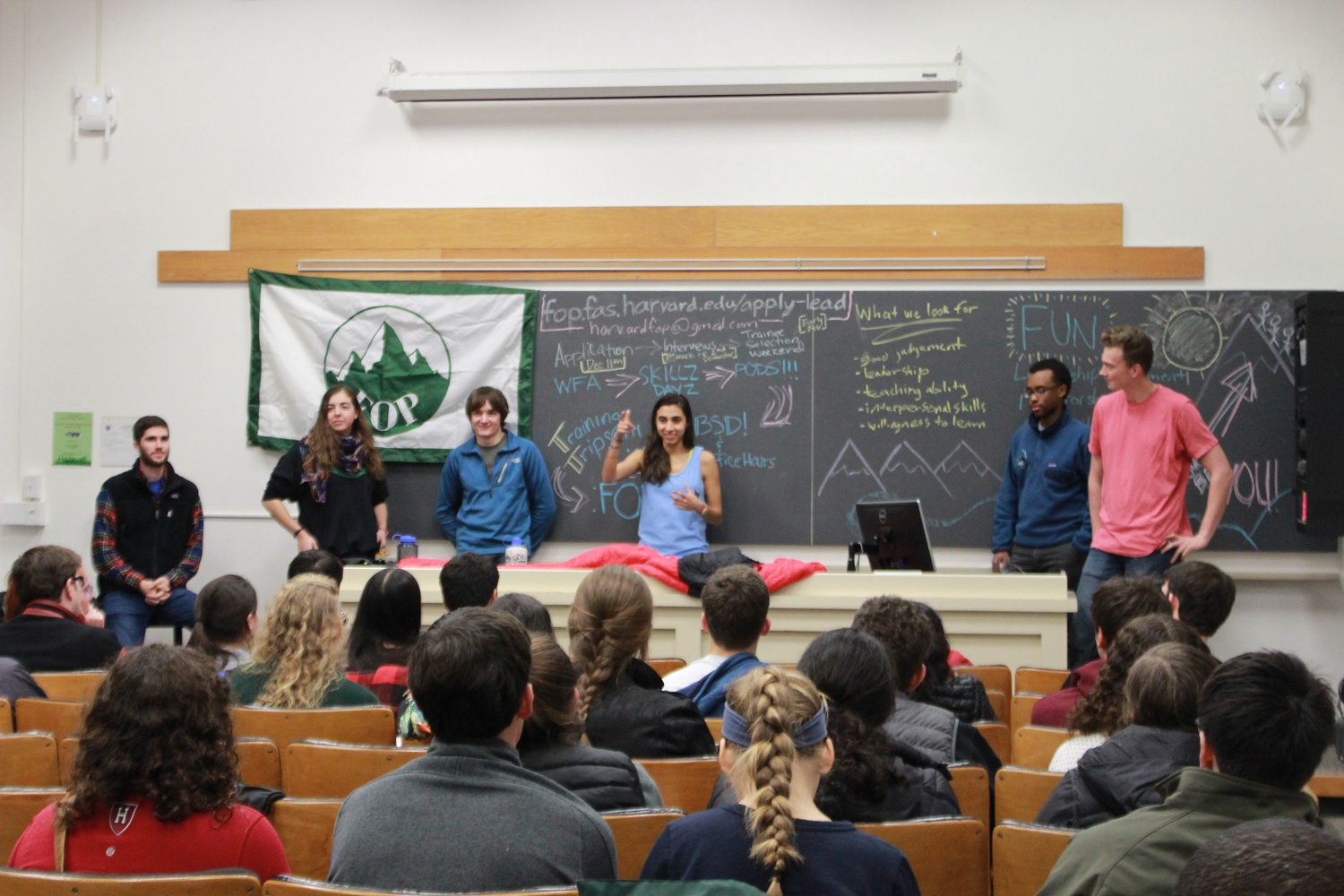 Like much of the College’s programming, freshman pre-orientation programs aimed at helping incoming members of the Class of 2024 adjust to college life will not occur as normal due to the unpredictable patterns of the coronavirus.

The College’s usual pre-orientation offerings range from the First-Year Outdoor Program — where students backpack, canoe, or perform trail work service in the wilderness of New England— to the First-Year Urban Program, where students work in Boston and Cambridge to advance diversity, equity, and social justice.

The FOP Steering Committee wrote in an email Wednesday to its trip leaders that the DSO has informed them the FOP trips will not take place in their normal form. They also wrote that the College is working on alternative programming, and that they plan to implement a “new vision” of the program.

“Yesterday we received word from the DSO that due to a more than likely altered fall semester, pre-orientation programs will not be proceeding per usual in August,” they wrote. “We're so sorry to all of you who have worked, trained, and prepared for our in-person August trips.”

“Expect to hear from us after the College makes a final call, but know that we haven't thrown in the towel yet,” they added.

FOP trip leader Matthew Z. Li ’22 said that while the program’s uncertain fate is a “bummer,” he ultimately understands the College’s calculus.

“You can’t run a pre-o if you can’t guarantee safety, or at least minimal risk, to your participants,” Li said. “While the cancellation is not set in stone, right now we’re acting as though we’re not going to lead trips in the fall.”

Students involved with FAP also received similar emails notifying them that pre-orientation programming will be altered.

College spokesperson Rachael Dane wrote in an emailed statement that pre-orientation programs will not be cancelled, but instead will be modified.

“The College is currently working with Pre-Orientation programs and their student leaders to determine how we will deliver our Pre-Orientation programs safely and within the guidance we are receiving from the University, state, and local health officials,” she wrote. “We know these programs are meaningful experiences for our incoming students, and we are thoughtfully considering how to maintain them."

Dane also noted that decisions about pre-orientation programs are independent of future University actions regarding the fall semester at large.