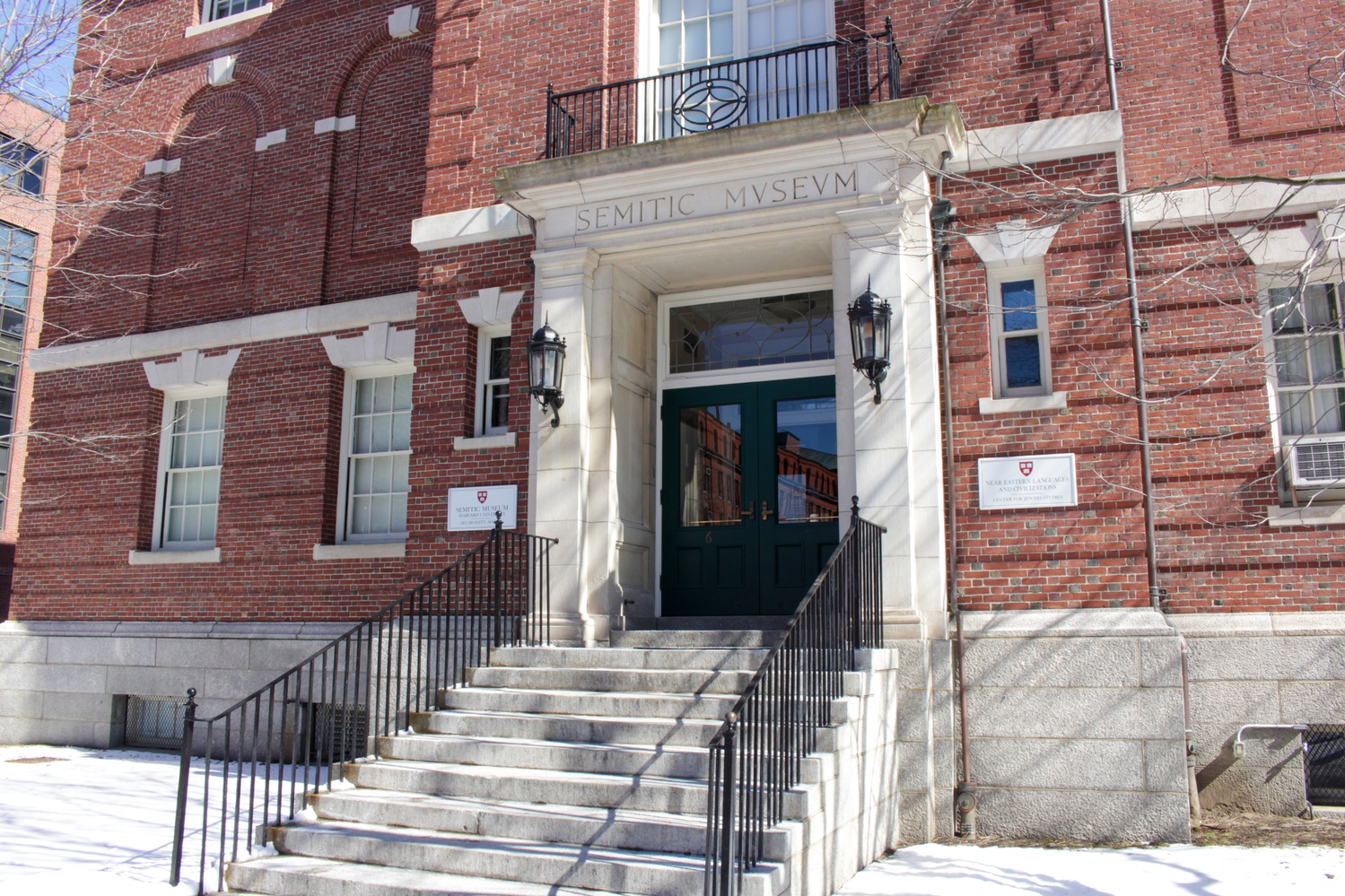 The Harvard Semitic Museum has changed its name to the Harvard Museum of the Ancient Near East, the museum announced earlier this month.

The name change was intended to make the focus of the museum clearer to the public, Museum Director Peter Der Manuelian ’81 said. Opened in 1903, the museum’s collections cover an Eastern Mediterranean group of ancient cultures whose languages were all in the Semitic language family, including the Israelites, Assyrians, Babylonians, and Egyptians, among a number of other civilizations.

Now, though, the word “Semitic” is rarely used the same way, Manuelian said.

“People are familiar with the term ‘anti-Semitic;’ they're less comfortable with what ‘Semitic’ refers to,” he said.

The process to change the name began several years ago, when the museum received a grant to consult with faculty and other affiliates from across the University on a potential rebranding. Manuelian said people from the Business School, the Law School, the University Provost's office, and the Faculty of Arts and Sciences got involved in the effort.

To gather even more perspectives, though, he and his team canvassed students and people passing through the Yard.

“We were asking these basic questions – ‘What would you expect to see in a Semitic museum?’” Manuelian said. “Most of the answers came back either ‘I don't know,’ or ‘Is that a Jewish museum?’”

“I wanted as many different perspectives as possible,” he added.

The new name is meant to reflect the geographical area from which the museum’s collections come. Manuelian said even the updated name isn’t perfectly accurate, but that it does a better job at conveying the collections’ unifying theme.

“If you're living in Japan, for example, Egypt doesn't seem particularly Eastern,” he said. “But since our building and our museum is located in Cambridge, we believe that we can do no better than that.”

Shaye J.D. Cohen, a Hebrew Literature and Philosophy professor, said in an interview he welcomed the museum’s name change, calling it “long overdue.”

“If we were to build the museum today, it wouldn't occur to anybody to call it the Semitic museum,” he added. “It's not a Semitic museum – it's a museum of the Ancient Near East.”

Both Cohen and Manuelian said this position has been unanimous among faculty and museum staff.

“No one has come forward and said ‘This is a really bad idea,’ or ‘This doesn't make sense,’” Manuelian said. “So the reactions have been pleasantly positive.”

In order to encourage people to begin using the new name, Manuelian and his staff have been testing various abbreviations, including “HMANE.”

Still, he said, he believes it will take time and effort before the new name is widely adopted.

“It'll be like the artist formerly known as Prince,” he said. “It's going to take a while, but we'll get there.”